The city is also requesting the state transportation agency create School Speed Zones around all schools on state-owned streets. 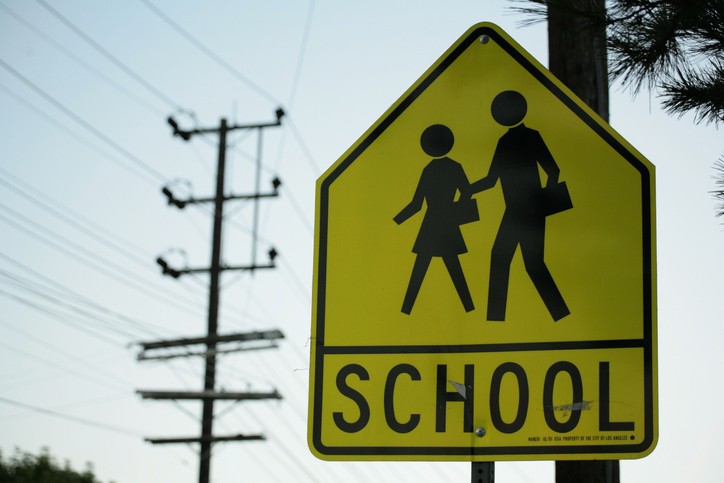 Portland City Council unanimously approved an immediate speed reduction on SE 26th Ave. near Cleveland High School Wednesday, while also asking the Oregon Department of Transportation (ODOT) to do the same on SE Powell Blvd., a highway that is operated by the state. The speed reduction, which relies on creating a “School Speed Zone” in the area, was prompted by urgent calls for safety improvements at the intersection of SE Powell Blvd. and SE 26th Ave. after a truck driver killed a bicyclist at that location earlier this month.

“I want to be really clear, [Portland] is not waiting for ODOT to take action,” said Commissioner Jo Ann Hardesty, who oversees Portland Bureau of Transportation (PBOT). “The moment is right to implement changes to not only this specific intersection, but to be proactively thinking about how we can improve safety around all schools in the city of Portland.”

SE Powell Blvd. has long been identified as a dangerous road in Portland by both city data and community members. The street is considered a high crash corridor—one of 30 streets in Portland where the most car crashes occur—and the intersection at SE 26th Ave. is characterized as a high crash intersection, according to PBOT data. Seven bicyclists and two pedestrians have been seriously injured at the intersection between 2010 and 2019.

Portland chef Sarah Pliner was killed on October 4 when her bike was hit by a semi-truck driver at the intersection. On Tuesday, just over two weeks since Pliner’s death, a Cleveland student was hit by a car at the same intersection. The student was not seriously injured, according to a statement from Cleveland High School Principal Jo Ann Wadkins emailed to parents and first reported on by Bike Portland.

The resolution passed Wednesday installs immediate and long-term changes. Because PBOT owns SE 26th Ave., which is adjacent to Cleveland High School’s main entrance, it can immediately create a School Speed Zone on the street, lowering the speed limit to 20 mph during school hours with signage. According to PBOT staff member Wendy Crawley, the new speed limit signs will be installed as early as Thursday along SE 26th Ave. The resolution also directs PBOT to create 20 mph zones around all middle and high schools in the city, going beyond a state law requirement to create School Speed Zones around elementary schools.

PBOT will also paint green bike boxes—areas of a street designated for bicycle riders that allow bicyclists to wait in front of drivers at traffic signals—on SE 26th Ave. in both directions of the SE Powell Blvd. intersection within the next few months, weather permitting. The intersection used to have bike boxes until ODOT removed them in 2018 in an attempt to encourage bicycle traffic to relocate to SE 28th Ave. According to neighbors who live near the intersection, ODOT’s strategy did little to discourage bicyclists from pedaling down SE 26th Ave.

To further protect the intersection, the city plans to install a mid-block crosswalk across SE 26th Ave. just north of SE Powell Blvd. The crosswalk would include a concrete island in the middle of the road. Crawley described the crosswalk as a “longer term” project and did not provide an estimated timeline to council.

PBOT is also requesting ODOT create high-visibility crosswalks to SE 26th Ave. across SE Powell Blvd. and change the crosswalk signals to give pedestrians a few seconds to start crossing the street before drivers get a green light.

The resolution also urges PBOT to ask ODOT to establish a School Speed Zone on SE Powell Blvd, which would lower the speed to 20 mph on the state highway during school hours. ODOT did not immediately respond to the Mercury’s request for comment, but ODOT Director Kris Strickler recently stated that “no change is off the table” when it comes to addressing safety issues on SE Powell Blvd.

This change isn’t limited to one particularly dangerous intersection. The city will ask ODOT to create School Speed Zones around all schools along state-owned roads; it’s unclear what other schools will be impacted by that request.

The council resolution also calls on the state to study how freight movement, including semi-trucks, impacts the neighborhood around Cleveland High School, and to partner with Portland leaders to determine the cost of upgrading the safety conditions of SE Powell Blvd. from SE 9th Ave. to I-205 and transferring it to city ownership. Hardesty pointed to the recent transfer of 82nd Ave.—a previous state-owned highway—from state to city ownership in 2021 as a model.

“This resolution is very easy to support,” Commissioner Dan Ryan said before voting yes on the Wednesday resolution. “It’s about time that we put the safety of our kids well in front of ODOT’s concerns.”