Jacob Schraer
Back to article

1
"It's like drinking a 100 bottles of whiskey and having your tits sucked."

Hmm. Perhaps I'm missing the intrinsic euphoria of this. I just see lots of black-outs and vomit but then again, I've never had that much whiskey or done heroin.

The earnestness with which Glen asked Sally is he wanted his backwash was pretty damn funny.
TSW on October 11, 2010 at 10:36 AM Report this
2
"I'll save you my fritos".

YOUNG LOVE.
kiala on October 11, 2010 at 10:46 AM Report this
3
Danny Strong was written out of the show because he's moving here to be my boyfriend, on the condition that he always dress like Danny Siegel. YES, WITH PIPE.

It bothered me that Lane was back with absolutely no ceremony. I like Lane; he's my favorite underdog. And then that line to Don about "It's as though you've forgotten that I moved my entire family back here from England." or whatever, as though we even knew. Dramatic irony?

I'm pretty sure Betty doesn't want Sally seeing Glen because she's jealous. And, had Glen not run away, she would have asked if he still had a lock of her hair after demanding Sally get in the car. Also, I'm pretty sure Sally was in bed later for masturbations.
sharktooth on October 11, 2010 at 10:48 AM Report this
4
Glen in a football uniform. OMSG. I never want to see him dressed in regular clothes again.
Wm. Steven Humphrey on October 11, 2010 at 11:14 AM Mercury Staff 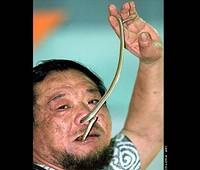 5
Glen is the Forrest to Sally's Jenny -- only instead of a low IQ, he'll grow up to fondle children (i.e., become a priest).

I agree Betty is jealous of Sally over Glen. What position is Glen supposed to be playing in #92? Clearly they've put him in one of the jerseys they give to fat kids.

I'm worried that Pete hated Don's advertorial as much as everyone else did (except Peggy and Megan, the only ones who didn't hate it) -- Pete is usually a few steps ahead of the old farts. All that phone-ringing we so conspicuously heard in the background on the morning after Don's gimmick might turn out to be nothing but the bad kind -- reporters, accounts closing, more pranks based on bad Kennedy impressions. Then what? SCDP shuts down and we follow the remaining few characters as functionaries working at McCann Erickson? Maybe Danny Strong can work in the mailroom?

Things don't look good for Harry -- either curtly dismissed because he's not a partner, or because he's about to be axed. Does it matter? It's not clear why they kept him around this season when he barely did or said anything.

Good riddance to Bert, though. The firm won't miss his sitting around reading the newspaper, and neither will viewers of the show.

We need more Lane Price! I want to see him cane his dad back, do some more of that fun steak-on-the-crotch bit, and more of that weird chatter he put out when he and Don were drunk watching a Godzilla movie. 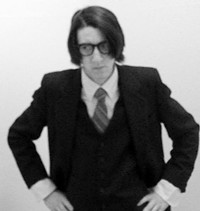 They were sure beating us over the head with symbolism as Sally and her doc played 'go fish', maybe Betty will open up more if she plays hearts. The total role reversal between mother and daughter was so obvious after her refusal to see a grown-up shrink. Glen really wants to know what Betty has told Sally. I say he thinks she knows about the lock of hair but if Bets not careful Sally's gonna start thinking they fucked.

I wonder how Roger's gonna run with this whole tobacco ban, he seemed to warm up to it when he talked about the Cancer Society call but I hope he starts using this to fuck with Lee Garnner. I love that the wild card (Sal) is still up the writers' sleeve, I just hope they get around to using it one of these days.

I'm kinda sad about Midge. Maybe its because she's the first one we ever met but she was still the Don mistress that I had the biggest crush on and when I saw her in the lobby I was hoping that she was just as successful and smart as Faye, and thus become a contender for Don. But this makes for the better story I guess.

So how soon before people like the ACS start calling SDPC (Sterling Draper Pryce Campbell?) out on the smoking bullshit? When execs come up for a pitch will they have Joan run around putting out butts and hiding ashtrays? Would they even go that far?

Will Peggy ever get to make out with Faye?