300 Arguments You’ll Either Love or Hate

OVER THE PAST decade, author Sarah Manguso has become known for her taut, strangely singular memoirs that balance emotional vulnerability with an almost cold precision. In her latest, 300 Arguments, Manguso takes this tendency toward poetic economy a step further, asking her readers to “[t]hink of this as a short book composed entirely of what I hoped would be a long book’s quotable passages.”

The brief entries in 300 Arguments fluctuate in length and point of view—ranging from five-word-long generalized assertions to paragraph-length personal stories. But the book’s foundation is made up of its many perspective-altering aphorisms, like “When the worst comes to pass, the first feeling is relief,” “Like a vase, a heart breaks once. After that, it just yields to its flaws,” and “Every new routine begins in desperation. And ends in a different desperation.”

Though the accumulation of these entries has a certain difficult-to-deny power, the book will almost certainly be divisive. I wanted to gift it to everyone I know, read it aloud to strangers on the bus, and transcribe it by hand in its entirety like a holy text, but other readers might wonder what the point is. The book doesn’t necessarily tell a clear story, and some of its layers will only be apparent to those who have read Manguso’s previous work.

To most, calling 300 Arguments a memoir would be a stretch. But it is, at least, a portrait of a life—one belonging to a writer/mother/partner/teacher whose days are full of existential dread, but backed with enough wisdom to see the occasional humor. “The trouble with comparing yourself to others is that there are too many others,” she writes. “Using all others as your control group, all of your worst fears and all your fondest hopes are at once true. You are good; you are bad; you are abnormal; you are just like everyone else.”

Joshua James Amberson's work has appeared in The Los Angeles Review of Books, The Rumpus, and Tin House, among others. He's the author of the chapbook Everyday Mythologies on Two Plum Press, and he's currently working on a young adult novel about memory loss and a collection of essays about eyeballs.
If you enjoy articles like this, please help the Mercury continue our mission of providing up-to-the-minute information, progressive journalism, and fun things to do in Portland by making a small recurring monthly contribution. Never forget: Your help is essential and very much appreciated!
CONTRIBUTE NOW 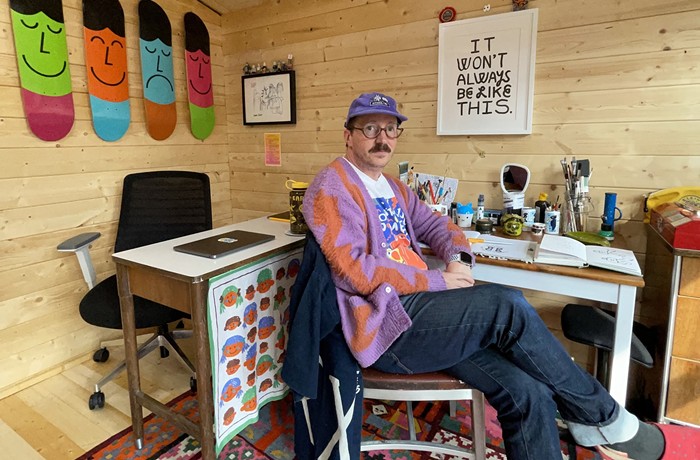