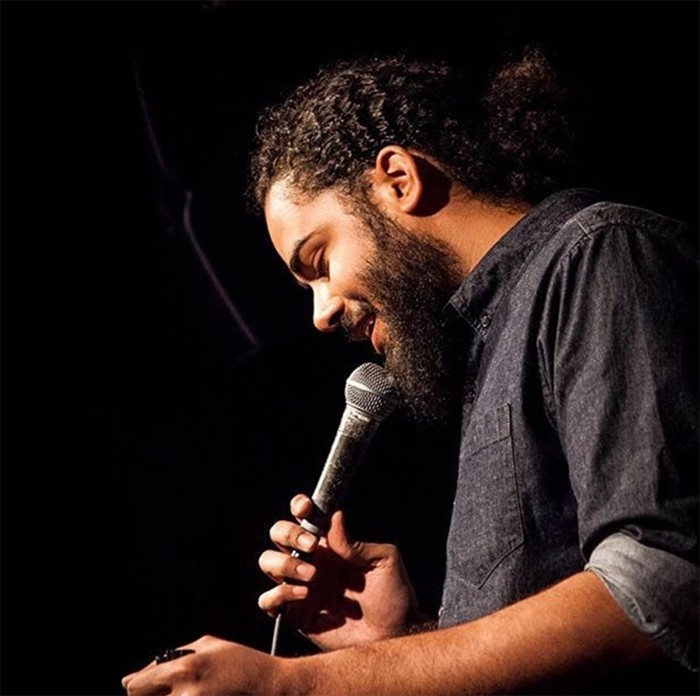 “You wouldn’t believe the backlash we got the first year,” Tyrone Collins says. He’s fresh from a radio interview promoting the three-day NW Black Comedy Festival that he and his wife Courtenay Collins organize. “We didn’t realize we were gonna have so many people want to be a part of it.”

Tyrone—who goes by The Real Hyjinx onstage—doesn’t give a specific event that inspired the festival’s founding, but he says it was hurriedly planned through the fall of 2016. When the fest started up, the only other comedy showcase in town that promised a bill focused on people of color was the much-beloved Minority Retort. The Collinses wanted to take it further. They wanted to put on a festival.

It began with the two of them making phone calls to their favorite Black comedians, asking “Would you please be part of this?” It’s unimaginable to me that the NW Black Comedy Festival didn’t have a website (it still doesn’t have a website!), but according to Tyrone, they never felt the need, and wanted to put that money toward other things. This is how they work, person to person. In the same way, years before, their company Dirty Angel Productions grew—from a small business Courtenay had created to manage The Real Hyjinx’s career, into the pair running multiple open-mic nights around town.

“The festival is just a small part of the whole sum,” Tyrone says. “Our open mics give us an opportunity to see a lot of the talent and get them booked on shows and get them ready for festivals.”

“The festival is just a small part of the whole sum,” Tyrone says. “Our open mics give us an opportunity to see a lot of the talent and get them booked on shows and get them ready for festivals.” He sees the NW Black Comedy Festival as something that grew out of those open mics and from their desire to give opportunities to the Pacific Northwest’s next generation of Black comedians.

This year—the third year—is the first time the fest has been able to bring in out-of-town headliners to mingle with local talent. Mark Caesar (Fri Feb 15, 7 pm) from New Orleans, whose jokes are wild and whose thick Louisianian accent I can barely understand, and sweetly snarky Chaz Carter (Sat Feb 16, 7 pm) from Tampa will share stages with Portlanders like the Mercury’s Party Review columnist D Martin Austin. Minority Retort’s Friday night showcase (Sat Feb 16, 10 pm) boasts the wonderfully dry LA comic Papp Johnson, and Curtis Cook (Fri Feb 15, 10 pm), who left Portland for LA in 2016, will reprise his role of being very funny and smart on stage to the delight of us all.

According to Tyrone, the highlight of the fest will be Tacoma comedian (and Mercury “Undisputed Genius of Comedy”) Debbie Wooten’s headliner set (Sun Feb 17, 9 pm). Wooten was a huge inspiration and help to Tyrone when he was starting, and she’ll receive an award celebrating her long career.

Unfortunately, Miami’s Tobe Hixx had to cancel his appearance at the last minute, but Tyrone stresses that local comedy is really the festival’s main attraction. “There’s talent here. Don’t overlook it.”