Pedalpalooza’s first ride geared exclusively toward Native and Indigenous riders drew attendees from as far away as Arizona. 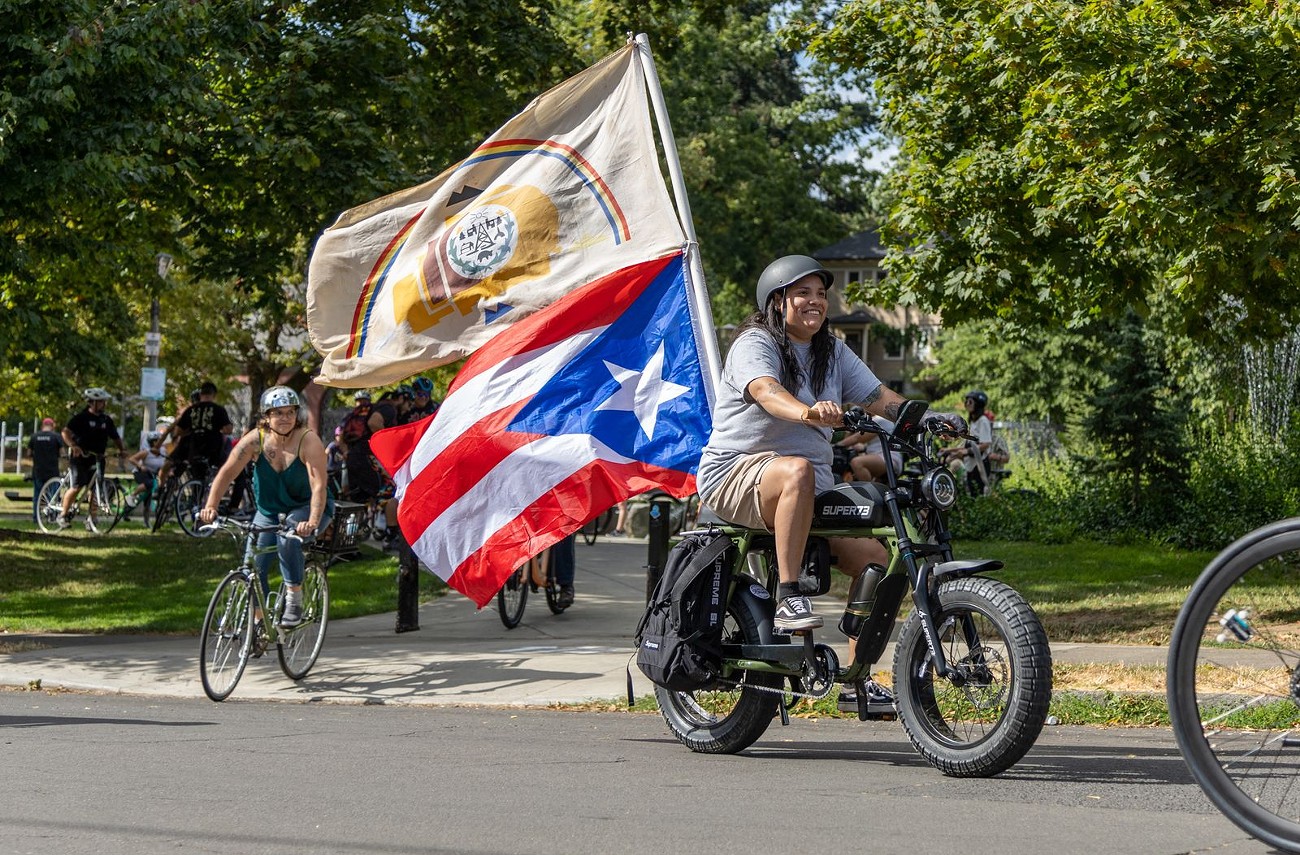 Alexis Vazquez, left, identifies as Taino, a group of people Indigenous to what is now Puerto Rico, and uses they/them pronouns. Vazquez proudly displays the Navajo Nation and Puerto Rico flags as they lead the riders to the next stop during the ride. Jarrette Werk/Underscore News

All photos by Jarrette Werk. This story originally appeared on Underscore News.

"So many people came together for this," said Beyale. "Imagine what we could do if we made it an every year thing. It could just get bigger and bigger."

The seven-mile, party-paced ride rolled out at 3 pm from the Hampton Opera Center on the east side of the Willamette River. Riders headed to Colonel Summers Park, then crossed the river to breeze along the scenic South Waterfront. The finale was a celebration at Portland State University's Native American Student and Community Center with fry bread, music and vendors.

Underscore is a nonprofit collaborative reporting team in Portland focused on investigative reporting on Indigenous affairs. We are supported by foundations, corporate sponsors, and donor contributions. Follow Underscore on Facebook and Twitter.

Tags: Bikes
If you enjoy articles like this, please help the Mercury continue our mission of providing up-to-the-minute information, progressive journalism, and fun things to do in Portland by making a small recurring monthly contribution. Never forget: Your help is essential and very much appreciated!
CONTRIBUTE NOW