500+ Turnout For Pro Adams Rally: "Tell that motherfucker to get back to work."

"I wanted to come just to swell the numbers, not to speak, but look at all of you, it looks like you didn't need any help," said Dan Savage. "Your city is progressive, everyone in Seattle is green with envy." 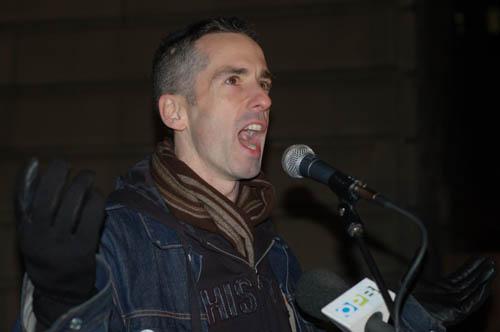 Savage: Criticized "this bullshit campaign on the part of the media."

"What they're doing is what they did with Bill Clinton," he said. "The Oregonian is assuming that Portlanders can't forgive him, that we don't have a sophisticated view of sex and relationships. But obviously, the Oregonian is lying about Portlanders."

Savage, six months ago, wrote in his column, "Gay men in their 30s and 40s who will date teenage boys are almost always scum." The Mercury did not seek clarification on what's different, now...

"All of us know that if our deepest, darkest secret was on the cover of the newspaper, it'd be very hard to show up for work the next day," he continued.

Apart from Savage, the lineup of speakers was the same as at the chaotic press conference earlier today, minus City Commissioner Dan Saltzman. Their messages, too, were the same.

"When Sam Adams went down to Salem for Beau Breedlove's 18th birthday party, he ended up in Salem, Massachussets, circa 1692," said writer, Mark Acito.

Holly Tiele, Lisa Schroeder of Mother's Bistro, Steven Cassell of the Jupiter Hotel all got up and told the crowd "I'm with Sam."

"I'm Byron Beck, and I'm with Byron Beck.com," said the Willamette Week's former Queer Window columnist. "Actually, I don't know what I am. But I'm with Sam!"

Zoobomber Dave Terry read a statement, again, from Gus Van Sant. He gave a "shoutout to the crazies at the back," the counter-counter-counter-protesters, still calling for Adams' resignation. But there was no violence.

"I'm Storm Large, and I'm a big mouth," said the entertainer, before leading the audience in a rendition of America The Beautiful. 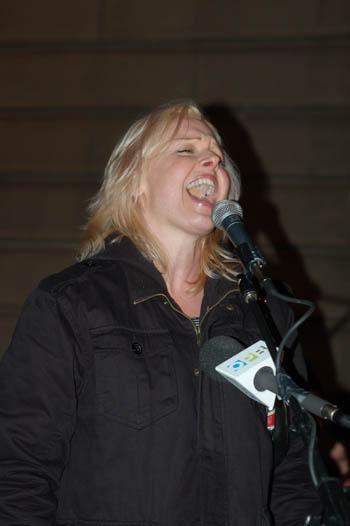 First amendment attorney Charlie Hinkle got up again and repeated his assertion that even if Adams had had sex with 17-year-old Beau Breedlove, it wouldn't be the "worst crime in human history." He hit back at "the blogosphere" for criticizing him for saying it earlier. Then, to crown it all, Storm Large gave a rendition of "Stand By Your Sam," to the tune of "Stand By Your Man," with the following lyrics:

Sometimes it's hard to be in Portland.
Giving all you got to this guy Sam.
You'll have bad times,
He'll have some good times,
Doing things that you don't understand.
But if you love him,
You'll forgive him,
Even though he's hard to understand.

Oh, Portland,
But if you love him,
You can be proud of him,
Cos after all he's just a man.

Stand by your Sam,
Give him two arms to cling to,
And something warm to cling to,
When the nights are cold and lonely.
Last of all, Adams' sustainability and planning policy advisor, Amy Ruiz, handed Storm Large a digital recorder, which Storm Large pointed at the crowd and demanded: "This is going straight to Sam Adams. Tell that motherfucker to get back to work." 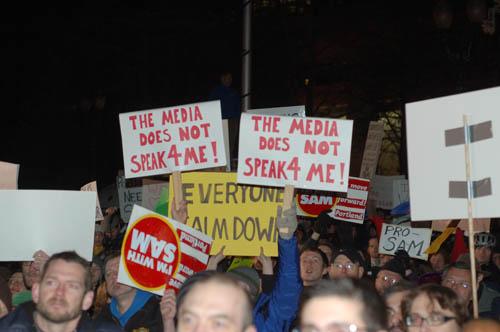 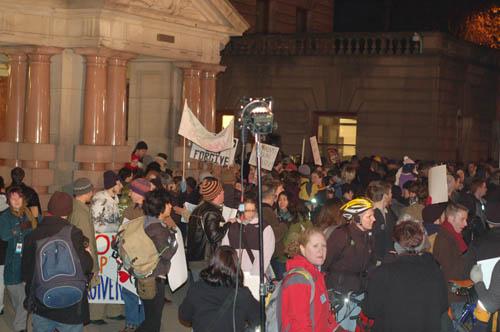 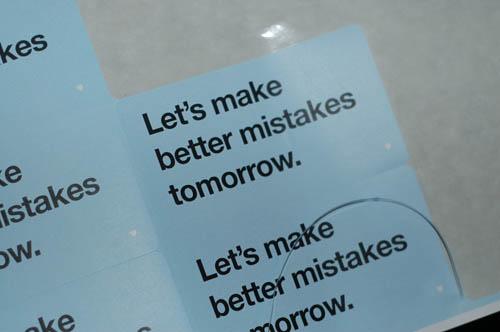 I don't know about you, but I'm starting to hope Adams doesn't resign tomorrow. It's like the BBC pulling Eldorado just when it got interesting.

UPDATE, 7:00 pm: It's rumored that Adams has hired Robert Weaver, who was Tonya Harding's attorney. As if things couldn't get weirder, they just did.

UPDATE: The AP's coverage of the event is here. And here's what Jonathan Maus of bikeportland.org had to say.

Comments 42
Tags: Media Portland Politics City Hall Blogs
If you enjoy articles like this, please help the Mercury continue our mission of providing up-to-the-minute information, progressive journalism, and fun things to do in Portland by making a small recurring monthly contribution. Never forget: Your help is essential and very much appreciated!
CONTRIBUTE NOW