The Hungry Tiger was a dive bar on E Burnside, and a lot of heavy drinkers were dismayed when it shut down a few months ago. The Hungry Tiger Too is a bar and restaurant on SE 12th, opened recently by the same owners. Now, I don't know what the food was like at the OG Tiger, because I refused to eat it. My suspicion of their food ran so deep that when my ex-boyfriend ate hamburgers there, as he frequently did, I refused to kiss him until he brushed his teeth. However, I would totally make out with someone after eating at the Hungry Tiger Too: The sketchy kitchen vibes emitted by the old place are nowhere to be found. The owners must understand that dive bars aren't built in a day, because the Hungry Tiger Too makes no attempt to replicate the original. Instead, the emphasis is on food, with a comfortable dining room and a menu full of diner classics. (The Tiger's semi-notorious "All-Day Sippers"—huge bowls of liquor in various froofy flavors—can still be found in the small bar side of the restaurant, in case anyone's got a hankering for some adult-onset diabetes.)

The menu reminds me of the suburbs. More specifically, it reminds me of the particular brand of comfort food frequently found in family-owned diners just off Highway 99. Take the California Tiger, which to my mind sums it all up: a sandwich with cream cheese, lettuce, tomato, cucumber, Swiss, and... wait for it... avocado! It's the taste of suburban vegetarianism, and I gotta say, I love it. The mac and cheese is another great standard done right. Served bubbling hot with a side of garlic bread, it's an honest portion of straight-to-my-ass pasta and cheese—well executed, zero frills. Also on the menu, you'll find chicken wings, chili cheese fries, a bunch of burgers and sandwiches, and breakfast options. Basic as all get out. Everything I tried was solidly prepared, except for the "crinkle fries," which not only were the crappy pre-frozen kind they always served in the school cafeteria on fish-stick day (no wonder I was such a fat kid), but were severely undercooked.

No review of this bar would be complete without mention of the house Bloody Mary. Resting on every table is an illustration of an extravagantly garnished Bloody, boasting an array of pickled veggies, a house-made mix, and basil-infused vodka. I couldn't resist ordering it just to see if the drink matched the illustration. (When I ordered a Bloody Mary, the server said, "Do you want the fancy one?" Aw... hell yeah.) It came pretty close: Garnished with pickled broccoli, mushroom, radish, carrot, and asparagus, this is one of the most elaborate cocktails I've ever seen.

It took me a while to figure out why I like the Hungry Tiger Too so much. The food is, after all, standard diner fare—prepared well, sure, but there's nothing intrinsically interesting about it. Certainly nothing that would explain why I felt so content hunkering down with a sandwich in their dining room the other day. The reason, though, is simple: I grew up in the suburbs. This, for better or worse, is my culinary heritage, and the Hungry Tiger Too does a fine job respecting the tradition of roadside diners everywhere. 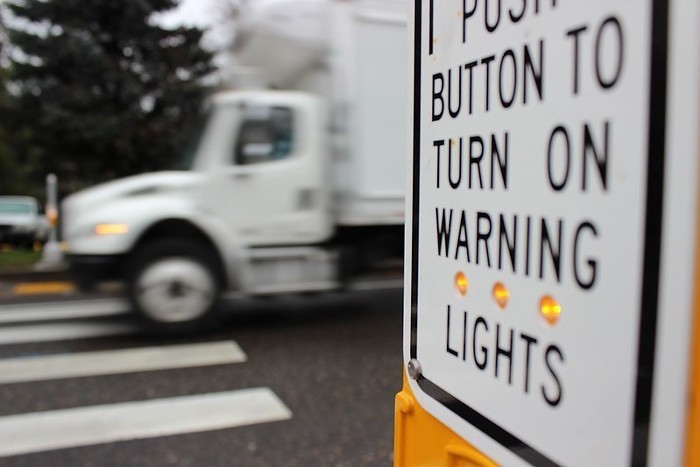