REDWOOD, the six-month old Montavilla restaurant, opened amid seasoned peers who already had sure footing and solid reputations. The Observatory and Country Cat, to name just two, earn their crowds and make their money with upscale, scratch-made comfort foods, and they are the yardsticks for dining in the area. Redwood, which uses precisely those words to describe its offerings, is picking a big fight. Three recent visits suggest several areas for improvement, if they are to compete.

They balk a little by calling their menu a "bar menu," as it's a restaurant-size menu, and the space itself is more restaurant than bar. A large and minimalist room in dark tones of stained redwood, cast iron, and crimson, it still seems as wanting of decoration as opening day, but with its large, street-facing windows and pleasant evening light, it's pretty enough to host a casual dinner. Service is prompt and friendly, with every dish checked after and every detail of the table carefully minded. A tab for two, with appetizers, mains, and a drink apiece, will run $50-60 before tip.

Of the 11 dishes sampled, nearly all needed more careful execution. For mains, the only successes were their truly excellent burger ($9, served with crisp, fresh-cut fries or an unusually respectable side salad) and a meaty, corned-beef-like braised pork shank sandwich, with creamy mustard slaw and pickled vegetables ($9, also with fries or salad). The burger is thick, fragrant from grilling, and lightly packed enough to baste in its own delicious fat. The pork shank is large shreds of tender, strongly seasoned meat whose attractive pink hue suggests curing salts, and both are served on light brioche-style buns that stand up well. Crisp and nearly curd-like cheddar and corn fritters (also filled with ricotta and pickled jalapeño, $8) come with a strong chile-vinegar dipping sauce, and should be on every table.

For starters, the chicken liver mousse plate (with house pickles, baguette, mustard, and apricot jam, $8) features a fat-topped crock of exceedingly smooth, mild mousse with a light mushroom finish and no discernible tang of cognac or brandy. It's a good plate for four to share, but would be better if the wax-like lid of schmaltz were creamy, and didn't pop off in one weird piece like a Tupperware cap. Pickled onion rings ($7) are nearly there: The flavor from pickling is noticeable and nice, but the added moisture leaves the breading hanging on by a whisper. Fried brussels sprouts ($7) come out still shining with oil, and are hit too strongly with spices and lemon juice, making them tart and bitter.

The salads ($7-8) are served in those cheap heat-pressed bowls of interwoven wood veneer, like you see in pitcher-and-pie pizza parlors, and seem tacky and discordant in context here. After eating with your eyes, you'll notice that the radicchio salad with lardons, chopped hard-boiled egg, croutons, and mustard vinaigrette ($8) shouldn't have refrigerator-cold pork, unforkable bread, or such a thin dressing. The apple and blue cheese salad ($8) with candied walnuts was also generously laden, but its presentation was haphazard, making it feel less than special.

For mains, the braised tongue sandwich with pickled vegetables and a caper-tarragon mayonnaise ($9) was filled with tender, deeply beefy braised meat, and would have been a hit if it didn't come to the table sitting in a roll-sogging sheen of its own juices. A massive, brined pork chop ($16, with fritters) was grilled to perfection and brushed with a simple house BBQ sauce, though celery salt played an unusually prominent role. A large dish of roast chicken chilaquiles ($16) had the uniform mushy texture of a burrito filling or church-function casserole, its tortillas too soft to add contrasting chew.

The cocktails taste like they're eyeballed, rather than measured, and tend to be watery, wandering fruit punches with an unfortunate penchant for salted and sugared rims. The flavor of celery can be used well in a carefully made drink, but the bizarre Wilson (bourbon, apple juice, muddled lemon, celery bitters, celery salt rim, $7) was about as thirst quenching as a Chicago dog with the works. The La Llorana (tequila, triple sec, house-made raspberry cordial, muddled lime, rocks, salted rim, $8) just tasted of dormitory mixology. At least the Redwood Original (bourbon, sweet vermouth, bitters, orange, cherry, muddled lime, $8) had about twice as much bourbon as anyone had a right to expect, and got high marks for value.

For a restaurant that puts so much emphasis on scratch cooking, and which is capable of so many good elements, these many but minor fumbles (put the salad in a nice bowl, drain the tongue better) are easy fixes. At the six-month mark, it's critical that they take a page from their neighbors' playbook and add some polish to their offerings.

Redwood is open nightly from 4 pm until late. Happy hour 4-6 pm and 10 pm-close. 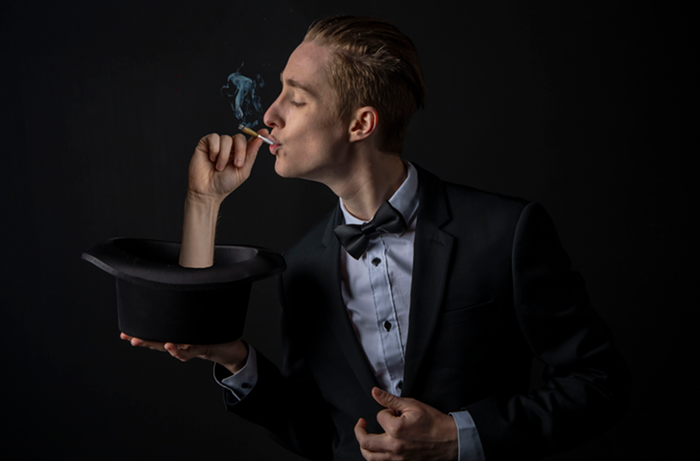