A MASSIVE MURAL of a black eagle is the only art on the walls inside the West End's new quick-turn pasta café, Grassa, and he seems to be there to say, "It is I who killed the curse of Corazón."

Some quick history: Mexican restaurant Corazón was the leviathan investment, and failure, of Kurt Huffman's ChefStable. From the ashes, bit-by-bit, he divided and conquered the massive Corazón space. He placed a second location of Rick Gencarelli's sandwich counter Lardo—a name that's essentially a license to print money—in one end. In the other he put Ración, the high-end modernist Spanish kitchen of Anthony Cafiero. Now, in the middle, he's letting his star player Gencarelli do his thing, just in a different medium.

The main space looks like the lunchroom at a pasta factory, with stamped metal stools, workbench-like communal tables, and a large corkboard that seems to have actual, relevant paper clutter on it. Thick yellow extension cords run from the ceiling to the pasta machines behind the counter; exposed conduit snakes around the ceiling in a way that quietly says, "I passed the buildout savings on to you." It's a welcome sentiment. It's not a place to linger, but it's entirely comfortable for the quick meal it's meant to sling.

The menu is all pasta—all made fresh on-site, no less—with four starters. A handful of cocktails, a beer, a little wine, and a couple sodas are the rest of it.

The best of the starters is a bold Italian-American antipasti salad ($8), balanced and tangy with an oregano-spiked vinaigrette. A generous serving of cured meats, marinated peppers, dry provolone, and white beans is tossed with chilled, refreshing iceberg—it's the best-tasting hoagie in town, deconstructed. A fritto misto ($9) of calamari, shoestring fennel, paper-thin lemon wheels, and hot Calabrian chilies scored an 8 out of 10: generous portion, clear flavors, good seafood, and a distinctive ingredient set, but the breading was a little soft. The escarole Caesar ($8) was too salty and needed a hit of lemon, though it was dressed with three high-quality white anchovy filets.

The flavor and execution of the pasta mains ranged from good to excellent, and now I'll belabor a point: these not-insubstantial dishes range from $8-12, or about two-thirds what similar offerings cost in more elaborate settings. The thoughtfully cut condimenti cling, the noodles hover tightly around al dente, and the well-matched flavors would be right at home in a fine dining atmosphere.

Mezze rigatoni with "Sunday pork ragu" ($8) might be the best dish on the menu. Grassa's ragu has the richness, roundness, and tempered sweetness that can only come from days-long preparation and beautiful meat; the shreds and morsels taste deeply of masterfully cooked pork. It is a harmonious and complete pasta one could eat every night. The tomato-braised dark meat chicken in the radiatore ($9) ate much like the pork—so much so that I nearly mistook it at first. A dollop of warm, fresh ricotta and a spicy julienne of fresh basil make for a strong contrast in this slightly lighter ragu-based dish, and it's garnished with signature shards of crispy fried pork skin. Gencarelli's take on carbonara ($10) is loyal to the original, with a twist. The hot noodles are given time to cook and absorb the raw sauce of egg and cheese, then tossed with pork belly and black pepper. Finishing touches of toasted bread crumbs and a poached egg gild the lily, but add unique texture and nuttiness.

The sturdiest of the dishes is the Italian sausage with gigli (also known as campanelle), roasted peppers, grana, and sautéed escarole ($10). It's nearly a casserole in its density, but for all its heft, the bitterness of the greens, the richness of the proteins, and the sweetness of the peppers make for a flavorful alternation that keeps the eating interesting.

After that apogee of sturdiness come a couple dishes which tipped toward unctuous. In one, gigli is tossed with a summery blend of tomato, pan-roasted sweet corn, sweet coppa salami, finely grated grana, and bread crumbs ($10). Flavor-wise it's dynamic, but it fell to the wrong side of oily. Ricotta gnocchi ($10) make the sole non-pasta appearance among the mains, but the light, tender dumplings—intensely sauced with white wine, garlic, basil—sit in such a buttery puddle it breaks the spell.

One clear area for improvement is pacing. The current model doesn't allow dishes to be coursed, so appetizers and entrées tend to arrive all at once. The food and experience can suffer.

The offerings at Grassa are robust, and often intense. This isn't a feather on a fulcrum, it's a barbell, and it's remarkably balanced. For that, as well as for price and quality, it's highly recommended for a casual meal. 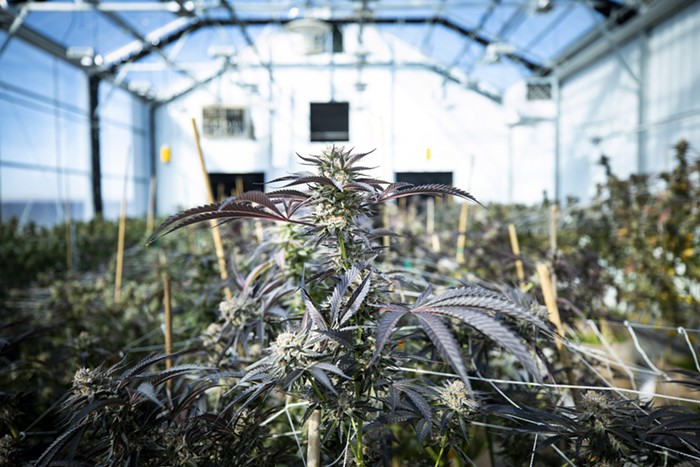