Room with a Vibe

Upstairs and Down, Teote Is a Success

I FIRST RAN across Fuego de Lotus, the areperia cart that begat Teote, a few years ago. It was a spitting gray day on NE Alberta, I didn't know what an arepa was, and the man in the window seemed so drained by the labors and worries of opening his business that I didn't dare pry. I think I ordered a sausage on a roll and ate it in the backseat of my car. Nobody learned much that day.

Fast-forward several years—and several moves—and Fuego de Lotus has blossomed into the startlingly polished and complete Teote. It's a handsome two-story building whose aesthetics and positive energy merit strong mention: Though it's a casual counter-service restaurant, the interior décor (particularly upstairs) is beautifully executed and the resulting feng shui is warm and comforting. A high level of expertise went into designing this dining experience; these things don't happen by accident. Upstairs and down the woodwork and iron details speak of an investment daringly out of synch with the cost of the food.

The menu is built upon, but not limited to, the flatbread-like arepa. These are thick pancakes of corn dough, deep-fried until firm on the outside and tender within, then slashed and filled with a variety of slow-cooked meat, pickled onions, cheeses, and sauces. The arepa itself is well made, and consistently so: nutty and lightly salted, warm, greaseless, and with a blend of gratifying textures.

Arepas are simply the platform, though, for a variety of remarkable meat preparations. These stir-fries and braises are, largely, mature and perfectly balanced recipes, with a depth of flavor that suggests days of simmering and countless tiers of process. The standout here is the El Diablo (all meat arepas are $6), Carlton Farms pork belly sauteed with a decidedly sweet yet complex red chili maple sauce. Its peppers and onions are cooked nearly to a jam; pleasant hints of cardamom add to the fragrance of the caramelized, nearly melting pork. It's topped with pickled onions, a verde sauce, cilantro, and fresh, salty, crumbled queso.

Similarly rich and complete is the Pernil, deeply browned and braised pork in a delicious morita chili sauce. Its profile is fairly sour and distinctly spicy, with a tart sweetness that reminded me of tamarind. The Pabellón arepa, shredded Painted Hills flank steak braised with peppers, was also roundly flavored. The only quadruped meat that struck me as lesser than the others was the Carne Mechada Mole, which was a bit thin-bodied, with a sole sharp chili heat dominating.

Two chicken preparations sit at opposite ends of the spectrum. Reina Pepiada is a rich, cool salad of hand-pulled Draper Valley chicken, mixed with crema, avocadoes, and lemon juice. Making a chicken salad like this is work, and the technique here results in a light, almost pillowy texture. It's mixed with cilantro and topped with large crumbles of queso. The Smokey Pollo is shredded braised chicken served very wet in a simple and distinctly smoky sauce—a safe and flavorful play, but without the dynamism of the beef and pork dishes.

Plated dinners are also available, but feel like less of a value proposition. Large cuts of meat are served alongside black beans, rice, salad, fried plantains, and a buttered arepa, but these are basically compartment plates with a protein plonked on. The grilled pork chop ($14) was an inch thick and nicely charred, but needed a brine to be interesting. The grilled ribs ($14) are better: They are thin flanken-cut ribs, and remind me of that shibboleth of the Portland grilling scene, the Gartner's marinated short rib. They're delicious (I think there might be fino sherry in the marinade), but for the money I'd rather have two arepas.

One reason the plated meals seem less than dynamic is because the sides still have a little ways to go. First on the block is the Teote salad ($4/$6), which starts out well enough: organic mixed greens, finely cut curly kale, and roasted pumpkin seeds. The citrus dressing is so faint, though, I first thought it had been omitted on both times I tried it. The rice is also consistently loose and dry, which may be how they love it in Venezuela, but it seemed wan. Lastly, the fried plantains ($6) are served regardless of their ripeness (they have a ripeness meter at the counter, but really it should be in the kitchen), which means that when unripe, they have absolutely no flavor.

Teote, though, more than deserves to end on a high note. Their La Cena dinners are mind-bogglingly large and affordable: a leviathan dinner for three, featuring three of their braised meats, with rice, beans, arepas, Teote salad, and cabbage salad, is only $30 ($36 for grilled meats). One of these taken to-go filled two grocery bags—and might be the smartest way to show up at home this fall. 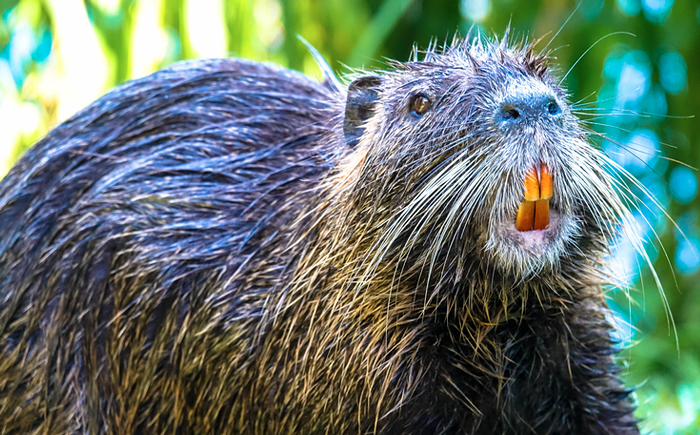