Betsy DeVos Wants to Upend Campus Rules on Sexual Assault, Calls Accused Rapists "Victims of a Lack of Due Process"

Does she even understand what Title IX does? Win McNamee / Staff

With Rape Culture Incarnate™ leading the United States, it shouldn't have been surprising that Education Secretary Betsy DeVos—a woman who should have no fucking business shaping our public school system—wants to conduct a federal review of Title IX, a law that prohibits sex discrimination, including sexual violence, in schools and programs receiving federal funding. Speaking at George Mason University's Arlington, Virginia campus, DeVos cited concerns that the Obama administration's guidance "failed too many students" and accused rapists are not given due process, reports the New York Times.

“Through intimidation and coercion, the failed system has clearly pushed schools to overreach,” she said. “With the heavy hand of Washington tipping the balance of her scale, the sad reality is that Lady Justice is not blind on campuses today.”

"Ms. DeVos did not say what changes she had in mind," the Times noted.

In a statement, the National Women’s Law Center said Ms. DeVos’s plan to issue new rules to colleges was “a blunt attack on survivors of sexual assault.”

“It will discourage schools from taking steps to comply with the law — just at the moment when they are finally working to get it right,” the group said. “And it sends a frightening message to all students: Your government does not have your back if your rights are violated.”

Other folks have taken to Twitter to express their support for survivors and outrage at DeVos using the hashtag #StopBetsy.

Let’s be clear: @BetsyDeVosED just made an open invitation to colleges to again sweep this epidemic under the rug. https://t.co/CaT7s7QrUk
— Senator Patty Murray (@PattyMurray) September 7, 2017

When you thought it couldn't get worse than siding with white supremacists, now the Trump administration is siding with rapists. #StopBetsy
— Nick Jack Pappas (@Pappiness) September 7, 2017

What would DeVos have to gain by turning back Title IX amid an epidemic that impacts 1 in 5 college women & 1 in 16 college men? #StopBetsy pic.twitter.com/ynTUB66ZBt
— Amy Siskind (@Amy_Siskind) September 7, 2017

In regards to the announcement U.S. Secretary of Ed. Betsy DeVos is making today on #TitleIX I just want her to remember this. #INeedIX pic.twitter.com/mAWcPBWxPB
— Venkayla Haynes (@VenkaylaHaynes) September 7, 2017 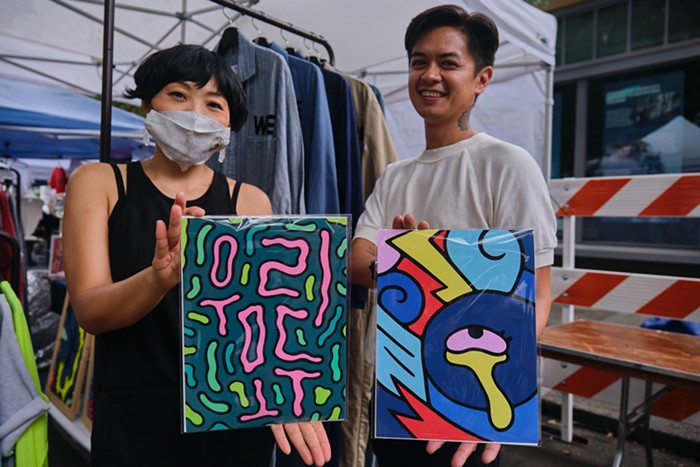