Backyard Social Attacked for Hosting an Event for People of Color

Backyard Social received so many threatening calls Saturday that staff decided to turn off the restaurant's phone.

"What's your name?" one caller asked Latima Chambers, co-owner of the N Killingsworth restaurant. She refused to answer the question. "That doesn't matter, I will Google your business and I will find you," Chambers recalls him replying. The threats have now spread to Backyard Social's Facebook, Yelp, Google Business, and Instagram pages.

The premise is simple enough: A monthly get-together for people of color to hold a discussion on a local policy issue over drinks and snacks. White people were asked not to attend. Oh, and each attendee of color gets $10 to do whatever they please with. Ideally, that $10 comes from a white person's wallet.

Before you explode with NO FAIR white rage, let me remind you what the word "reparations" means: "the payment of damages... compensation in money or materials payable by a defeated nation for damages to or expenditures sustained by another nation as a result of hostilities with the defeated nation."

In recent years, politicians and civil rights groups have brought up the need for reparations to be given to Americans whose ancestors were enslaved and have faced centuries of racial injustice—most conversations have centered on descendants of Africans who had been brought to America via the Atlantic Slave Trade.

The idea gained recent momentum in 2014, when Ta-Nehisi Coates penned a feature in the Atlantic titled "A Case for Reparations," that tactfully calculates the financial (and emotional) burden of being Black in the United States.

Which brings us back to Whitten's happy hour.

The inaugural May 21 meeting drew at least 30 attendees to Backyard Social, a restaurant that regularly hosts gatherings for local nonprofits. Whitten opened a tab and bought a round of drinks (both alcoholic and non-alcoholic) for the group. Participants sipped cocktails, talked politics, and took photos holding their $10 bill. Backyard Social opted to donate 10 percent of its total sales that day to Brown Hope, Whitten's nonprofit that organized the event (Backyard Social has done the same for other nonprofits its hosted, like Planned Parenthood and the ACLU). Dozens of community members specifically stopped by Backyard Social to purchase dinner and drinks, wanting to contribute to Brown Hope, Chambers said.

And then, the internet exploded.

The photos of smiling attendees waving their $10 reparations quickly went viral—and drew quick ire from alt-right groups, calling the event an act of "reverse racism" (eyeroll) and from people of color, who noted that hosting a happy hour for populations inequitably impacted by alcoholism may not be the best idea. Since the event, Whitten's been interviewed by a number of national outlets—and even took on Fox News' token snickering child Tucker Carlson.

Whitten, a longtime activist who's dealt with his fair share of opposition, was prepared to stand up and take fire for his contentious event.

The businesses that offered to host his event, however, were not. Since the event gained momentum online, Backyard Social's been swarmed with alt-right trolls, giving them terrible Yelp reviews and flooding their phone line with calls accusing them of racism.

"They wouldn't let me in because I was too white!" says Randy S., from New York City, NY.

Chambers certainly didn't expect this kind of response, especially since the event itself went so smoothly. She's been forced to file a police report against the wave of threatening calls to her store—most of them calling from out-of-state numbers. Neither she nor her fellow staffers have encountered in-person threats.

But this hasn't changed her support of Brown Hope's movement.

"In this political climate, we need to have this conversation," she says.

Chambers has been meeting with the owners of Back to Eden Bakery, the shop lined up to host June's edition of the Reparations Happy Hour, to provide moral support. As of now, Back to Eden has no plans on ducking out.

"It's been very stressful and very scary," Chambers said. "But the worst thing to do is to back down or hide." 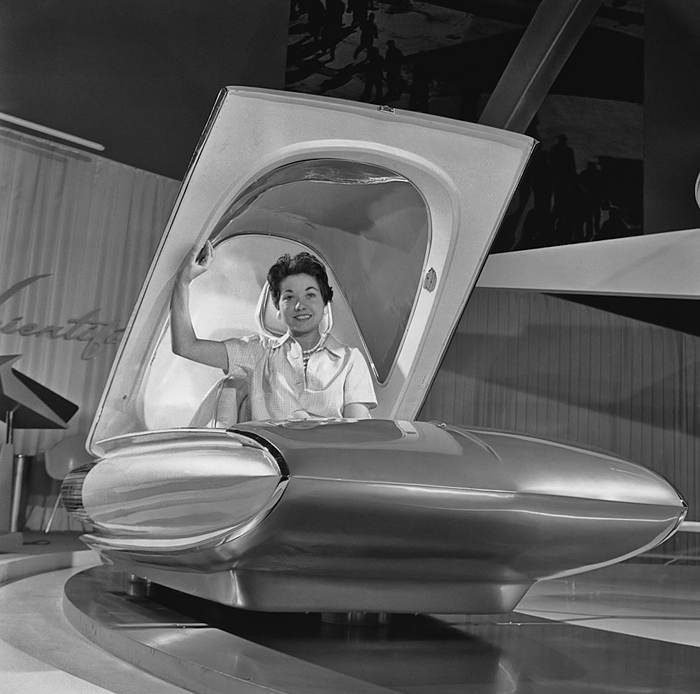