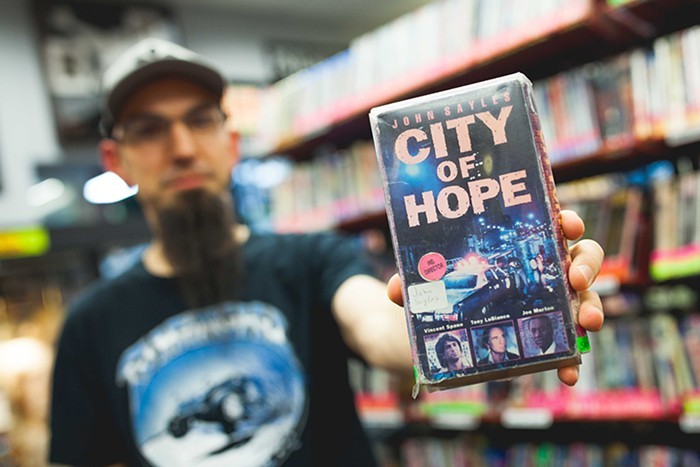 The Hollywood Theatre is looking to raise an additional $100,000 to build a micro-theater within the Movie Madness video store. This new stretch goal comes only a week after the non-profit announced an ambitious $250,000 Kickstarter to purchase current owner Mike Clark’s collection of roughly 84,000 items. The Hollywood’s campaign has already raised more than $230,000—over 90 percent of their goal.

With Movie Madness' potential new screening room, the Hollywood plans to host screening events in the store and apply for grants for community-centered programs. They'll also update Movie Madness’ concession stand, adding a bar for movie watchers. The Hollywood estimates the screening room to cost in the range of $70,000 to $100,000, with 20 percent of any additionally raised funds going to Clark.

The groundswell of support around the Hollywood’s Kickstarter campaign, #SaveMovieMadness, has largely been funded in a grassroots manner—with over 3,500 individual donors chipping in an average donation of $67. Only 16 donations have been over $1,000, with none above $2,500. It’s like the Bernie Sanders campaign! Except, you know, without the guarantee of healthcare and higher education for all. (#MovieMadnessWouldHaveWon.)

Check out our feature from last week to hear the Hollywood's case for why Movie Madness is such an important institution for Portland—one that preserves film history and access amid the shrinking libraries of online streaming services.

The Hollywood Theatre Wants to Save Film History—But First, It Needs to Save Movie Madness