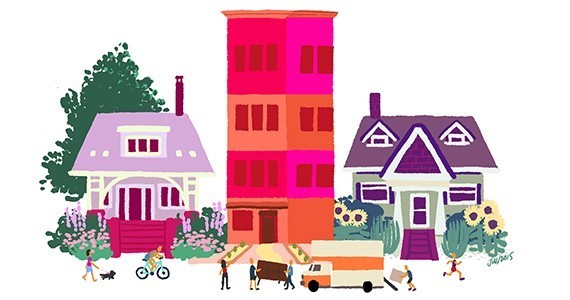 This afternoon, the Oregon Senate voted 17-11 to approve Senate Bill 608, a bill that would cap annual rent increases at 7 percent CPI (which currently translates to between 10 and 12 percent) and ban no-cause evictions for tenants who've lived in a rental for at least a year. Senators mostly voted along party lines on this Democrat-sponsored bill—Senator Betsy Johnson, a staunchly moderate Democrat, voted against it.

If the legislation passes, Oregon will become the first state to pass a statewide rent control law.

Senator Shemia Fagan, who represents East Portland, introduced the bill on the Senate floor by sharing a story about her mother's struggle with homelessness.

"Senate Bill 608 is personal for me. Families all across our state, like mine, are living in a housing emergency," said Fagan, who won her November election against incumbent Senator (and landlord) Rod Monroe after campaigning to improve renter rights

Unlike the longer-term fixes to "systemic issues" that lead to houselessness, like updating zoning laws and creating affordable housing, Fagan said that SB 608 provides an immediate solution.

She said the bill will impact the "hundreds of thousands of families that are one rent spike or no-cause eviction away from putting their kids to bed in the back of a car or pitching a tent on the side of the interstate." Fagan made a point to underscore that Oregon leads the country in its number of homeless kids. 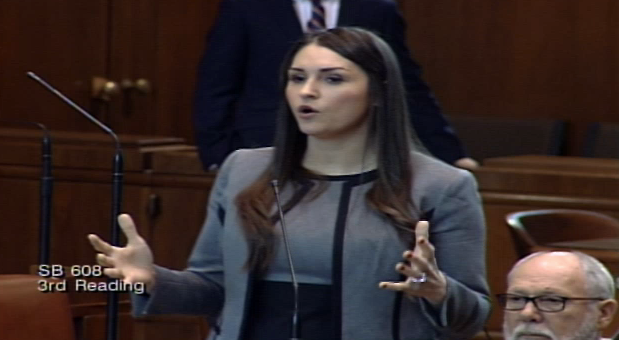 Some, like members of Portland Tenants United (PTU), say SB 608 doesn't go far enough to protect vulnerable renters, and may worsen the chances of the Oregon legislature passing a stronger measure in the future.

Margot Black, a member of PTU, called SB 608 a "betrayal" from lawmakers to tenant advocacy groups who've spent the past five years fighting for stronger renter protections at the state level. "The bill does more to protect landlords from tenant protections than vice versa," she told the Mercury last month.

Based on rental costs across Oregon, this payout would be far below the amount of money Portland City Council believed could support a tenant's unexpected move. (It should be noted that SB 608 will not override Portland renter relocation policy.)

"This would still allow for displacement in communities that don't have relocation assistance like Portland," Black said.

She says the 7 percent cap on annual rent hikes is still far too high to actually protect vulnerable tenants and is concerned that landlords will abuse the ability to evict someone without cause if they've been living in a building for less than a year.

"I would support a lower cap, a shorter period to allow no-cause evictions, and lifting the ban on state rent control," Fagan told the Mercury last week. "But this is what we were able to negotiate."

Fagan admitted that this legislation is at least a decade overdue. "It's frustrating that it took this long," she said. "But it's still an enormous step forward."

Katrina Holland, with the Portland-based Community Alliance of Tenants (CAT), agreed that while belated, SB 608 is a step in the right direction.

"Just last week, we heard of a family that got a 113 percent rent increase in East Portland," Holland told the Mercury in January. "The longer we wait, the more likely these things will continue to happen."

Oregon Republicans say SB 608 dodges the bigger problems, like creating more housing supply in the state or expanding cities' urban growth boundaries. During the Senate Committee on Housing hearing on the bill, Sen. Girod, a Republican who strongly opposes the bill, threw his pen on the dais and left the room before the vote was called.

On the Senate floor, Girod blamed the state's housing crises on Oregon Democrats.

"Who comes up with the solution? The very people who created the mess," said Girod. "The majority party owns this mess."

SB 608 is now headed to a vote in the Oregon House, where it's expected to pass. Governor Kate Brown has already signaled her support of the bill.