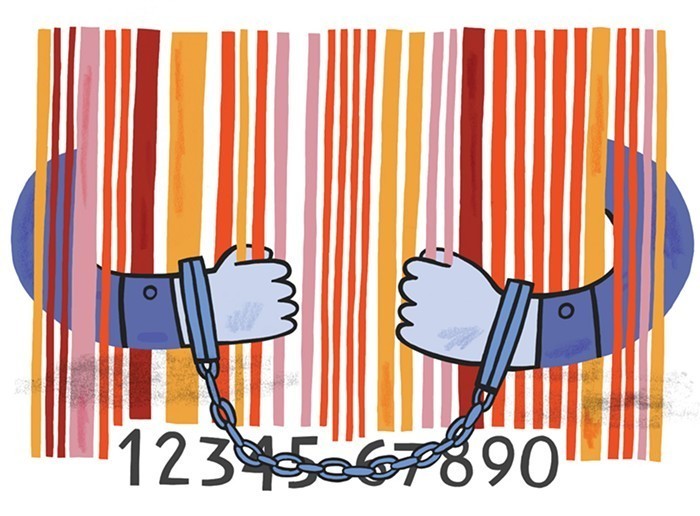 ALLISON KEREK
Youth criminal justice reform is shaping up to be one of the most contentious issues in this year’s Oregon legislative session. Just in the last two weeks, Senate Bill 1008—a bill that would create a more humane, forgiving criminal justice system for Oregon minors—has been the topic of a heated House Judiciary Committee hearing, several articles and op-eds, radio programs, and a tense back-and-forth between criminal justice advocates and the Oregon District Attorneys Association (ODAA), which strongly opposes the bill.

As the conversation around SB 1008 continues to evolve, it’s worth considering the talking points the ODAA and its allies are making—and putting them in the larger context of “tough on crime” political efforts that have come before now.

SB 1008, an omnibus bill, would enact several reforms on the youth criminal justice system. But perhaps the most important—and certainly the most controversial—part of the bill would roll back part of Measure 11, a state ballot initiative approved by voters in 1994 that established strict mandatory minimum sentences, or required sentence lengths, for many violent crimes. Measure 11 applies to adults and minors ages 15, 16, and 17—and requires that those minors be automatically referred to the adult court system (and prison system) when charged with a violent crime.

SB 1008 would get rid of that requirement, allowing minors to stay in the youth court system when a judge deems it appropriate. That small amount of judicial mercy is, apparently, untenable to some Oregonians.

The ODAA is leading the charge against SB 1008—as the Mercury reported last week, the association has been circulating a report that includes both questionable claims about Measure 11’s efficacy and sensitive information about individual defendants and victims. Its members are also disseminating the idea that SB 1008 could free every person currently incarcerated for a violent crime they committed as a minor, despite legislators’ insistence that SB 1008 wouldn’t be retroactive. In advancing this theory, ODAA members are using every available platform—from the House Judiciary Committee floor to Lars Larson’s ultra-conservative radio show—to pinpoint specific offenders’ names, and talk up the gruesome details of their crimes.

One of the most recent examples of this was last Thursday afternoon, when Kevin Barton, district attorney for Washington County, was interviewed on Oregon Public Broadcasting’s Think Out Loud. Barton named individual defendants before using sweeping, evocative language to warn against SB 1008’s passage.

It’s not surprising that the ODAA is pushing so hard against SB 1008’s passage. In rolling back Measure 11’s direct referral to adult court, the bill would take power away from prosecutors and give it judges, who could use their own discretion to determine where a minor ought to be tried.

But why are the state’s top prosecutors using these particular arguments—appealing to fear, framing individual defendants as monsters who need to be locked up, repeating words like “violent”—to advance their cause? It may be because their political playbook hasn’t been updated since the 1990s.

When Measure 11 passed in 1994, it was part of a national wave of “tough on crime” legislation. That was the year President Bill Clinton passed his signature Violent Crime Control and Law Enforcement Act, which imposed a federal three-strikes law, incentivized harmful “truth in sentencing” (read: longer sentences) laws nationwide, and dedicated billions of dollars in new funding for police officers and prisons. During the mid-90s, 24 states passed three-strikes laws, and several states joined Oregon in passing ballot measures similar to Measure 11.

Two decades later, we are reaping what this legislation sowed. The cumulative effect of these federal and statewide laws? More people are in prison, and for longer. Low-income people and people of color suffer the most under these policies. From the Prison Policy Initiative:

“Poverty is not only a predictor of incarceration; it is also frequently the outcome, as a criminal record and time spent in prison destroys wealth, creates debt, and decimates job opportunities.

It’s no surprise that people of color – who face much greater rates of poverty – are dramatically overrepresented in the nation’s prisons and jails. These racial disparities are particularly stark for Black Americans, who make up 40% of the incarcerated population despite representing only 13% of U.S residents.”

And how were these policies sold to the American public in the first place? The same tactic ODAA’s using now: Fear.

“They are not just gangs of kids anymore. They are often the kind of kids who are called superpredators: no conscience, no empathy,” said Hillary Clinton, then-first lady, in a 1996 speech that called for additional “tough on crime” policy. “We can talk about why they end up that way, but first we have to bring them to heel.”

Clinton’s remarks might seem particularly heavy-handed, but they are reminiscent of the kind of fear-mongering rhetoric that could be found in scores of political ads and debates in the 1990s. An appeal to fear can also be found in the 1994 Oregon Voter’s Pamphlet, in an argument in favor of Measure 11:

“There is a clock ticking in Oregon. It is a clock that counts the days, hours and sometimes minutes between the occurrences of violent crime in our state. … The Oregon Crime Clock continues to count the time between these crimes, that victimize our families and change our lives forever.”

Such high-stakes, all-or-nothing rhetoric was common when advocating for harsher sentencing laws in the 1990s. As Nicholas Turner of the Vera Institute told NPR in 2014:

Turner is talking about national politics in the 1990s in that quote. But it would fit well as a description of what ODAA is doing in 2019, in Oregon—appealing to our base instincts rather than relying on facts.

And just like in the 90s, people of color stand to suffer the most from this kind of rhetoric. According to a report authored by the Oregon Justice Resource Center and a Portland State University professor, Black youth make up 16 percent of the youths prosecuted under Measure 11, despite making up only two percent of Oregon’s population. These are the people Clinton might have called a superpredator in 1996, or whom Barton might have called a murderer, or a violent rapist, or a violent robber in 2019. In truth, they are young people whose brains are not yet fully formed, and SB 1008 offers them a glimmer of a chance to turn their lives around.

SB 1008 narrowly gained a required two-thirds majority vote in the state senate two weeks ago, and is now sitting in the House Judiciary Committee, awaiting a work session. It’ll be up to committee members whether or not they’ll pass the bill onto the Oregon House floor, or let it fizzle out in committee—a problem for the next legislature to deal with. They’ll also have a chance to decide which direction criminal justice policy is headed in Oregon: Toward a more just future, or falling back on the destructive policies of past decades.
Sponsored

Blair Stenvick is a former arts and culture editor for the Portland Mercury.

Blair Stenvick is a former arts and culture editor for the Portland Mercury.