Portland Police Have Used Force Against Protesters More Than 6,000 Times in 2020 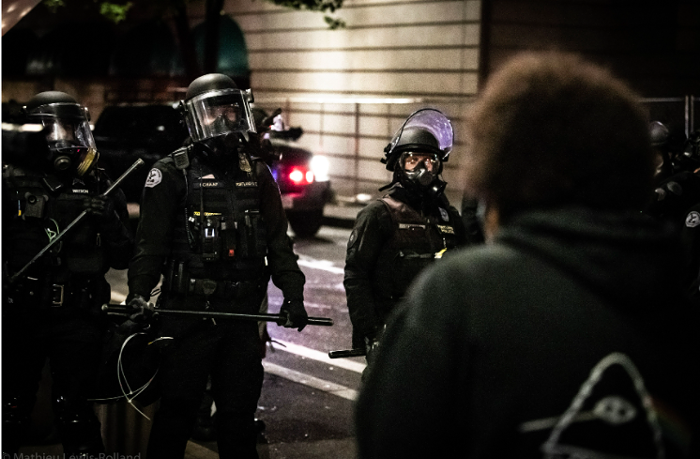 This information comes from two newly-updated reports from the Portland Police Bureau (PPB), documenting officer use of force data for the second and third quarters of 2020, a period spanning April 1 and September 30. On Friday, the Mercury shared data from the second quarter report, which found that, in the first 32 days of Portland's protests—which began on May 29—PPB officers used force against protesters 2,378 times. The release of the third quarter's data offers a more comprehensive look at the damage inflicted on Portlanders by police this year through what PPB calls "crowd control." Combined, PPB used force at least 6,249 times against members of the public during 2020's second and third quarters.

The PPB reports note that this number is likely an underestimation, as some officers did not record every time they used force on a protester.

While 2020's disproportionally large number reflects the disproportionately large and continuous protests Portland has seen this year, it shows that, despite daily calls against police brutality, Portland police did not change the way they responded to protests during this time period.

Portland police employ a wide variety of tools and techniques to physically stifle protests. The reports show that, between April and September, police relied heavily on so-called "less lethal" munitions, "takedowns" (or tackling), chemical gasses, and batons to injure protesters during rallies and marches. And a third of the force used during this time is characterized as "control against resistance," or physically restraining a person who police believe to be resisting arrest.