The Year in Review: An Open Letter to the Woman Who Was Buying a Bottle of Watermelon Moscato and Nothing Else at Winco Last Night 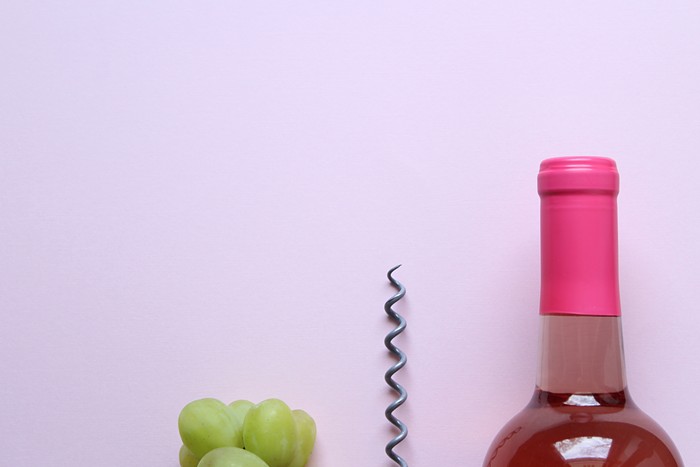 [This year's news cycle was a vicious one, and left little time for reflection. As 2020 nears its end, we're taking the opportunity to look back on the most important Mercury stories written during the past year. This article was originally published on March 13, 2020. We hope you'll consider making a monthly contribution to the Mercury to help continue our work into next year and beyond.—eds.]

I wrote this piece on a whim in mid-March—the same week most of my coworkers were laid off from the Mercury because of sharp revenue losses spurred by COVID-19. It was also the week Gov. Kate Brown first closed Oregon schools and banned large gatherings. The post was inspired by a panic-shopping trip my wife and I took to Winco—an event that still sticks out in my mind as one of the "Oh, shit, this is for real" moments of March. It was a silly, surrealist little thing that I thought might make a few people laugh or cry or whatever, but apparently it was one of our most-read pieces of the year.

The post made some people angry—I think because they mistook my irreverence as mocking of people with real substance abuse issues, and because some people still didn't want to believe the pandemic was a big deal. But, based on the feedback I got, it seems to have made even more people laugh and feel seen. It's a strange experience, thinking about this piece now and everything that came after it. But in some ways, I think we're all still staring into the void where the toilet paper should be stocked. —Blair Stenvick

Dear Woman Who Was In Front of Me in Line at Winco Last Night and Was Only Buying a Single Bottle of Watermelon Moscato:

I have some questions.

Did you go to Winco with this particular item in mind? Why Winco, a store that is so big and so busy, when you could have bought the same thing at Plaid Pantry with much less time and hassle? Did you pick Winco specifically because you enjoy watching the aimless frenzy of people caught in a situation they did not expect and have no control over? Does the warehouse vibe of Winco, rather than being off-putting to a single-item shopper, instead only add to your thrill of watching the world burn? Tell me, Woman in Front of Me in Line at Winco Last Night, was the watermelon moscato just an added bonus, a watermelon-grape medley on top of the apocalyptic sundae that is gawking at panic shoppers?

Or did you originally go there to buy toilet paper, just like the rest of us? Did you have responsible plans to stock up on canned food and antibacterial soap and Folger's coffee, a brand you would obviously never drink if we weren't in a literal state of emergency? And upon seeing that spot in the aisle where the toilet paper should have been, that gaping, empty chasm between the disposable napkins and the paper towels, wide and bare enough to be a black hole—when you saw that, did you decide, fuck it, grab the closest bottle of alcohol you could find, and book it to the check-out line?