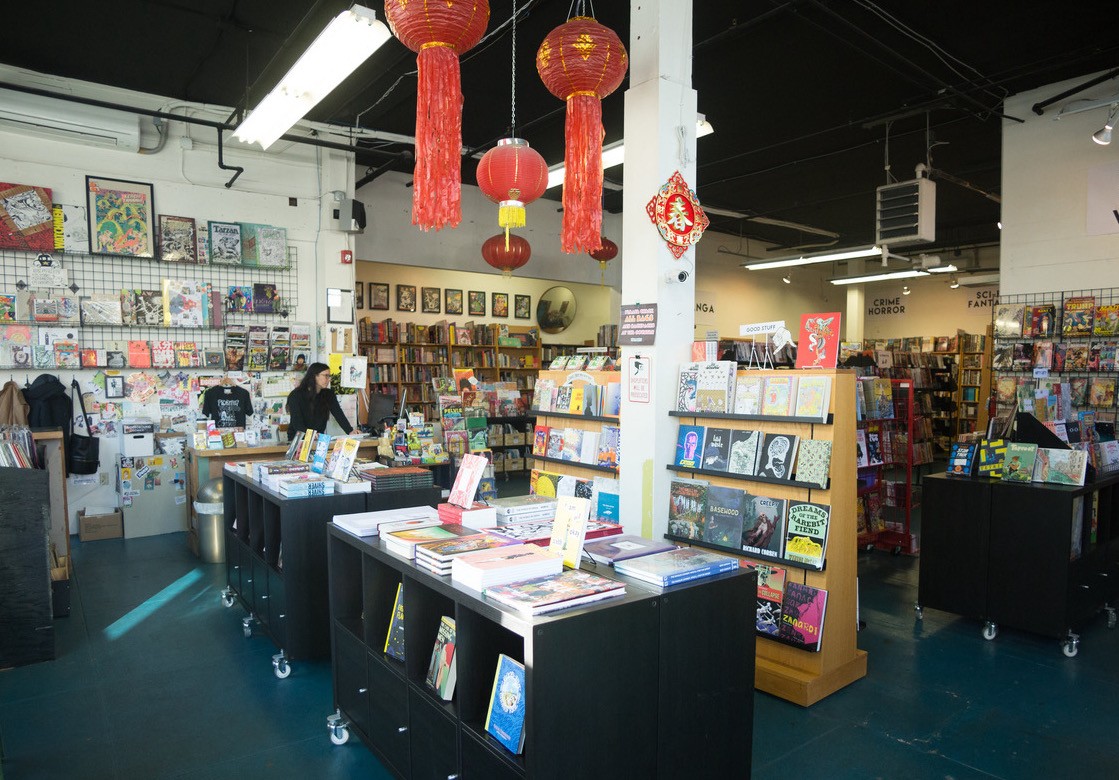 Floating World Comics' last day open downtown will be Monday, August 8. That's the last day of their moving sale, but it's not the end of one of Portland's favorite hubs for comics culture—far from it.

"I decided: I am moving my shop to the Lloyd Center," Floating World owner Jason Leivian wrote in an email sent Friday morning.

For the past 16 years, the curation from Leivian and the Floating World staff has been one of the most adept in the city—some claim "the world"—when it comes to showcasing auteur creators and the artists pushing the boundaries of 2-D sequential works... which is what you call comics when you want them to be taken seriously.

It was at Floating World that I discovered the works of Julia Gfrörer—and subsequently became so engrossed in her work that I missed the Amtrak train I'd come downtown to catch. The shop has proven a gateway to masterful locals like Sloane Leong, Sam Alden, and Farel Dalrymple (among others)—many of whom I first discovered when I picked up their self-published mini comics from the shop's zine area, or when they came through for book signings and First Thursday gallery shows.

Over the years Leivian planned experimental animation nights and art festivals, while also performing the role of publisher to over 60 2-D works. But Floating World has also always left plenty of room for superhero stories, children’s books, and YA graphic novels—the staff showing just as much enthusiasm for X-Men as Mobeius.

"For the past 16 years, I’ve been proud to call Old Town Chinatown home…." Leivian wrote in a message to the Floating World email list. "It has been a privilege to identify as a Chinese-American business owner with a shop in Chinatown. My wedding was a few blocks away at the Lan Su Chinese Garden and my daughter grew up running around the shop."

"The last two years have been boring at best, treacherous at worst," he told the Mercury. "I just couldn’t wait any longer for some change that is not right around the corner."

Leivian's letter describes his search for a new storefront leading him to the theoretically "dead" Lloyd Center Mall, where he plans to open the new location near record store Musique Plastique and local artist Eric “E*Rock” Mast's Dreem Street shop.

"Walking into the Lloyd Center for the first time in many years I was surprised by all the natural sunlight bathing the first floor... the foot traffic was chill, but purposeful. I’ve never thought of a mall as calming and soothing, but the energy was fresh and relaxing....

It all started to click: the free parking, easy access to transit, central location, a historic space turned blank canvas to be shaped by Portlanders looking to build community. It would be a big project, a bigger task than simply moving my shop, but the potential was too exciting to ignore."