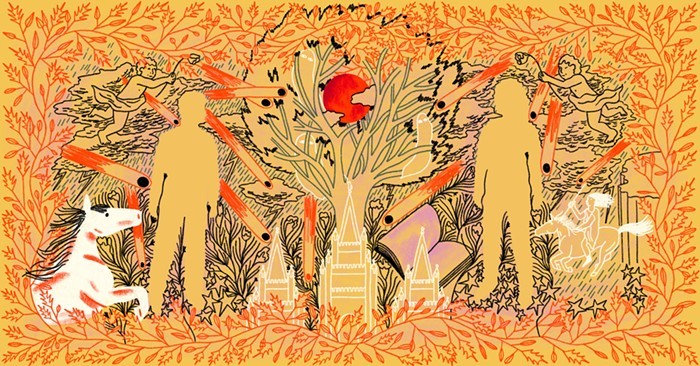 Unlike other investigations, Sotille’s book focuses on the social and political context that may have led to the killings of two children: 17-year-old Tylee Ryan and her 7-year-old brother, JJ Vallow. Paige Vickers

In June of 2020, Idaho police found the remains of Lori Vallow’s two children buried in her husband's backyard. The following year, prosecutors charged Vallow and her husband, the apocalyptic novelist Chad Daybell, with murder.

The exact motives and details of the killings continue to unfold, but in her new book on the case, When the Moon Turns to Blood, Oregon-based journalist Leah Sotille looks for answers in the cultural niche where the two alleged killers gained notoriety: the wild world of fringe Mormon super-patriot doomsday preppers.

Over the last six years, Sotille has become an authority on right-wing extremism in the American West.

Her acclaimed podcast series, Bundyville, illuminated the origins of the 2016 occupation of the Malheur National Wildlife Refuge, and her reporting for national outlets on the Proud Boys, the Boogaloo bois, Patriot Prayer, and other militia groups has served as essential reading for a country desperate to know why the hell these hyper-violent boy bands keep dressing up like dorks and fighting the federal government.

During the course of this work, one religious group in particular keeps resurfacing: The Church of Jesus Christ of Latter-day Saints (LDS).

As she walks readers through the history of the Mormon church and digs into backgrounds of Daybell and Vallow, Sotille's findings in the book coalesce into a pretty compelling argument about the case, and about American extremism in general.

In this interview, we asked Sotille to draw the connections between these fringe LDS beliefs and the murder case involving Daybell and Vallow, and to say what all this tells us about this wild, wild country. 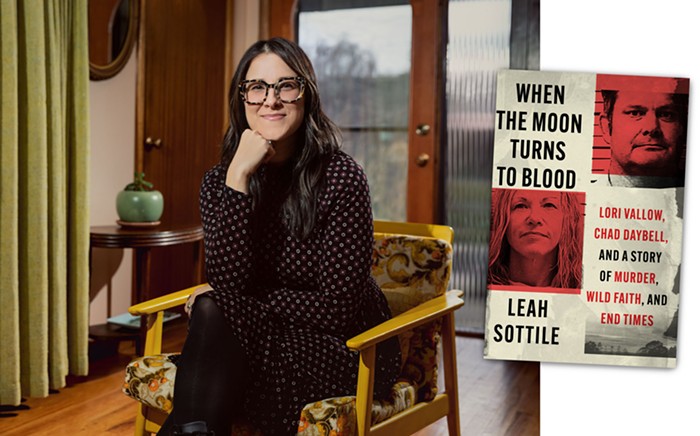 When did the LDS Church start popping up in your reporting on extremism?

In 2016 I saw reporting on the Malheur National Wildlife Refuge that said the takeover was because of the occupiers’ religious beliefs. The reporting I saw on that was really thin, but I thought, ‘If true, I need to know more about that.’ In a way, that question—about whether that standoff was religiously motivated—was the beginning of my work creating the podcast Bundyville, which dominated my time from about 2016-2019.

What did you find when you went digging?

I became particularly fascinated with this fringe LDS belief called the White Horse Prophecy—it’s not accepted as doctrine by the church. But the family at the center of Bundyville—the Bundy family—believe it is real, and so do lots of people in United States.

The gist of it is that people believe Joseph Smith, the founder and prophet of the church, revealed that the LDS people would save the Constitution from the brink of ruin. He didn't say that, but a lot of people believe he did. So, the beginning of this book, for me, was wondering if Chad Daybell was one of those people who believed in that.

Why not just dismiss him and Lori Vallow as standard-issue sociopaths?

I couldn't prove that mental health was a factor, or that Lori Vallow in particular had any history of mental health issues. And, really, I wanted to keep the focus on the belief systems at play here: particularly these ideas that are around the edges of the LDS church, where people believe they are the chosen ones, or that they can receive prophecy from God, or that they are exceptional Americans in some way.

As you read, these are ideas that are deeply ingrained in LDS culture, and that have spawned a variety of fringe figures and groups in the past 40 or 50 years. So I wanted to put Vallow and Daybell in that history, and in this particularly fraught, paranoid moment we're all living in.

And really, the question became: how the hell did two people with these exact same beliefs—about being the chosen leaders of the 144,000 foretold in the Book of Revelation—meet? Like... how does that happen?

To what extent do you find the mainstream Mormon church culpable here? As you report, they’ve tried mass excommunications, they’ve tried to tell people to keep the whole personal-revelation thing in the family…

There are things about the Vallow/Daybell belief system that are really, really out there—that don't resemble Mormonism in any way at all. There are no zombies in the Book of Mormon, for example, but Vallow/Daybell had a big thing about zombies.

However, the pair also seemed to check a lot of boxes of things LDS leadership has warned people to be wary of: holding study groups outside of church, people wanting to "level up" their faith. So leadership is certainly aware of people like Vallow/Daybell. And, as you say, they've done mass excommunications. They've tried to root out splinter groups (ie: Denver Snuffer). But, I think it's not enough.

On one hand, you can go into any Deseret Book right now and buy books by former Church President Ezra Taft Benson, or beloved anti-Communist/Constitutionalist W. Cleon Skousen. These men are beloved in Church history, but both were sowing the kind of anti-government conspiracy theories, anti-Communist rhetoric that we are now all discussing so much in the media.

I think it would be important for the LDS Church to take a stand on those men, understand how people today continue to see their writings as holy, and how those men really wove a paranoid, extremist culture in the very fabric of the church.

Daybell often wrote about how inspired he was by the writings of Benson, Skousen. He was a popular member on a website devoted to that kind of rhetoric, which saw LDS people joking about shooting liberals, and where conspiracy theories were seen as reality. He was even a celebrity within those circles.

I’ve heard from people who read the book, who grew up in Idaho or Utah, who said to me, yeah, I grew up with John Birch Society/tent city parents who believed in all of these same thing Daybell and Vallow talked about, and I'm trying so hard to unlearn that right now.

But is the LDS church of today actively encouraging extremism?

There are things like the church's stance on same-sex marriage—which it absolutely does not condone.

As I get into in the book, a few years ago, after a student came out in his graduation speech at Brigham Young University, the school run by the church, one church authority figure referenced that speech and talked about the need for Mormons to take up "musket fire" against threats to the church. This was perceived by extremists on the edges of the faith as permission, perhaps, to commit hate crimes. So, the church really needs to see how it fans the flames of extremists. But it can't really do that if it's accepting those people into its culture, too.

As long as we're thinking about the spectrum of blame, here: To what extent do you find the state culpable for these deaths? Do you think the US's violent oppression of Mormons kicked off a cycle of intergenerational trauma, which eventually allegedly led to the deaths of these kids and spouses?

Absolutely. That's come up again and again in my work.

In Bundyville, I was able to ask Cliven Bundy directly if the nuclear fallout falling directly on his town from the state-run Nevada Test Site contributed to his feelings about the government, and he said absolutely, yes, that's where it started. The state was willing to poison his town—predominantly LDS.

But reach back even further: I think it's very important to LDS people to always remember that the government did everything it could to tamp down their prophet, Joseph Smith. In Missouri, there was a Mormon extermination order that was on the books until the 1970s! They fled the country, to Utah, only to have that become a state, and then have the federal government come in and bust up polygamous families. Brigham Young told his people to burn their own houses down before giving the government anything. And you have to remember: the LDS church is so young. So that's all recent generational trauma.

So much of LDS culture, too, is doing ancestry work. And I think part of that speaks to understanding and keeping alive those stories of ancestors and how they suffered for their faith, which was supposed to be protected by the First Amendment.

Speaking of how this all bleeds into politics: What does the Daybell/Vallow case add to your understanding of the "American West," however you want to define that overly broad term?

I think for a long time I understood the post-2016 work I was doing as a way of showing this angry undercurrent that started in the west had big aspirations to change the way America, as a whole, operated. And that seemed to really play out when January 6 happened. But I think the Vallow/Daybell story really showed me something new—which is what I always hope to do with my work on extremism, which is add to the conversation.

The Bundys, the militias, the far-right legislators, the Proud Boys—all these groups I spent so much time writing about had given one kind of shape, in my mind, to what a far-right extremist was. A guy wearing tactical gear at the Capitol, carrying a big gun, flying a militia flag, etc.

But Vallow and Daybell were very much not those things. Vallow taught Sunday School and was a former beauty queen and "cool mom"; Daybell was quiet and doofy and thought of as just a nice, normal, Mormon man. But behind closed doors, they were indulging in extremism, motivated by conspiracy theories, considering themselves prophets.

And with this book, I felt like I was also able to really focus on understanding more deeply how religion plays into American and Western extremism. In a way, it seems like the thing we need to be talking a lot more about.