Listen to the New Song from Alela Diane 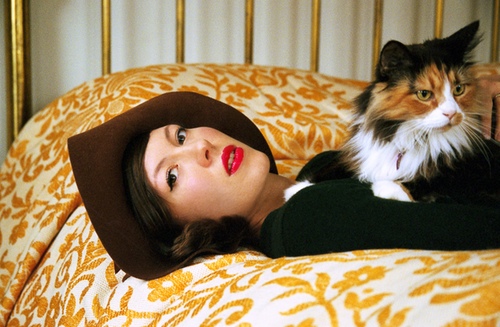 We gave you some info on Alela Diane's upcoming record a few weeks back, and now we have a song for you to listen to as well. Alela Diane (that's her on the left) and her band Wild Divine—which includes her husband and father, but not her cat Bramble, who by all accounts has terrible rhythm—have their self-titled record due out April 5 on Rough Trade. Alela Diane & Wild Divine was produced by REM/Nirvana producer Scott Litt, who came out of a seven-year retirement to make the record. Here's opening track "To Begin," which shows Diane & Co. embracing a brighter, rockier, '70s-Fleetwood-Mac mood than the coldwater folk of Diane's previous efforts. There's even a hint of Supertramp in the opening electric piano riff.

Alela Diane & Wild Divine play a show in New York next week, followed by a European tour. Hopefully a Portland date, too, before too long.

End Hits: Totally starting a band with our cat now.