While once a unifying topic, support for changing Portland’s governance structure has splintered 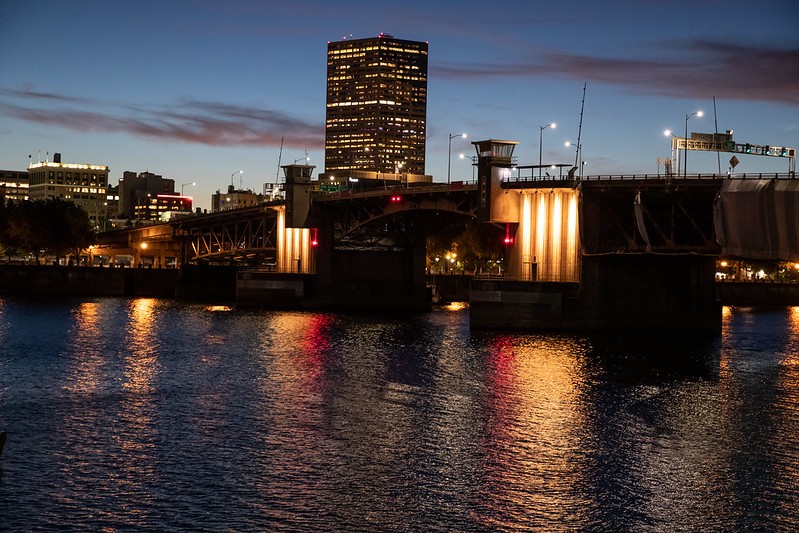 Despite once being a unifying topic, Portland’s latest effort to change its form of city government is already facing legal challenges from Portland’s most influential business group and a former mayoral candidate. The timing of the lawsuits, filed last week, have raised questions from some of the commission members who crafted the proposed changes in an effort to more equitably distribute political influence throughout the city.

Portland is the only city amongst its peers that maintains its current “commission” form of government, where each city council member oversees various city bureaus as opposed to geographic areas of the city. Most US cities moved on from this form of government in the 1960s when the federal courts determined that at-large voting led to systemic underrepresentation of racial minorities. City leaders have previously pointed to the commission form of government as reasoning for Portland’s bureaucracy that slows progress on hot button issues like trash removal and zoning.

Voters will have the opportunity to overhaul the city’s management structure this November via a ballot measure introduced by the Charter Review Commission—20 Portlanders who spent the past 18 months researching and analyzing the ways Portland could improve its governance structure. The proposed changes include requiring rank-choice voting for city elections, expanding City Council to 12 members who represent geographic districts, and limiting City Council to setting policy while the mayor and a city administrator oversee the bureaus. The Charter Review Commission proposed the changes in an effort to more equitably represent all Portland residents within City Hall and streamline bureaucratic hangups in the city.

“I believe that we've been engaged in an exercise of creating space—space for a government that can practice another way of being,” said charter commission co-chair Gloria Cruz of the proposed amendments during a commission meeting. “And space for those who are marginalized to have more opportunity to participate in our democracy.”

While local politicians and business leaders have long been eager for a change, those same supporters are now questioning the Charter Review Commission’s decision to roll all three changes into a single ballot measure.

On Thursday, the Portland Business Alliance (PBA)—the city’s most powerful business lobbying group that’s been heavily involved in Portland politics for decades—launched a lawsuit in Multnomah County Circuit Court, arguing that the ballot measure is unconstitutional because it violates a legal requirement for ballot measures to only address one subject. While supportive of introducing a city administrator to City Hall, the PBA is allegedly concerned that the relatively new idea of ranked choice voting will cause the ballot measure to fail. Twelve states in the US already use ranked choice voting in at least one city or county.

This concern has been raised before within the Charter Review Commission itself. Commission member Vadim Mozyrsky, who recently ran a bid to unseat City Commissioner Jo Ann Hardesty and was supported by the PBA, voted against the proposed amendments because he argued the switch to ranked choice voting should be placed in a separate ballot measure. Following discussion amongst the commission, the City Attorney’s Office determined in March that the ballot language including all three changes would meet legal requirements.

Mozyrsky has created a Political Action Committee (PAC) with former City Hall staffers to oppose the changes offered by the ballot measure. City Commissioner Mingus Mapps has also dedicated a PAC to campaign against the proposed amendments.

The second challenge, filed on Friday, is from James Posey, former vice president of Portland’s NAACP and onetime mayoral candidate. Posey’s lawsuit claims that the required 10-word caption and 20-word question that describes the ballot measure to voters does not accurately represent the proposed changes.

Posey is asking the court to approve a change to the wording of the amendment and summary of the ballot measure that stresses the cost of implementing the change in government. The summary would also include a description of the impact of ranked choice voting, detailing that city council candidates would need an initial threshold of 25 percent of the vote plus one to be elected to council.

To Charter Review Commission member Robin Ye, a former political director at Oregon Futures Lab and Chief of Staff for state Representative Khanh Pham, these “midnight hour” lawsuits—particularly from the PBA—don’t appear to be in good faith.

Before even deciding the specific amendments, the majority of the Charter Review Commission determined that the final recommendation would address election and city governance issues in one package.

“We presented [the intent of amendments] as one big package because that's how people live their life,” Ye told the Mercury. “You don't separate these things out. How we elect our decision makers impacts the decisions those people make for the city.”

Because all of the commission’s meetings, discussions, and decisions were open to the public, Ye believes PBA lobbyists were aware of the commission’s plan and had months to comment at any of the various meetings, yet only raised issues with the single ballot measure this month. Additionally, Ye notes that while the commission cited its reasoning for wanting to include all of the changes in one measure, PBA hasn’t provided reasoning for why the amendments should be split into separate ballot measures—instead arguing that the format of the measure is unconstitutional.

While PBA has not provided its motivation or reasoning for wanting to keep the current iteration of the measure off the ballot this November, Ye notes that the PBA has maintained a strong voice in city politics for years through lobbyists that clock a lot of hours at City Hall. According to an investigation by the City Auditor, the PBA violated the city’s lobbying rules 25 times in 2020. Ye said that for political movers and shakers like the PBA, who may be accustomed to having their voice heard in City Hall, moving to a system that intends to redistribute power more equitably across the city may be unnerving.

“I think they are experiencing what it feels like for the rest of the city and average, everyday Portlanders who don't know if their voice is gonna be heard the way they want it,” Ye said. “If they've been used to privilege, then equality to them seems like a step down.”