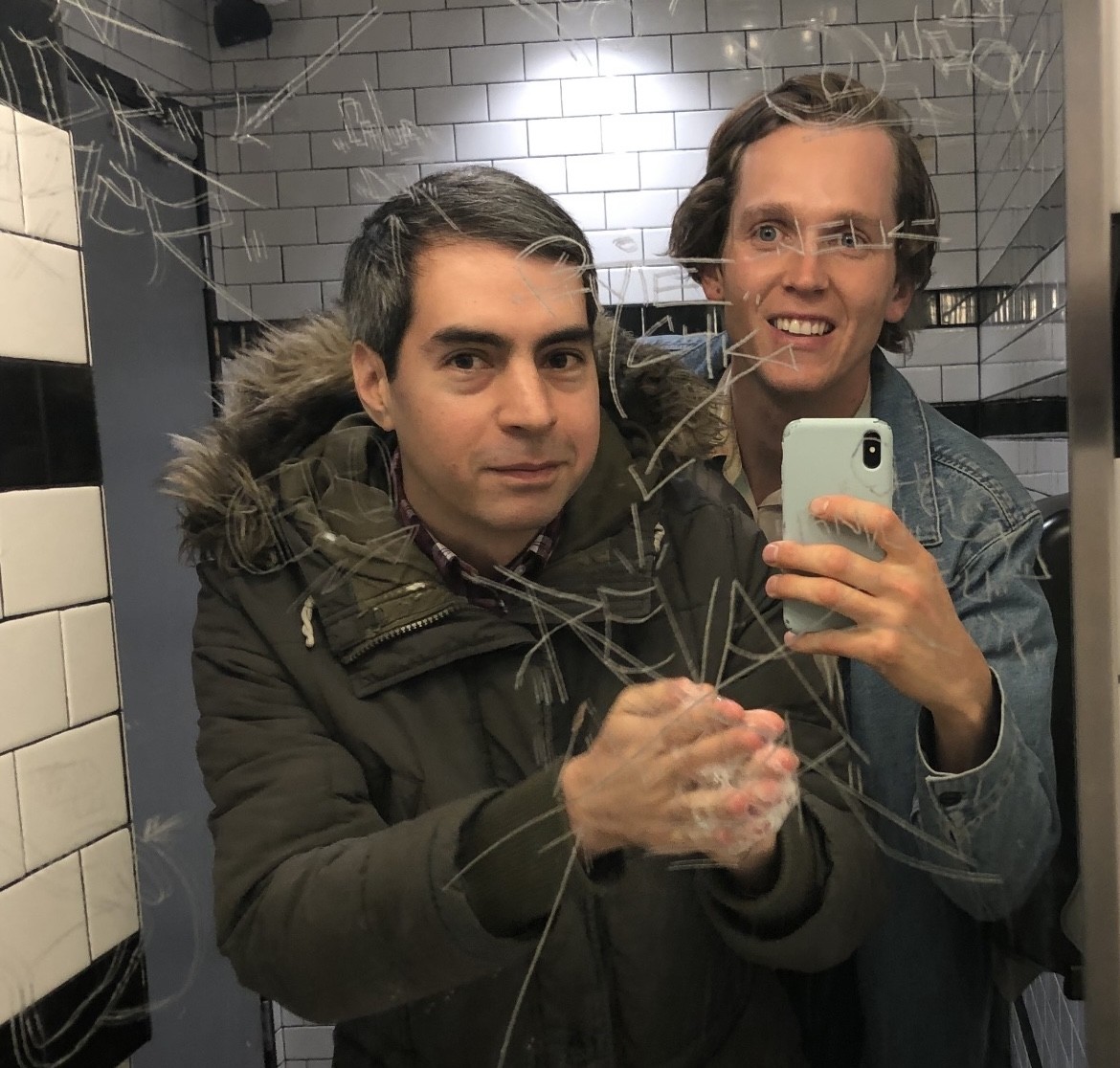 Not every former Mercury intern gets a Q & A when they return to Portland. But Andrew Michaan has more than made a name for himself in recent years, with Podcast But Outside—a video medium show where he and fellow comedian Cole Hersch sit behind a folding table and offer passing strangers $1 to be interviewed.

Now living in LA (described on his site as "is the only comedian / actor / writer in Los Angeles"), the 2010 editorial alum has appeared on countless festival stages, in roles on Adam Ruins Everything and I Think You Should Leave,  and most recently on the Late Late Show With James Corden. We didn't even know he had been a Mercury intern until he wrote us to say he was coming through for a short two-city tour with Brent Weinbach, another very funny stand-up. Would we interview him because of nepotism? No! Would we interview him because he's very funny? Assuredly.

Michaan got on the phone to catch us up about his podcast, his dogs, and his several-year stint as an Oregonian.

PORTLAND MERCURY: How did your Mercury intern duties prepare you for life?

Well, since that seems to be how the question is framed, I would say in every conceivable way.

That's what I thought.

In a philosophical way, we're all kind of interns of life. There are no bosses. There is no rubric. Everyone's an intern trying to figure out this magical existence we all share.

Are you from Oregon?

No, I just went to Reed and lived here for a few years afterward.

What drew you to Reed College?

To be honest, I was really into skateboarding in high school, and Oregon had the best skateparks.

In Portland, or the greater state?

In Oregon. Newburg had a really good skatepark. So did McMinville, Lincoln City, Aumsville—on the way to Three Pools—had a great skatepark. I'm sure there are more now.

What did you study at Reed?

I'll say whatever beautiful faith the person reading this practices.

What did you write your final paper on?

Actually, on the Catholic Church and their opinions on extraterrestrial life. And they're chill with it.

Are you going to hit any of your favorite skate spots when you're in town?

No, I don't skate anymore due to some injuries. I'm going to get a tattoo of my dog's face.

Bluetooth? Man, your "connect to Bluetooth" jokes about your dog really got me through the pandemic. Your dog has an incredible, silly face.

I just got another shih tzu named Spinach.

Well, they're very sweet and very peaceful. They're playful, but not too high energy. And they're Christian. It's a deeply Christian breed, which I think is very cool.

I'm an atheist, but I like to surround myself with good Christians. Hardcore Christians. I like the Christian right and what they're doing to this country.

I feel like I need to add a "/s" to every answer you give.

You can just note that I'm sarcastic in the intro.

How would you describe your comedy?

I can be a bit dry, kind of deadpan, but I don't see myself as a cynic. I try to share funny takes on relatable aspects of the human experience.

No, Brent is more absurdist. His comedy has essentially nothing to do with him or his life. I tell stories about my life, and with Brent you can watch 40 minutes of his stand-up and come away with nothing. Brent is honestly the most innovative and hilarious comedian I've ever seen perform. And I'm not bad.

The star power between the two of you seems like a pretty big draw. The poster says "ONLY $20 (wow)" Do you generally charge more for shows?

Usually around that. A lot of the fans of Podcast But Outside are young, so I would never want price to be a barrier.

My stand-up material now involves more crowd work than it used to because I realized that's exactly what I'm doing on the podcast—and what I'm doing well—so I've started to do less structured bits. I mean, I would say they're mostly structured, but whatever skill set I've grown from doing the show has transferred over to the stage. I've been able to embrace the fun, uncontrolled aspect of riffing.

Does your set have a beautiful overarching narrative?

I don't have that right now, but I'm trying to work in that realm.

There are some comedians who hate the beautiful narrative device.

It's quite popular right now, and I think I understand why. The world feels really bleak, so cynicism is a little done and people want earnestness. If you can show some connection with humanity, I think people appreciate that. And that's kind of why people love Podcast But Outside. We go out and talk to strangers, talk to people on all sides of the political spectrum and it's funny but we also have some earnest conversations with people that we would never otherwise meet. I think the earnestness we're seeing in stand-up right now is a function of where we are as a society.