After two weird years, the city's marathon comedy contest seems back on track. 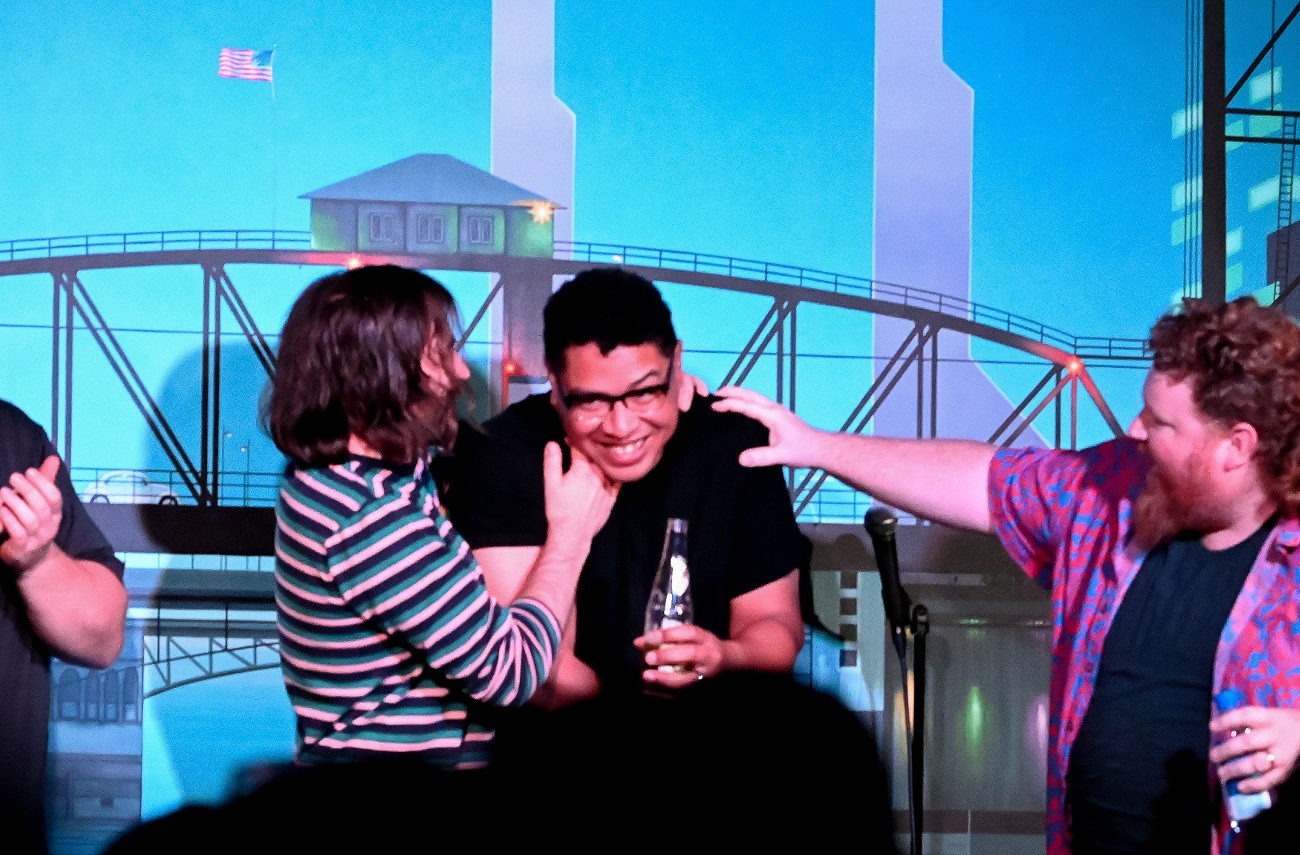 Congratulations are in order to stand-up SHAIN BRENDEN for winning the 2022 title of Portland‘s Funniest Person (PFP). Although its surprising he didn't win the title sooner, the PFP competition had a weird couple years, as have we all.

TORY WARD took the runner up position despite what we thought was a poor showing from a talented comic, and self-described "soft-handed cowboy" JORDAN CASNER placed third.

Presented by Helium Comedy Club annually (excluding 2020) since 2010, PFP is the only local comedy contest or honor that really carries any weight. All competitions are rife with favoritism, but the sheer marathon-like nature of Helium's multiple-month rounds, which begin in spring, ensures that the final comedians are all top notch at stand-up.

The night's host—2021 PFP champ—Kelly Ryan introduced every contestant with some variation of "top six," which was unimaginative, but she also seemed far past caring what a Portland audience thought. Ryan famously breezed into town during the pandemic, won the competition in 2021, and returned to LA barely a month later. We like her and her assertive Connecticut-meets-Long Island style, but we also like having fun and no matter how hilarious she is, it was obvious she didn't want to be there.

Brenden's winning set unfolded smoothly, but if you've seen him at recent comedy shows, his efforts were noticeable. He worked hard on his material, especially a couple longer form bits: one about his tough ten-year-old daughter and another about his favorite NBA rookie players. Both killed last night.

Ward seemed very nervous during her set, which was surprising as we have seen her host far larger, chaotic crowds at Comedy in the Park shows with wry confidence. She gave us attention deficit hyperactivity disorder Kate Winslet and while we wouldn't normally use ADHD as a descriptor, she certainly did—confusing people on spectrum with people with down syndrome at multiple points throughout her set. We were honestly shocked the judges overlooked it [full disclosure: I was also a judge].

However comedy is a subjective art, rife with bad ideas and jestering. I am of the mind that no subject is off the table, but when you do a risky bit you run the fucking risk. The evening also contained a great many bad diet / self image jokes, most delivered with a wink suggesting the comedian knew it was sort of cliched, but self awareness doesn't necessarily translate to funny.

Brenden's material was by no means clear of dangerous innuendo. It was original, however. In 2019 we knocked him for performing slam poetry, but one thing is undeniable: Dude has lived a life. While his stage presence has always oscillated between reserved brusqueness and unexpected bursts of physical comedy, he now seems to be the master of those surprises, and his eyebrow work may have surpassed the Rock's in sheer variety—behind glasses no less.

Jordan Casner placed where wanted him. His material is original and his delivery a unique but captivating kind of ASMR humor. He's definitely one to watch.

Lance Edward was robbed. However, he did draw the first performance slot of the night, considered by comics to be a death spot—as is the last. He also looked at his notes often and fumbled a very funny bit about waiting for the TV Guide channel slow scroll, as a youth, which made us laugh tears the last time we saw it.

We missed the presence of a crown or tiara at this year's ceremonies. But appreciated the narrowing of last night contestants down to six—in previous years it has been ten, which pushed the evening over three hours. We also enjoyed the new practice of roasting all the contestants before announcing the winner, as a nice way to remind the crowd who they just saw.

Ultimately the PFP seems to be returning to its former glory. We know the comedians get passes to give to their friends, but it was terrific to see the dining room full once more, with servers—the true heroes of the evening—deftly ducking around in theater darkness.