The decision was made without any public input, which community groups had requested. 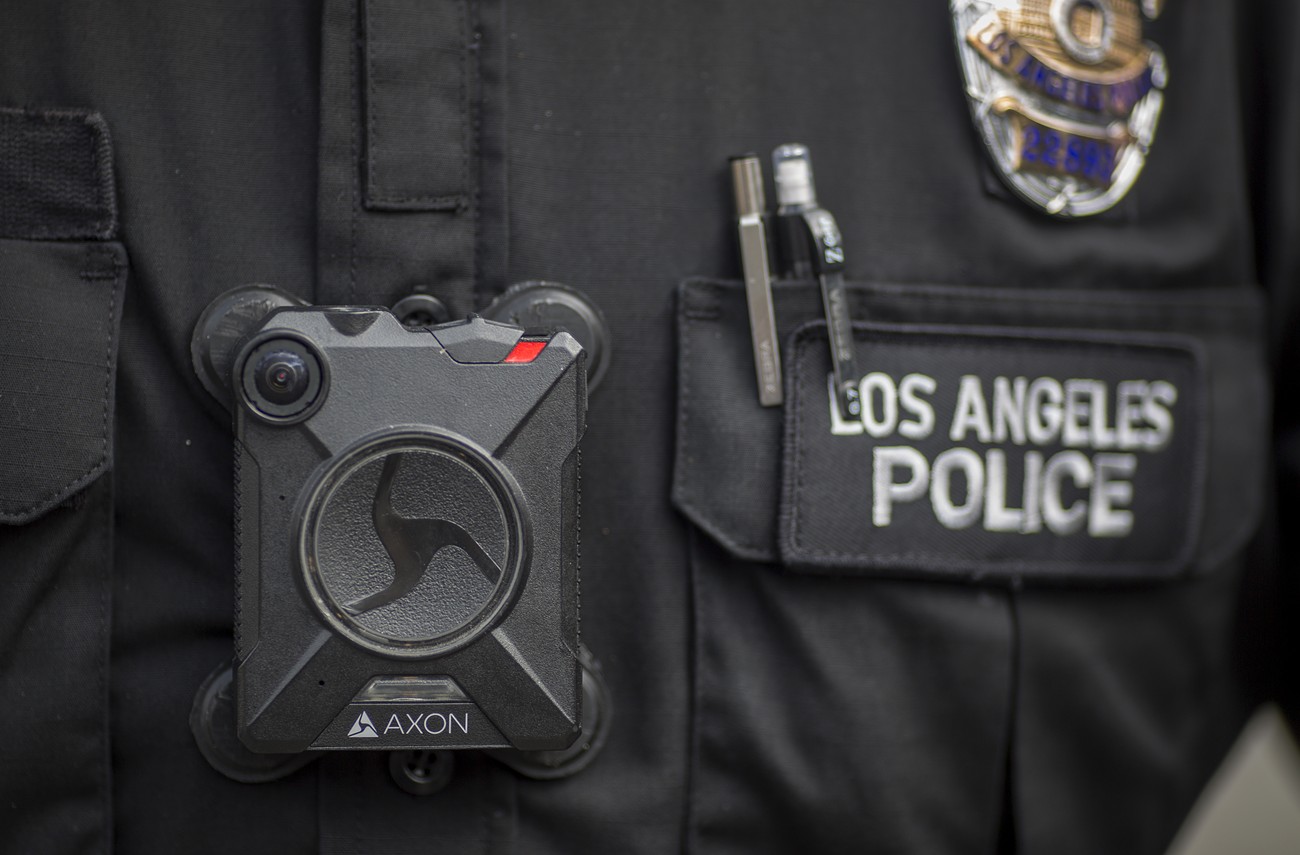 The city of Portland has quietly selected a vendor to run its $2.6 million body worn camera pilot program within the Portland Police Bureau (PPB). According to city documents, officials have selected the company Axon to run the pilot, which is set to begin in September.

The decision comes after community groups with concerns about body worn camera technology urged the city to seek public input on the selection of a vendor before signing a contract—yet it appears little community perspective was considered in the decision.

According to documents posted on the city's public procurement website, Axon was selected by an internal 11-person evaluation committee on May 10, and is currently in contract negotiations with the city to provide the body camera technology. Axon was selected out of four vendors who applied to oversee the program, including Motorola Solutions, Upstate Wholesale Supply, and Utility. According to the committee's scoring system for each applicant, Axon outranked its competitors in its ability to meet the "city's functional and technical requirements."

Axon, formerly known as Taser International, has been producing body cameras for law enforcement and military since 2008, but is known mostly for developing and patenting the first taser weapon. Axon has long had a monopoly over the country's body camera market, and supplies the technology to at least 85 percent of major cities that have adopted body cameras. The Arizona-based company raked in $680 million in revenue in 2020.

More recently, the company has made headlines for proposing a program equipping drones with stun guns as a tool to deter mass shootings.

In previous town hall discussions regarding the pending body camera program, Portlanders have raised specific concerns with Axon for its history with taser technology—specifically the company's long-held rejection of the fact that tasers can kill people. Questions also arose around data storage, and whether the vendor will allow the city to own and oversee all captured data. In Portland's latest draft body camera contract, it requires the city to retain ownership of data stored in the vendor's software.

The city entered contract negotiations with Axon prior to hammering out a body worn camera policy.

According to the city, that's because city attorneys are still in closed-door negotiations with the Portland Police Association (PPA)—the union representing rank-and-file officers—over what that policy may look like. One of the sticking points is whether or not officers who use force against someone should be able to review their body camera footage before writing a report on the incident. Both parties have been in mediation over the policy for more than a year.

The policy will have to go before Portland City Council before moving forward, and could be undermined by the US Department of Justice (DOJ) if the policy fails to meet the body camera standards outlined in the city's settlement agreement with the DOJ. In November 2021, the DOJ sent Portland officials a letter outlining what it would like to see in a city body camera policy. That included cameras for all sworn officers and prohibiting officers who use force from viewing their camera’s footage before writing a report or being interviewed by investigators about the incident.

In February, a consultant group that administers technical oversight of the DOJ settlement released a report on the city's body worn camera procurement and policymaking process, which urged the city to include public input every step of the way. The group suggested the city specifically rely on the Portland Committee on Community-Engaged Policing (PCCEP)—the volunteer committee tasked with overseeing the settlement agreement's goals—for perspective.

"The PPB and City should continue to engage with the community, through PCCEP and other advisory groups, about BWCs [body worn cameras] throughout the life of this development and implementation process," the report reads. "Community members have expressed interest in continued involvement in the construction of a BWC policy and the selection of a BWC vendor."

Yet that involvement never took place. According to PCCEP member Ann Campbell, "no one from PCCEP was involved in selecting the vendor." It appears the decision was solely made by PPB and other city staff.

"The general public were not involved in the vendor selection," said Stephanie Howard, director of community safety within Mayor Ted Wheeler's office. Howard said that the process did rely on the city's Minority Evaluator Program, which selects volunteers from the community to assist in the selection.

The city's body worn camera pilot program is set to begin in September—that is, if a policy is finalized by then. The city has set aside $2.6 million in city dollars to back the program, and has asked the federal government for an additional $2 million in support.