Yet Another Reason To Love Whiskey!! 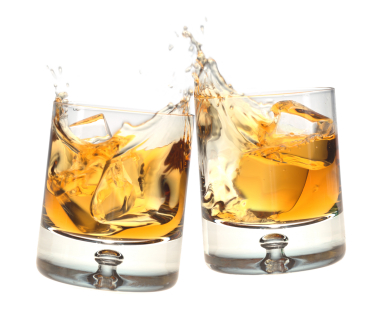 Besides being a sure fire way to get you surly and happy all at the same time, it has recently been discovered that whiskey has other amazing qualities. Ones that may just save the earth!


According to guardian.co.uk, researches in Edinburgh, Scotland have found a way to turn by-products of whiskey into a biofuel that can run cars and perhaps even propell aviation. Check it out:

Using samples from the Glenkinchie Distillery in East Lothian, researchers at Edinburgh Napier University have developed a method of producing biofuel from two main by-products of the whisky distilling process — "pot ale", the liquid from the copper stills, and "draff", the spent grains.

Copious quantities of both waste products are produced by the £4bn whisky industry each year, and the scientists say there is real potential for the biofuel, to be available at local garage forecourts alongside traditional fuels. It can be used in conventional cars without adapting their engines. The team also said it could be used to fuel planes and as the basis for chemicals such as acetone, an important solvent.

Holy shit! I sometimes feel as though the world is a better place after a couple (ahem, 6) pours of good ole Jimmy Jameson. But I had no idea that whiskey could really, physically, make the world a much much better place. I think this news deserves a drink, don't you?! Whiskey Soda Lounge, here I come.

Comments 3
Tags: Drunk Science! Blogs
If you enjoy articles like this, please help the Mercury continue our mission of providing up-to-the-minute information, progressive journalism, and fun things to do in Portland by making a small recurring monthly contribution. Never forget: Your help is essential and very much appreciated!
CONTRIBUTE NOW