Milestones be damned, PFF wants its own movie theater. 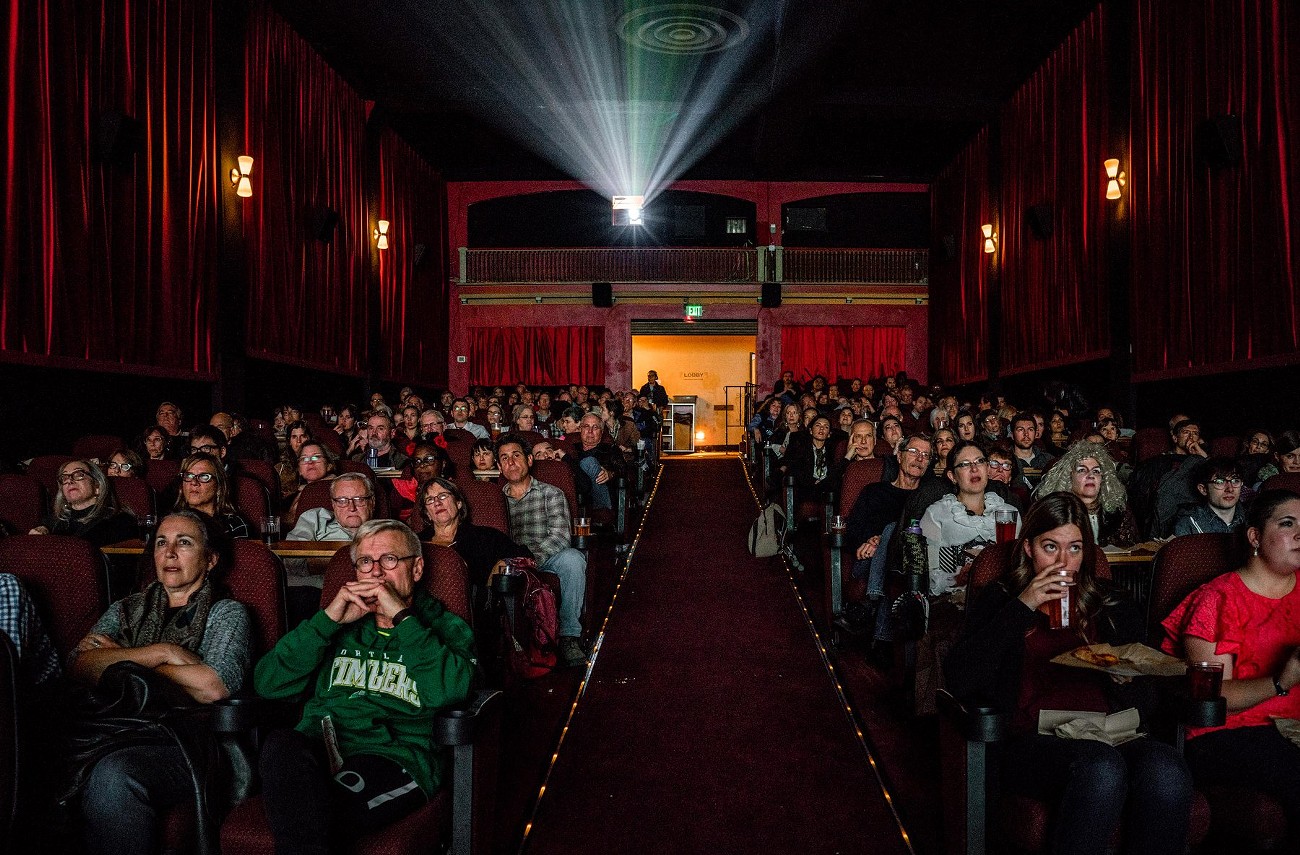 It was nearly a decade ago that Paste called the Portland Film Festival (PFF) a “rising star” that “reflects the beautiful, crazy, eclectic, nutty city it lives in.” Now, going into their tenth year, the festival is looking to make the most of 2022, with additional films and more opportunities for audiences to connect. Clocking in at ten days, the celebration in October will be the longest PFF yet.

Josh Leake, the non-profit festival’s executive director and co-founder, is already looking at the ten years that come next.

“We need to build or buy our own theater,” Leake told the Mercury. “In the beginning, it was easy to rent the theaters. Right now, it’s really hard, even with what I think is our compelling content. Most theaters would rather play Star Wars than they would Black voices or Indigenous voices.”

The team behind PFF had at one point looked into purchasing the historic Roseway Theater, but those plans were dashed when an electrical fire seriously damaged the building. Now, Leake thinks the best path forward is making one of their own.

“Buying would probably be less likely, more like building,” he said. “We don’t have a location, but we’re open to suggestions. We have a really good architect.”

Leake has his eye on German movie house designs, which he’s seen at European festivals. “They tend to be a little bit smaller than the American cinemas, with more venues,” he said. “Then everything is 100 percent accessible.”

“We tend not to play a lot of studio films,” Leake explained. “Most of the movies we play tend to be films made by people and not boardrooms.”

Joe Stevens, PFF’s director of programming, also emphasized the festival’s focus on showing smaller films that might not get their moment in the sun otherwise—all in keeping with the non-profit’s mission of supporting independent voices and nurturing filmmakers.

“I don’t worry about what other festivals are doing,” Stevens said. “I program for this festival.”

Stevens highlighted a couple films that he is looking forward to sharing this year—last year we were impressed by the women-directed horror and Indigenous-made programming.

“I’m always excited for our horror track and this year we’re doing something different. Since we’re playing for more days than we’ve ever done, we’re going to have a nightly horror film,” Stevens said. “I’ve always wanted to do midnight movies, so I’m very excited about that.”

In particular, Stevens said he was looking forward to Marie Alice Wolfszahn's Mother Superior, a horror-fantasy-thriller about a nurse, an eccentric Baroness, and the secret that bonds them. The film left him shaken—always a good sign when it comes to horror.

“It’s a bit of a head trip,” Stevens said. “When I watched it, I wanted to give myself a little bit of time before I went to bed. It was something else.”

Straddling the genres of horror and documentary, this year’s PFF programming will also include Living with Chucky, which chronicles director Kyra Elise Gardner’s lifelong connection to the killer doll.

“She grew up around the franchise, so we’re gonna get more behind the scenes than we’ve ever had. She’s going to bring up Chuck and some of the other stuff for the in-person screening,” Leake promised.

The schedule is still being finalized, but Stevens said PFF is adding a dedicated track around sports films and is looking at one with a lot of local connections. “We’ve always had films about sports, but this year we had enough that we figured, ‘why not program them together?’” he said.

Beyond specific film programming, attendees can expect creator panels and a daily self-care track that includes sound baths and other cinema-adjacent relaxation techniques. “A lot of filmmakers work on set and they never have time to do anything like that,” Leake explained. “We thought we’d put that together to make sure everyone’s having a good time.”

That‘s all part of PFF’s continuing vision, which seeks to connect audiences with both films and filmmakers.

“For us, it’s never been about making money,” Leake explained. “Our success is screening a film for a good number of people and letting our directors get a chance to meet the Portland audience.”

Tags: Fall Arts 2022 Movies & TV Arts
If you enjoy articles like this, please help the Mercury continue our mission of providing up-to-the-minute information, progressive journalism, and fun things to do in Portland by making a small recurring monthly contribution. Never forget: Your help is essential and very much appreciated!
CONTRIBUTE NOW