An Oral History of How Pig, the Sublime Film Shot and Set in Portland, Found Its Heart

An Oral History of How Pig, the Sublime Film Shot and Set in Portland, Found Its Heart

Chase Hutchinson
Hot vax summer turned out to be lukewarm at best, but with artists back on tour, festivals adopting hybrid models, and venues requiring proof of vaccination, this fall stands in stark contrast to last fall when we were all hunkered down using our favorite music, podcasts, and various other media to stay sane. The arts world is back at it, bringing communities together with that special spark of connection that happens through shared experiences. To keep you supplied with a steady dose of culture, we’ve rounded up the most noteworthy arts events just around the corner, from PICA’s Time-Based Art Festival to The Moth Mainstage, and from Thundercat to Last Podcast on the Left.

Country-pop duo Dan + Shay have won three consecutive Grammy Awards for best country duo/group performance and they're showing no signs of slowing down with their biggest tour yet. The pair recently collaborated with Carrie Underwood on a cover of "Only Us" for the upcoming film adaptation of Dear Evan Hansen.

The solo project of South Korea-born and Eugene-raised musician Michelle Zauner, Japanese Breakfast’s third album Jubilee was released in June, a study in joy contrasting with her previous two albums. While you mark down the days till the concert on your calendar, check out Zauner’s other talents in the form of her debut memoir Crying in H Mart, which was released in April to critical acclaim (and already set to be adapted into a film).

Pop rock icon and fashion darling Harry Styles will croon singles from his second solo studio album Fine Line to what is sure to be an arena chock-a-block (there’s some British slang for you) with hordes of screaming fans. Styles will be supported by indie queen and former Rilo Kiley frontwoman Jenny Lewis.

Even though they *technically* haven’t released a new album since their 2017 hit Woodstock, we feel it still: the pull towards this band’s catchy pop-rock tunes. Transplants from Alaska, we’ve readily adopted PTM as Portland’s own. They’ve made it easy to love them with their infectious hooks, commitment to activism and philanthropy, and fierce support of the Blazers.

Hip hop duo $uicideboy$ was founded in 2014 by cousins Ruby da Cherry and $crim. The duo found success on Soundcloud, gaining attention for their self-produced beats and no holds barred lyrics which often reference substance abuse and suicide. They'll be joined on tour by the likes of slowthai, TURNSTILE, and Chief Keef.

The soundtrack to a good time, the funky bass slaps of Thundercat have been sought after for collaboration by the likes of Kendrick Lamar, Childish Gambino, Erykah Badu, and other legends. His latest tour will include material from his Grammy-winning album It Is What It Is and support from the buzzworthy Channel Tres. 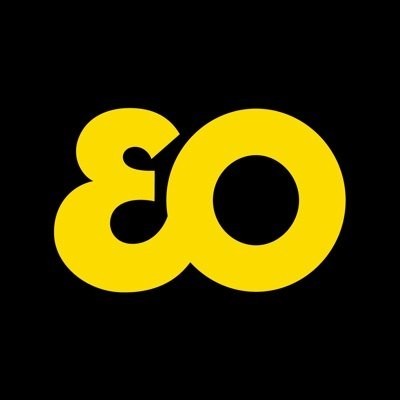 EverOut is The Mercury's new website devoted to things to do in Portland and across the Pacific Northwest. It has all the same things you're used to seeing from Mercury EverOut Staff, just in a new spot! You'll find nearly every in-person and online event happening in town, plus curated picks and guides. Get in touch with them (and learn how to submit an event) here.
If you enjoy articles like this, please help the Mercury continue our mission of providing up-to-the-minute information, progressive journalism, and fun things to do in Portland by making a small recurring monthly contribution. Never forget: Your help is essential and very much appreciated!
CONTRIBUTE NOW