Drag Yourself to Open Casting Call at the Red Cap Garage

RuPaul’s Drag Race is a highly entertaining show that I recommend to anybody who watches Project Runway or America’s Next Top Model and wishes that the contestants were more fabulous, could dance and would say, regarding other contestants on the show, “I would be a lesbian with her.”

But let’s face it, drag is meant to be experienced in person. So that you can take a long hard look at those breasts and wonder why the hell your own real ones don’t look that real. Which is why (I can only assume) Logo Television, the channel that first aired RuPaul’s show, and Red Cap Garage have teamed up to create the first regional Drag Race. And lucky for us, it’s right here in Portland.

Tonight, April 2, at Red Cap, there is an open casting call for all drag performers who wish to participate. Fiercest Drag Diva hopefuls need to fill out a registration form, submit a photo, get in drag and get ready for an interview with judges. Ultimately, 8 contestants will be chosen to compete for a host of prizes, including $1,000 in cash and, here’s the kicker, 2 VIP tickets to One Mighty Weekend during Disneyworld’s Gay Days plus paid airfare and lodging.

The Portland show, officially called RuPaul’s Drag Race Portland Edition, is hosted by Poison Waters and will put drag divas to the test with “creative challenges” similar to those on the television show. Elimination has been replaced with a scoring system, but Lip Sync For Your Life will still occur at the end of every show. Starting Thursday April 9th, we’ll get 12 long weeks of fierce drag competition at the Red Cap, and to sweeten the deal further, there’s no cover charge! 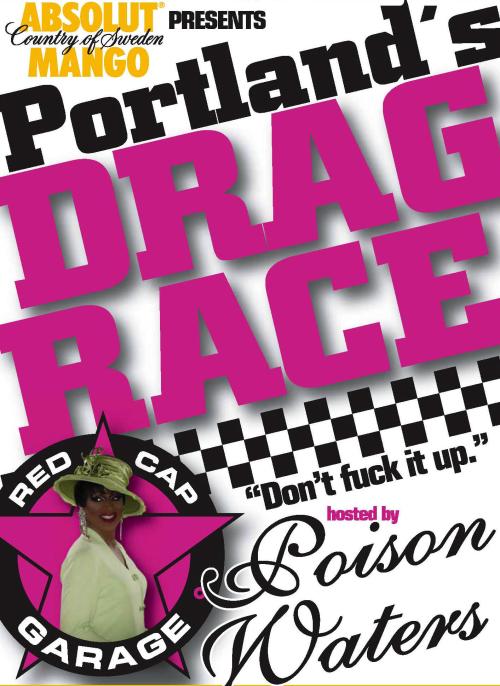 Comments 1
Tags: Fashion Homo Events Blogs
If you enjoy articles like this, please help the Mercury continue our mission of providing up-to-the-minute information, progressive journalism, and fun things to do in Portland by making a small recurring monthly contribution. Never forget: Your help is essential and very much appreciated!
CONTRIBUTE NOW

You Deserve Nice Things... So Get Yourself a Sexy New Mercury T-Shirt!

Hurry, Hurry! This Sunday is YOUR LAST CHANCE to Score These Sweet Mercury Tees!

You Look Great... and You'll Look Even Better in Swanky Mercury T-Shirt!