Clearly I'm not speaking of the modern iteration of Helmut Lang here, but of the original, the man himself, who quit a successful run in the fashion world back in 2005, much to the chagrin of minimalist dressers everywhere. Now it's being reported that Lang is going to use the last of his remaining collection (after giving many of the pieces to designers and museums who aren't going to let you wear them anyway) as materials for a series of 12 stalactite sculptures in "Make It Hard," his upcoming solo show at The Fireplace Project in East Hampton (you can pay your respects from July 22 to August 8th). Wampwamp. 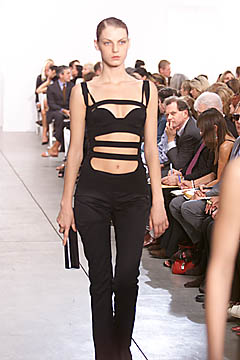 MOD: Where everything old is new again.

Tags: Fashion Artsy News Blogs
If you enjoy articles like this, please help the Mercury continue our mission of providing up-to-the-minute information, progressive journalism, and fun things to do in Portland by making a small recurring monthly contribution. Never forget: Your help is essential and very much appreciated!
CONTRIBUTE NOW