Why don't these guys ever make an effort to surprise us? 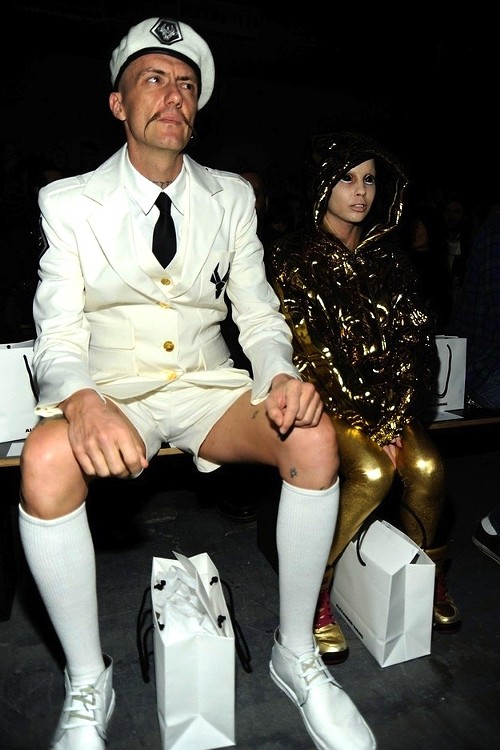 1. I interviewed Ninja a couple weeks ago and he told me that designer Alexander Wang (whose runway show they are attending here) was making them "secret ultimate outfits." I assume these are them. (You can read that interview in the new issue of the Merc, dropping later today.)
2. If you haven't already seen the commercial featuring them performing in Wang's incongruously minimalist clothing, here.
3. My friend spent $40 on those exact same contacts at a Ricky's and his eyes were so irritated that he was convinced he had pink eye for three days afterward.
4. Die Antwoord plays a sold-out show at the Roseland on Saturday. I can't wait to see what they wear.
Via.

Comments 4
Tags: Fashion Music Blogs
If you enjoy articles like this, please help the Mercury continue our mission of providing up-to-the-minute information, progressive journalism, and fun things to do in Portland by making a small recurring monthly contribution. Never forget: Your help is essential and very much appreciated!
CONTRIBUTE NOW