Did you hear the one about the vegan bakery and cafe that only wanted to hire vegans? No? Too bad, because the LOLs are many.

I'm going to try and not say much about how I feel regarding the stupid discriminatory initial job listing from Sweetpea Bakery requiring that their new employee be vegan, and the ridiculous bullshit outraged response that followed. Because when I discuss it, my eyes roll back in my head, I begin to foam at the mouth, and deep from within my soul emerges a foul and profane litany so dark and angry that it literally sucks all joy from the world within a two foot radius of wherever I happen to be sitting.


Why? Because it is not unreasonable for a vegan bakery to ask an employee be knowledgeable about veganism (and I find most of those folks are actually vegans). However, it's dumb to post a job listing in a public forum requiring applicants be vegan. There are easier, less public ways to discriminate while hiring—like asking pointed questions in an interview for instance. (Any Fortune 500 company could tell you that.) Not to mention, it also makes you look insular and unwilling to have a conversation with people who may be curious about the particular lifestyle you espouse.

ALSO!? Also... (calm... calm...) It's simply ludicrous for a business owner to allow themselves to be lured into a soul-crushingly stupid internet throw-down. It's poor behavior and worse PR.

Shhh... Shhh... Breath... Okay, I need to stop. The comments section is now open for your "As a vegan I'm offended that..." and "slippery slope" arguments. Have fun, and play nice, Blogtownies. (Or not. I really don't give a shit.)

Comments 40
Tags: Food and Drink Debate Club Ethics Blogs
If you enjoy articles like this, please help the Mercury continue our mission of providing up-to-the-minute information, progressive journalism, and fun things to do in Portland by making a small recurring monthly contribution. Never forget: Your help is essential and very much appreciated!
CONTRIBUTE NOW 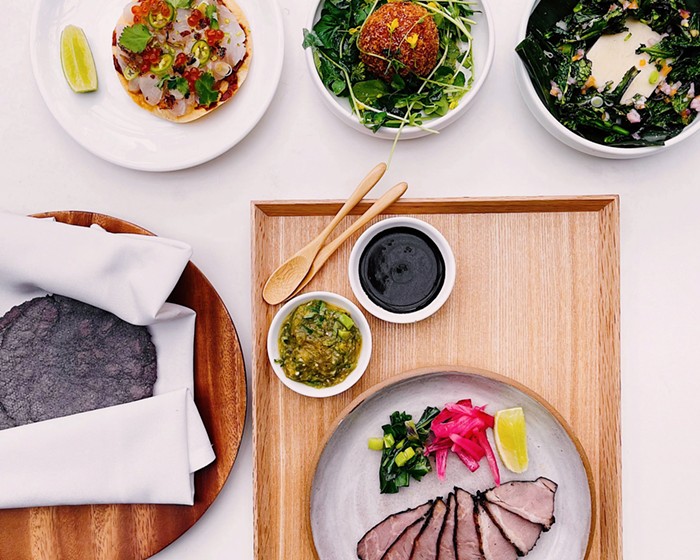