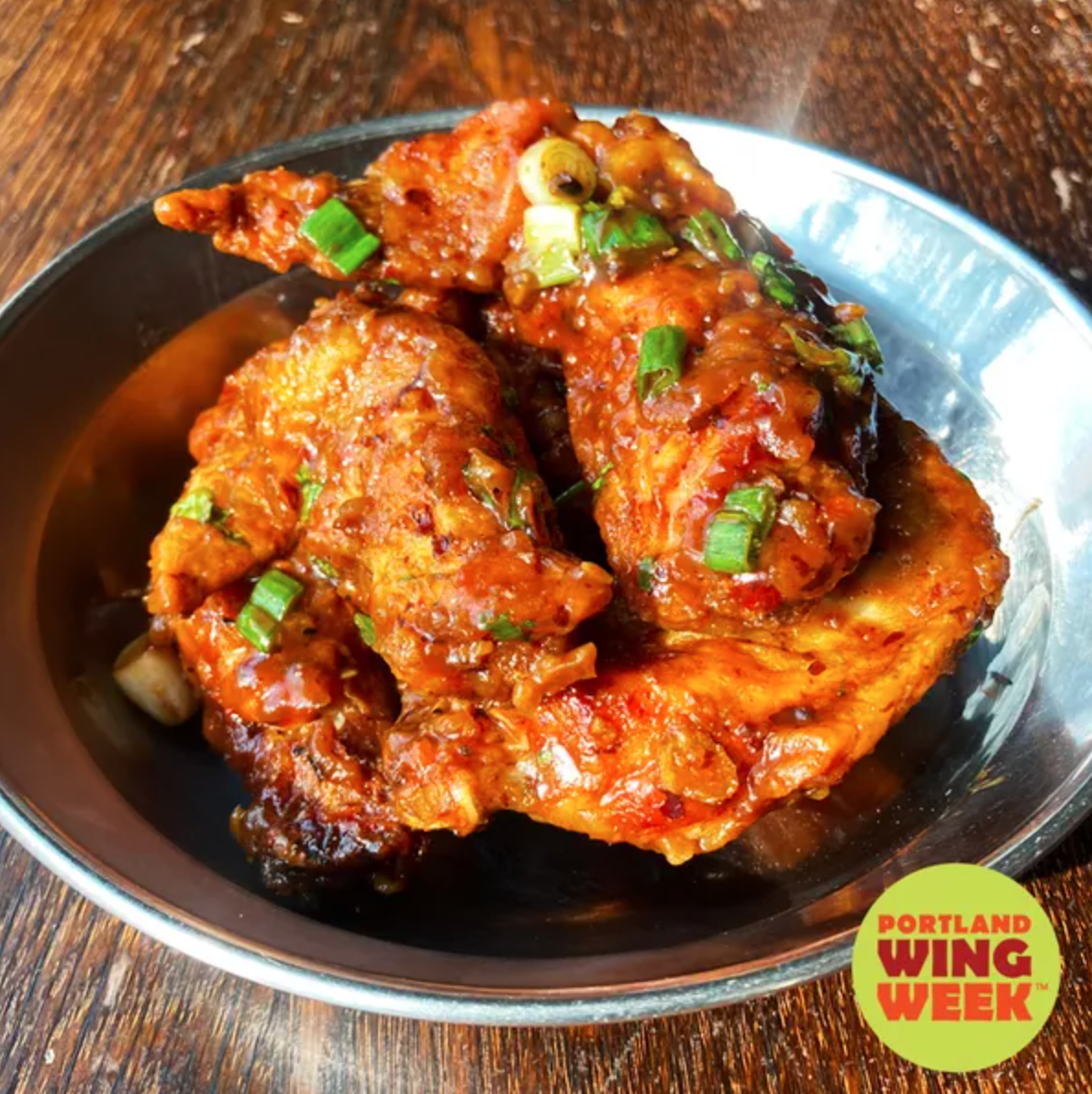 What, dear reader, was the greatest week of your life?

Think back on that moment. Treasure its beautiful memory. Then THROW IT IN THE TRASH, because the Portland Mercury’s Portland Wing Week is about to make every other week you’ve ever experienced look like GARBAGE.

That’s right: Starting NOW to Sunday, October 9, the Portland Mercury’s Portland Wing Week returns—with 27 one-of-a-kind chicken wings available at some of Portland’s favorite bars and restaurants! Even better? Each order of wings will only cost you a mere $6! Yes, it will be amazing—because the Mercury, and our pals/sponsors at Jim Beam and EverOut, wouldn’t have it any other way!

Read on for a complete list of this year’s wings—and once you stop drooling, keep a few things in mind:

TIP, AND TIP WELL! Wing Week’s a ton of fun—and making it happen takes a ton of work! Make sure everyone behind Wing Week—everyone working on the floor, in the kitchen, and behind the bar—knows how much you appreciate them. Wing Week couldn’t happen without ’em!

WINGS... AND MORE! As subtly implied by the name “Portland Wing Week,” wings ARE the focus of Wing Week. BUT! Each Wing Week location also has an amazing array of sides and drinks that are a perfect match for their wings! Don’t miss out!

HAVE FUN! This is Portland’s biggest Wing Week ever—and it’s almost guaranteed that despite everyone’s best efforts, there’ll be lines, sell-outs, and more. So if one location is too crowded? Just come back another day, and in the meantime, hit another Wing Week location!

#PORTLANDWINGWEEK  The Mercury’s got you covered with Wing Week updates, reviews, and tips on Facebook, as well as Twitter and Instagram (just search the #portlandwingweek hashtag for loads of up-to-the-second info). And on the WING WEEK homepage, you’ll find useful stuff like a handy map of all WING WEEK locations, which also makes for a great tattoo.

WE ADORE YOU!
Thank you so much for partaking and enjoying in the Mercury's food weeks and supporting small local businesses—especially those who may not get the attention they deserve!

YOU'RE THE BEST. And, as always, if you appreciate the Mercury's daily efforts to keep you informed and entertained, please consider dropping a small contribution so we can keep it going!

Again, GO HERE TO SEE ALL 27 (!!) OF THE DELIGHTFUL WINGS IN THEIR SUCCULENT GLORY, and get ready for the most tummy-pleasing week of your life: the Mercury's WING WEEK! Coming at ya RIGHT NOW (October 3-9)... and for only $6 a plate? What?? YES!!