PIZZA WEEK IS BAAAACK. Sally Anscombe / Getty Images
Good morning, Portland! We're splashing into another rainy April week (no snow, though!), so layer accordingly. But don't let the rain stop you from grabbing a hot slice of unique pizza this week from one of the Portland 'za establishments slinging specialty slices! It's Pizza Week, baby! No one out-pizzas the week.

- President Joe Biden is making his first visit to the Pacific Northwest since becoming president this week, with a plan to hype his infrastructure bill. Biden will be in Portland Thursday, but the White House isn’t sharing deets on where yet. So coy.

- Local political group People for Portland is taking Metro to court over the regional government’s legal ruling against the group’s proposed ballot initiative—which would redirect taxpayer dollars set aside for permanent housing towards funding homeless shelters. On Friday, the political group appealed the ruling in Multnomah County Circuit Court, arguing that Metro's decision isn't based on strong legal arguments and called it an "obstructionist scheme" by Metro politicians.

- Meanwhile, the tax which People for Portland is attempting to siphon funding from, the Support Housing Services fund, reports placing at least 500 homeless people in permanent housing over the past six months.

- Multnomah Sheriff Mike Reese published an open letter Friday illustrating his concerns about rising rates of violent crime in the region, and urged leaders to take action—without suggesting how.

- Saturday night came with a Summer 2020 twist after a protest against police brutality turned fiery:

- Madison Shanely, a longtime national anthem crooner for Timbers/Thorns games, said she will no longer sing for the franchise—at least not until the club’s management genuinely addresses allegations that its covered up abuse multiple times in the past year.

- Addiction treatment funding dollars promised through Oregon’s Measure 110 have yet to reach the rehab centers they were promised to—causing many to question the efficacy of Oregon’s historic drug decriminalization bill.

There's a new way across the Columbia if you're on foot, on a bike or on horseback.@TomBanse visits the rebuilt Beverly Bridge. 7:45 a.m. on @OPB. https://t.co/M4l6EwRrVZ
— Geoff Norcross OPB (@OPBmorning) April 18, 2022


- The US saw three mass shootings over the weekend, two in South Carolina and one in Pennsylvania. At least 31 people were injured in the shootings.

- Florida’s education department rejected 54 mathematics textbooks from next year’s school curriculum, with some of them being axed due to alleged references to critical race theory. MATH TEXTBOOKS. Get a fucking grip, Florida conservatives.

- Alex Jones' Infowars filed for bankruptcy Sunday, with Jones tangled up in numerous legal fees for lawsuits filed against him regarding his claims that the Sandy Hook mass shooting was a "hoax."

- The collision of two religious holidays—Passover and the Muslim fasting month of Ramadan—led to a violent clash at Jerusalem's al-Aqsa mosque compound. Nearly two dozen Palestinians and Israelis were injured by rocks and rubber bullets early Sunday.

- Now, let us enter this week with the energy of Lizzo introducing herself as the music guest on SNL: 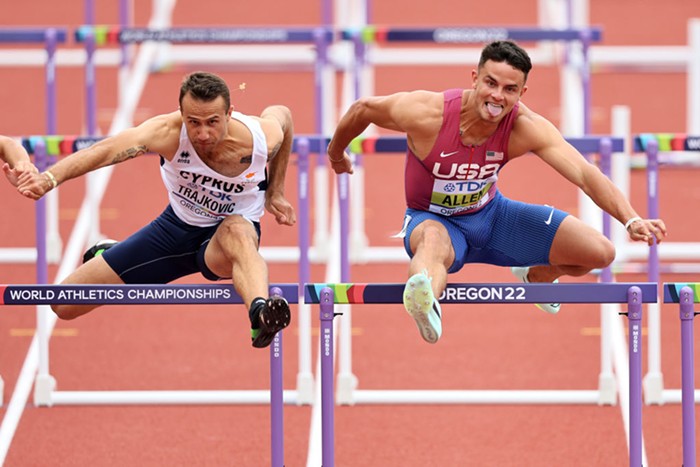