Last January, I became moderately obsessed with North Korea, thanks to this book, this graphic novel, and these photos. North Korea is both terrible and completely bizarre—in this day of hyper-connectedness, it's hard to wrap my head around the idea that a country actually exists where millions of people have no light, not to mention no internet, phones, or non-programmed radios and TVs.

Illustrating North Korea's strangeness is its official website, which is down today, the day that North Korean dictator Kim Jong-il has also ceased to exist.

Good thing I took a screenshot of the website a year ago!

Though it's North Korea's official website, it's a very simple page with early-90s cyberspace graphics. It links to a CafePress shop, which is still up and where you can buy such items as an official North Korea baseball tee: 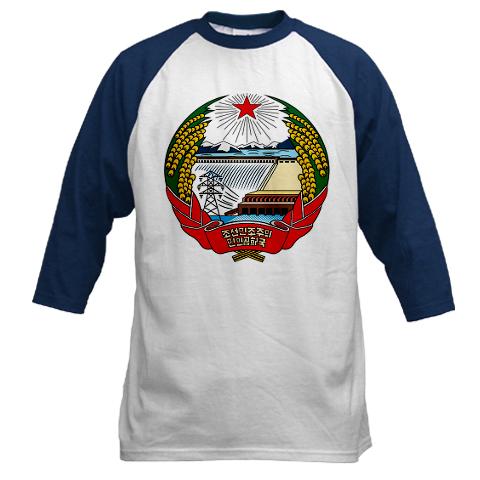 The website, it turns out, was developed by a random Spanish citizen who is a fan of North Korea. He built the website with $150 and was awarded multiple audiences with the now-deceased dictator himself. Of course, the North Korean website is not actually accessible in North Korea, where the internet is run on a self-contained network.

Comments 6
Tags: Horrors Blogs
If you enjoy articles like this, please help the Mercury continue our mission of providing up-to-the-minute information, progressive journalism, and fun things to do in Portland by making a small recurring monthly contribution. Never forget: Your help is essential and very much appreciated!
CONTRIBUTE NOW