Are movie theaters that you like participating in this new, national tradition? 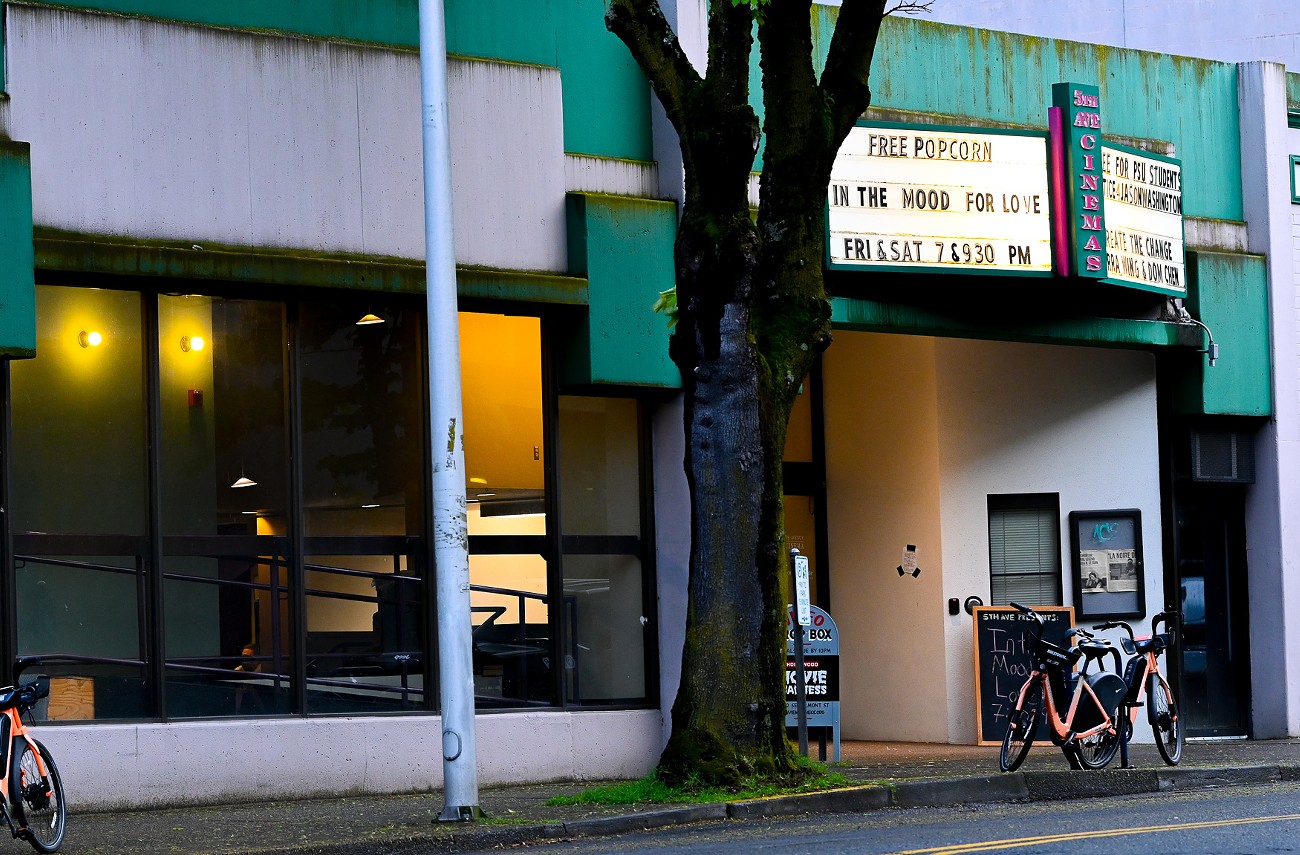 On Saturday, September 3, many movie theaters across the nation will only charge $3 for tickets to their shows, as part of a new holiday called National Cinema Day. The new holiday is sort of like Record Store Day for movie theaters, as it entices audiences back into movie theaters, hoping they'll make a habit of it.

Cinema Foundation president Jackie Brenneman called the new initiative a "'thank you' to the moviegoers." Cinema Foundation is a newly established nonprofit arm of the National Association of Theater Owners (yes, NATO, but not that NATO), which launched in March 2022 to help "build NATO's mission." Planning National Cinema Day seems to be part of that, although implementation has been a little sticky.

The good news: This is not just for chain theaters. Many—although not all—of Portland's independently owned movie houses plan to participate. The eh news: Which ones? WE CHECKED.

5th Avenue Cinema: Participating. "We are already free for PSU students and alumni," 5th Avenue's coordinator told the Mercury. "[But] we just got the okay to participate. We're showing Le Rayon Vert on 35mm!"

Bagdad Theatre: All McMenamins theaters are participating. They got really into it and made a new "just for fun" stamp for their passport book.

Cinema 21: Free pass for ticket buyers. "We sort of lost track of the timing earlier this month, when we put tickets up for sale for Kieslowski's [Three Colors] trilogy," Cinema 21 owner Tom Ranieri told the Mercury. "So all tickets will be at regular prices, but we plan to give ticket buyers a movie pass to a future film at C21 on that day."

Hollywood Theatre: Participating, WITH CAVEAT.  Hollywood representative Alison Hallett (who used to be the Mercury's Arts Editor) explained: "Movies at the Hollywood will be $3 that day, except for Election, which has live comedy before it, hence the regular price."

Joy Theater: AN UPDATE! Joy Cinema, we see you and we see your observance of National Cinema Day! "Along with some fairly standard repertory titles (Raiders of the Lost Ark, Footloose)" Joy Cinema owner Jeff Martin told the Mercury, "we'll be presenting the very rarely seen Revenge of the Creature in 3-D [format]."

Regal Fox Tower: All your Regals are participating.

Regal Pioneer Place: All your Regals are participating.

Studio One: Not participating. Theater co-owner Rudyard Coltman said they planned to have food and drink specials in honor of the day, and Saturday always has $6 brunch screenings from 9 am-noon, but they aren't planning to adjust ticket prices.

St. Johns Theater and Pub: All McMenamins theaters are participating.