The High Water Mark of Praise for Okkervil River

If you read the word "genius" enough times in the bevy of glorious praise thrust at Okkervil River songwriter/singer Will Sheff, you might actually believe it to be true. Granted, it's a tag that wields much heft—in addition to unrealistically lofty expectations and a songwriting bar set to Dylanesque heights—but with Sheff, the word just seems to fit. Will Sheff, songwriting genius. It reads well, I suppose, but to make such grand declarations and avoid hyperbole, there needs to be some substance to back it up.

The substance in question is The Stage Names, the latest album from this Austin sextet. While the record doesn't seem to live up to the lingering hype that clouded 2005's Black Sheep Boy (and the essential follow-up EP, Black Sheep Boy Appendix), it never was intended to. Instead The Stage Names is a stand-alone work of art that deliberately lacks the conceptual tug of Black Sheep Boy. The record is a perfectly balanced presentation of Sheff's magnificent ability to weave the written word, and it's also different due to where he is at as a person.

"With Black Sheep Boy there was definitely a certain sense of heaviness towards how I, and the band, was feeling at the time. I knew I wanted to follow that feeling far down to see where it led to," Sheff says. He adds, "With The Stage Names, it was more of being in a content place, and I wanted to follow the fun and joy as high up as I could ride it."

He's right. Compared to the death jig that is Black Sheep Boy, The Stage Names is nothing but cooing kittens and glistening rainbows. While the new Okkervil River is a happy Okkervil River, the band still yields great influence over the listener. The emotionally crippling wake of Sheff's words manages to rise and fall from the most sincere of verses—"Let fall your soft and swaying skirt/Let fall your shoes/Let fall your shirt/I'm not the lady killing sort enough to hurt a girl in port" (from "A Girl in Port")—to the overtly descriptive—"Marie's passed out in a chair with her once fussed-over hair all mussed into an 'I've just been fucked' shape" (from the rowdy "You Can't Hold the Hand of a Rock and Roll Man").

If more proof is needed of the clever wordplay of Sheff, "Plus Ones"—the perfectly penned ode to love songs, complete with a dizzying amount of lyrical references—is all you need to hear. Sheff adds numbers (literally, plus one) to well-known lyrics, as he declares, "No one wants to hear about your 97th tear," discusses "the 51st way to leave your lover," and my personal favorite, "No one wants a tune about the 100th luftballon."

The parade of acclaim for both the pen of Sheff and the band itself has started to pay off. Okkervil just notched their first late night television appearance—Late Night with Conan O'Brien—are playing bigger rooms, and are finally able to make ends meet without any day-job assistance. According to Sheff, "There is this feeling that people seem to be excited about us in a way they weren't before. It's strange, it's like suddenly all these people just showed up at your party." Given all the praise the band has received, that party is about to get very crowded. 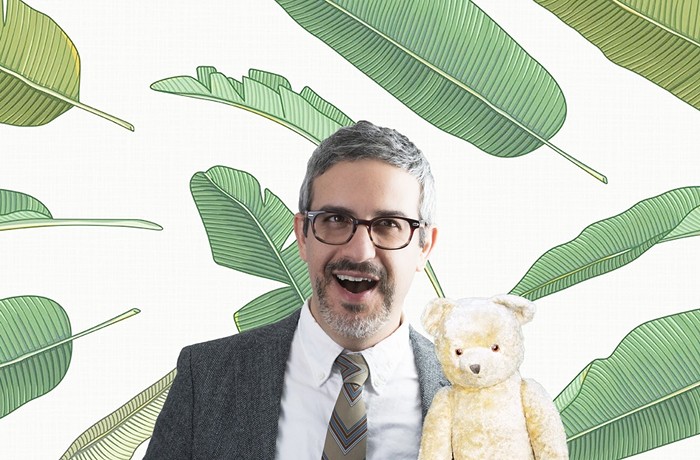