ANYA MARINA readily admits she's not an expert on Felony Flats—that ill-reputed patch of Southeast Portland that stretches around SE 82nd and Foster. (Neither am I, embarrassingly, despite having lived in SE Portland for several years.) But she liked the term well enough to name her new album after the neighborhood, and for our meeting she's done some research. She tells me an anecdotal history of scrap-metal thieves who once populated the area, many of whom lost the tips of their fingers from botched attempts at pilfering heavy steel plates off the road. She can also read the Russian store signs that dot the neighborhood—Russian was the only language Marina spoke at age two, until her father told her Russian mother that he was tired of not being able to understand his own daughter.

Felony Flats comes out Tuesday, March 13, and it was initially borne out of a temporary songwriting retreat to Portland. "I came up here two years ago to work on a couple songs for two weeks, which turned into three weeks," Marina says. "I was staying in my friend's condo, and kept extending my trip. I couldn't leave! I'd had a pretty intense tour before I came up here—had a little bit of a nervous breakdown. Said, I need to just get well and go somewhere, you know, a city that I love, where I won't see a lot of people, where I can just work and be peaceful and listen to music and play music. And get good coffee."

Marina ended up with not just a new place to call home, but with 33 new songs, far more than she'd written for 2006's Miss Halfway and 2009's Slow & Steady Seduction: Phase II. "This one I really handpicked, and I wanted to make sure I chose songs that I would want to keep playing for years and years," she says. "And I wanted them to be the most meaningful songs, too. I didn't want any fluff on there, if that makes sense."

The result is easily Marina's best work; it's one of the most effortlessly listenable pop-rock records in recent memory, without a single weak moment among its 10 perfectly paced tracks. Marina's songwriting is unmistakably straightforward, but her performances are layered with subtle shades of emotion; songs like "Notice Me" and "Nothing to Go On" share equal parts bravado and vulnerability. Marina produced Felony Flats herself—her first time taking the producer's mantle, laying tape at Gregg Williams' Trench studio—and the record bursts with inventive, tasteful flair and excellent performances from the musicians she chose to work with: Cody Votolato (of the Blood Brothers and Telekinesis) on guitar, Joe Plummer (of Modest Mouse and the Shins) on drums, Jeff Bond on bass, and Blitzen Trapper's Eric Earley on a couple numbers.

Marina says, "A lot of the themes and topics are based around not only moving specifically, like physically moving out of Southern California, but also moving on from long-term situations and relationships that had run their course. And graduating into the person that I am now. I feel like it's also the first time I've stood alone and felt so much less doubt than I've ever felt with any other record."

With a background in theater and a former day job as a DJ in San Diego, Marina has always felt comfortable in front of an audience—evidenced by the engaging, funny banter she sprinkles between songs during live shows. But she initially felt insecure upon deciding to become a full-time musician five years back. "I always felt like I didn't belong at the musician party. It was really my own doubt that's always plagued me. It's not that anyone else was telling me I wasn't allowed at the party; it was my own feeling that I wasn't allowed there."

That lack of confidence is nowhere to be found on Felony Flats; it's the work of someone fully in command of her own voice. More than anything, Marina says, it boils down to trusting her gut and finding "a place where you just stop giving a shit about hiding behind anything."

She adds, "You know a great song when you hear it because you drive your car fast blasting it, and you lip-sync it, and you cry while it's playing. That's a good song. And it's not because it has the perfect changes or the perfect players on it, or the most expensive tape, or whatever. It's because the people performing it mean it. They'd fucking die for that song. Or at least it sounds like it." 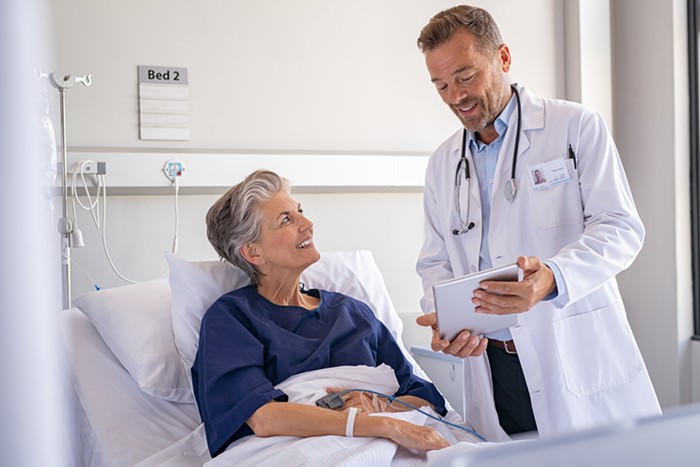