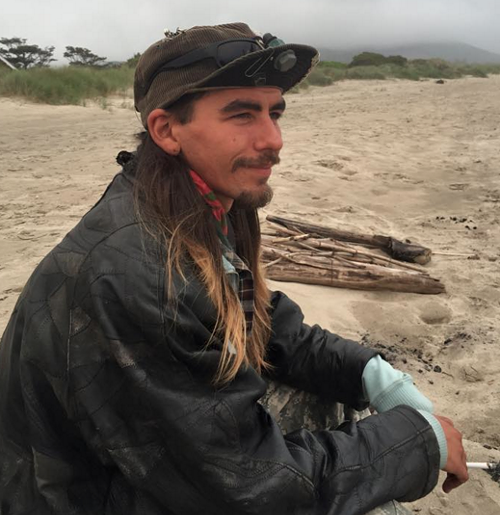 In these days of slackened taxi business, it's not cheap to become a Portland cabbie.

It costs anywhere from $75 to $100 for the background check the City of Portland administers, depending on what kind of driving you'd like to do. Then there are fees for drug tests, and it can cost money for the city to order DMV records from other states.

Put all together, you might be staring down a couple hundred bucks just to land a gig. And if you're homeless that's probably not happening.

Which is why this Portland crowdsourcing story is pretty heartening. Local cabbie Wynde Dyer set up a campaign this week through GoFundMe, aiming to get a local homeless man named Sean Martinez on his feet in the taxi game. Martinez is a 27-year-old Hazelnut Grove resident who says he's got a pristine driving record, and who's made it a resolution to find a job in the new year.

Now it looks like that's happening. In around one day, Dyer's campaign shattered its modest $280 fundraising goal (which included $60 allocated for clothing)—enough to get Martinez's paperwork through and put him in the driver's seat.

The effort has made $757 as of this writing, including, apparently, $50 from City Commissioner Amanda Fritz. Assuming Martinez successfully passes the city's licensing process, the money's enough to pay for nearly a month's worth of cab rental fees on top of the licensing money, meaning all the money he makes from fares, he'll keep.

"Every day I wish I could have my own place," says Martinez, who says he's been on the streets for several years—looking on and off for work—and is blown away by the unexpected support.

The crowdfunding campaign got rolling after Dyer met Martinez on a visit to Hazelnut Grove, the organized encampment on North Greeley that the city is on the verge of permitting. But the effort is actually part of a larger undertaking Dyer's got going. She calls it "Compassion Cab" and it offers an interesting look into Portland's cab industry.

It works like this: Dyer owns two cabs registered with local company Green Cab, and says she pays between $1,100 and $1,200 per week in overhead costs that include a "kitty"—the cost cab companies charge their contractor drivers for dispatching and other services. She keeps her cabs manned with a rotation of seven or eight drivers, who pay a daily fee of maximum $80 for a shift.

That could be a pretty sweet set up for Dyer, since her cabs keeps busy—both with private fares and ferrying Oregon Health Plan members to medical appointments. But Dyer's got an interesting approach to the business.

She frequently stakes drivers like Martinez for their up-front licensing fees, and offers reduced daily "kitties" to drivers as they find their feet. Here's how she describes it in her GoFundMe pitch:

Dyer says it's not a lucrative affair. She's shooting to make $700 a week from the business, but told me "that hasn't happened in a long time." Compassion Cab also offers discounted fares to vulnerable populations like the homeless, seniors, food stamp recipients, and the disabled.

Martinez isn't the first person to benefit from subsidies Dyer offers. She ticked off seven people who've become drivers for her through this process. And she typically pays for their up-front costs herself, she says—after all, they'll ultimately become moneymakers for her, if things go right.

"What I try to do with my business is to get enough money to get back on their feet, but not have too much work," she says. "When you’re trying to get off your feet from homelessness, you have a lot you have to do."

With the emergence of Uber and Lyft in Portland, though, she says she doesn't have money to front Martinez. And she's frank about being conflicted about even getting him started in the cab business.

"I have tremendous reservations about bringing anyone into the taxi industry, whether they’re homeless or they're someone who just wants a part time job," Dyer says. "I actually spend a lot of time discouraging people."

If you're interested in patronizing Dyer's cabs, she says you can call Green Cab and ask for "one of Wynde's cabs" (her name is pronounced "Wendy"). You might not get one, though. Dyer says her drivers are typically tied up doing medical runs during the day.

Comments 16
Tags: News Transportation $$$ Homeless Blogs
If you enjoy articles like this, please help the Mercury continue our mission of providing up-to-the-minute information, progressive journalism, and fun things to do in Portland by making a small recurring monthly contribution. Never forget: Your help is essential and very much appreciated!
CONTRIBUTE NOW