A Judge Has Ruled Multnomah County's New Campaign Finance Rules Unconstitutional. That Was Sort of the Plan. 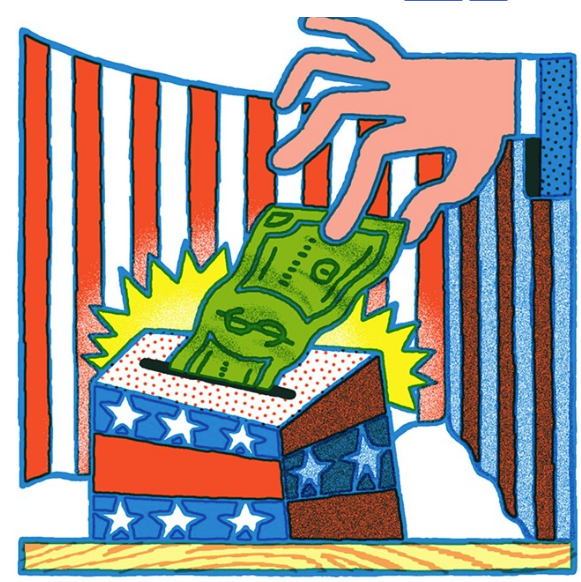 In an 11-page ruling [PDF] Multnomah County Circuit Judge Eric Bloch ruled that provisions limiting how much could be donated to candidates for county office, how much could be spent independently to help county candidates, and strict new disclosure rules all violated the Oregon Constitution's protections on free speech.

"Political contributions which are the subject of the Petitioner's charter and ordinance are a form of highly-valued expression that falls squarely within, and are not historically excepted from, the protections of Article I, Section 8 of the Oregon Constitution," Bloch's decision says at one point.

The ruling swats aside a charter amendment that came before voters in 2016: the “Honest Elections Multnomah County Charter Amendment."

The bill—approved with 89 percent of the vote—slapped tight limits on the contributions candidates for elected office in Multnomah County government could accept.

Under the rules, individuals and political committees could give only up to $500 to a candidate for county office (county commissioner, county chair, auditor, sheriff, and district attorney), and the measure capped how much money could be spent to advocate independently for a candidate.

The measure also required independent committees that run political ads on behalf of candidates to prominently disclose their top five donors (if their donations exceed $500).

Today's ruling comes after county officials proactively submitted the law for judicial review last August—and in some ways, Bloch's decision was part of the plan.

Elections activists who'd pushed the finance reforms made no secret of their goal to see the law challenged all the way up to the Oregon Supreme Court. In proponents' minds, the law was a vehicle to change a broad 1997 Supreme Court ruling that has made regulating campaign contributions largely impossible in Oregon.

Still, Dan Meek, who represented a number of Multnomah County citizens in defending the regulations in court, called the ruling "bad news."

"The circuit judge could certainly have ruled in our favor," Meek tells the Mercury. "Then it would have been up to the opponents to appeal this." Instead, he says, his clients will appeal Bloch's decision. He expects Multnomah County's attorneys to follow suit.

The Portland Business Alliance, Associated Oregon Industries, and the Portland Metropolitan Association of Realtors all fought the campaign finance rules in court.

Even though Bloch took his time scrutinizing the regulations, they've had an effect. Since the provisions kicked in in September, every candidate for county office has hewn to the limits set forth in the law—including established politicos like County Chair Deborah Kafoury and Sheriff Mike Reese. It'll be interesting to see whether that continues.

Meek says it should, unless "they want to disregard the will of the voters and take big money."

While the law is fought over at the appeals court level, Portland voters should still plan on hearing about campaign finance. Meek and his clients plan to push virtually the same regulations in Portland. They're working toward putting them up for a vote this November.

Tags: News $$$ Election 2018
If you enjoy articles like this, please help the Mercury continue our mission of providing up-to-the-minute information, progressive journalism, and fun things to do in Portland by making a small recurring monthly contribution. Never forget: Your help is essential and very much appreciated!
CONTRIBUTE NOW