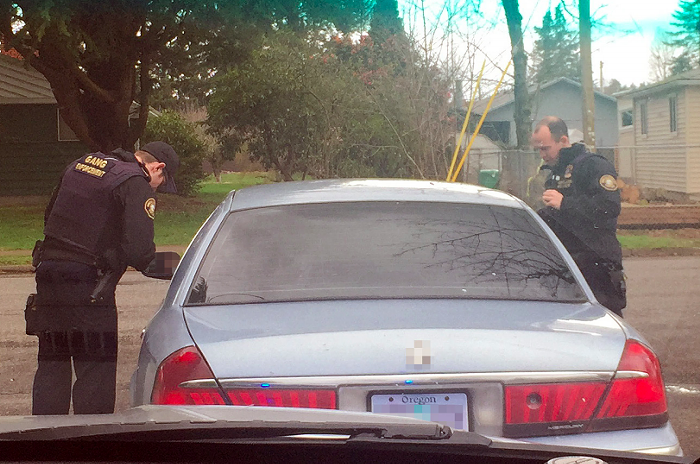 Portland City Auditor
It’s likely that members of Portland’s Gang Enforcement Team (GET) are racially profiling those they pull over for traffic violations, with GET operating under the assumption that the drivers could be involved with a gang. But because the Portland Police Bureau hasn’t kept any reliable data to confirm or deny this assumption, the city auditor’s office can’t make a definitive claim.


Judging by their most recent audit, however, city investigators seem pretty damn sure.

Some background: Portland’s GET officers are unlike regular patrol officers in that they rarely respond to calls and instead focus on sniffing out gang-related activity through a variety of tools. One of those techniques is pulling over people suspected of gang involvement for minor traffic violations, like changing lanes without using a signal or making an illegal turn. The alleged petty crime becomes an officer’s excuse to search that person’s car for illegal weapons or drugs. While an imperfect system, this strategy is a lot more efficient than tracking down a search warrant to enter a suspected gang member’s house.

There’s no way to know if the African American drivers GET officers stopped were associated with gangs, because the officers aren’t required to report the results of a traffic stop. Did officers find a weapon used in a gang shootout from the driver’s glove box, or did they simply frighten an African American tourist putzing around North Portland? Who knows!

What we do know is that in 2016, only 2 percent of all GET traffic stops ended with an officer finding a weapon in that person's car.

To put it simply, when tracking down suspected gang members, officers are far less eager to indicate the color of a suspect’s skin—making it easier to sidestep allegations of racial profiling.

In the investigative process, city audit staff spoke with a variety of community members to get a better idea of how the African American community regards GET officers. Minh Dan Vuong, a senior management auditor with the city’s office, told the Mercury that staff surveyed neighborhood groups and advocates involved in police accountability work to get a well-rounded perspective on how the African American community sees the GET.

“Community member said that the team was giving some people increased police attention, especially you African American men and people driving certain types of cars,” reads the audit. “One community member summed it up: 'Black folks do not want to be stopped by the police.'”

While the scant data collected by PPB showed that their gang team primarily targets Portland's small African American population, the bureau didn't collect enough information to prove if this was the result of racial profiling. Which, to an outsider, could look somewhat intentional.

The office's recommendation to the PPB is an obvious one: Start collecting more data.

In a short response to the auditor's report, Police Chief Danielle Outlaw writes that she agrees with the office's findings and is "willing to... pursue enhancements that benefit the Bureau's efforts in ensuring public safety."

According to Mayor Ted Wheeler, who oversees the PPB, the bureau will conduct its own review of how the GET collects and reviews traffic stop data by June 29, and then make needed changes. We'll be following.