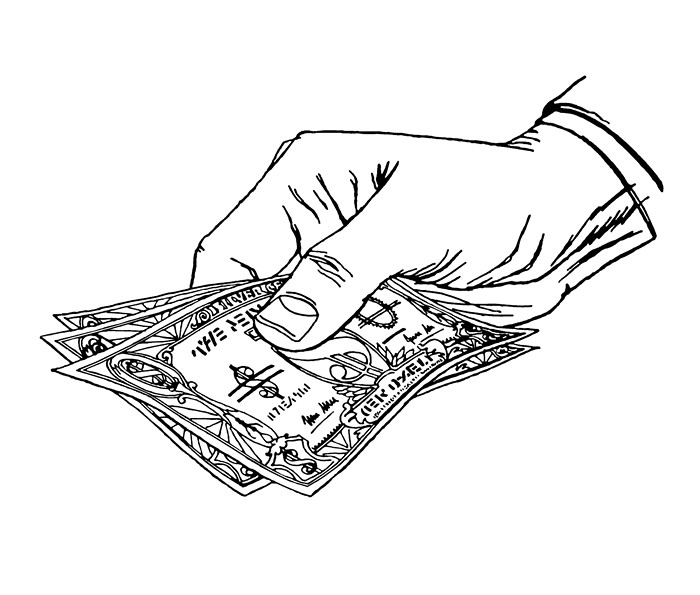 CSA Images / Getty Images
More than one hundred impassioned Portlanders squeezed into IRCO's small auditorium last night in hopes of having their concerns about the city's proposed budget heard by city commissioners. The city certainly wasn't prepared for such a large crowd for its only budget townhall-style meeting of the year—staff ended up locking some 50 people out of the building due to capacity issues.

“The fact they’re keeping people out who want to speak, it shows the city is not interested in feedback,” said Lauren Tyers, who attended the meeting with her two young children. “They’re just going through the motions.”

For many, this meeting felt like the only chance they had to raise issues with proposed budget cuts before Portland City Council votes on a final budget on May 22.

While community centers and parks are regularly on the city budget chopping block, this year's cuts to Portland Parks and Recreation are particularly painful. With a $6.3 million budget gap, caused by diminishing revenue sources, PPR has proposed to shutter Sellwood and Hillside community centers and North Portland's Columbia Pool, and greatly limit the hours and programming of the city's other community centers. PPR has also proposed to cut 70 full-time and part-time positions within the department.

The majority of public comment centered on these sweeping changes. Some wore swim caps to protest the slated pool closure, while others wore green to oppose the general reduction in park maintenance and programming. Other attendees came to ask commissioners to reroute police dollars toward more community-centric programs, and cut police programs that disproportionally target people of color.

Despite the variety of concerns that inspired Portlanders to show up Tuesday evening, attendees all shared the same complaint: They're tired of Portland's combative budget process.

"Every year, these meetings pit people in our community against each other," said Emily Golden-Fields, co-chair of Portland's Democratic Socialists of America (DSA) chapter and one of the people selected by a lottery to give public comment Tuesday night. "Here we are again, dancing to the same tune. I ask you in attendance, are you tired of having to beg?”

The audience cheered in response. Golden-Fields followed another speaker, Julie Currin, who asked commissioners to keep the Sellwood Community Center open, as it's one of the few affordable, accessible preschool and after-school care providers in the city. In her remarks, Currin noted that when she emailed a commissioner this request, she was told, "If you want to save your program, tell us what programs you want to cut."

"Which is a very frustrating response," Currin said. "I don't think we want a city where one neighborhood stands on the heads of others to put my kids on a life raft."

Other critiqued the city's stated commitment to equity, saying that the proposed job cuts, community center closures, and other program eliminations would add to the city's growing inequity issues.

"Please consider this decision through an equity lens," said a North Portland resident, who didn't give her name. She noted that in the 1980s, the pool offered a sanctuary for kids at risk of being caught up in gang violence and offered free lunches to low-income families, like her own. "Columbia Pool isn't just a building to me and my neighborhood," she said. "It's an opportunity for us to improve the lives of ourselves and our children."

Several city staff employed at community centers and PPR programs slated for cuts asked commissioners to reconsider, touting the economic and community benefits of their work.

The meeting also featured speakers with local activist group Care Not Cops, who shared a report highlighting the impact Portland policing has had on local non-profits and homeless advocacy groups. Care Not Cops calls for a freeze on police hiring and cuts to the PPB's proposed $239,443,249 budget.

According to Teressa Raiford, founder of Don't Shoot PDX, that money should instead go to support communities that have systemically and historically been negatively impacted by police work

"If we continue to use the priority of public safety against our families instead of using that priority to build up communities, we'll continue to get exactly who we elect," Raiford said, gesturing toward the commissioners. "These people using us as pawns in a game of capitalism, patriarchy, and systemic discrimination."

Homeless advocates, including Street Roots Director Kaia Sand, highlighted the need for more city resources for programs that support the homeless, like the proposed mental health and nurse triage program baked into the Bureau of Emergency Communication (BOEC) budget.

The city will host a number of smaller meetings about the 2019-20 budget between now and May 1, when Mayor Ted Wheeler will release his proposed budget. Community members will also have a chance to comment on Wheeler's budget before a final council vote. Find out more about those opportunities here.