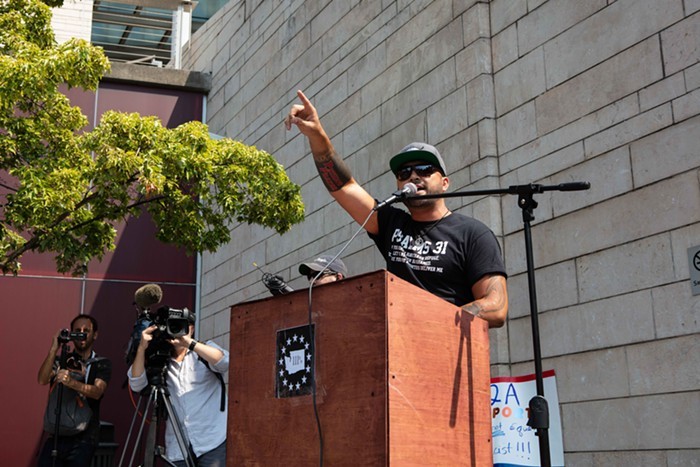 Gibson at a Seattle protest in 2018. Lester Black
Joey Gibson, the leader of alt-right protest group Patriot Prayer, has been charged with a felony for his involvement in a violent street brawl that took place on May 1 in front of Northeast Portland's Cider Riot.

Gibson has been charged with a felony for inciting a riot, according to an an afternoon interview with Gibson on Lars Larson's conservative talk radio show. Gibson told Larson he plans on turning himself in to the Multnomah County Sheriff's Office today. According to the county's inmate roster, Gibson has yet to turn himself in.

This string of arrests comes days before a major Portland demonstration by alt-right protesters. PPB predict the August 17 rally, orchestrated by the national far-right extremist group Proud Boys, to devolve into violence akin to the May Day clash.