The Campaign to Recall Mayor Ted Wheeler is Officially Over Blair Stenvick
Four months after its celebratory kick-off, the campaign to recall Mayor Ted Wheeler has come to an unceremonious end.

On November 3, a federal judge dismissed the lawsuit filed by the recall campaign (cleverly dubbed Total Recall), as requested by the campaign's legal team. The lawsuit was the final attempt made by Total Recall to trigger a recall election, after campaign organizers failed to collect the needed number of signatures in support by the city elections office's deadline. In fact, they had gathered less than half of the required 47,788 signatures. After failing to meet the October 6 signature gathering deadline, Total Recall argued that their group was owed an extension, due to the impact COVID-19 and high temperatures had on their ability to collect signatures.

When the city did not approve an extension, the campaign sued, arguing that the city's elections office had violated their group's civil rights. City attorneys rebuffed this claim in legal filings, explaining that the city's heatwave and COVID-related restrictions on social gatherings had passed before Total Recall organizers began gathering signatures in July. Judge Michael Mossman appeared to agree.

According to Total Recall lawyer Juan Chavez, Mossman said that he didn't see how these concerns demonstrated that the city had inflicted "irreparable harm" on the campaign—or the public. Instead of waiting for Mossman to dismiss the case himself, Total Recall's legal team submitted a request for dismissal last week.

"The plaintiffs understood where the judge stood," Chavez said. "Instead of putting in hours of work to continue to fight this case, the plaintiffs would rather focus other campaigns."

While Total Recall maintains that Wheeler should not be in office, the group of organizers are not planning on giving the campaign another shot.

"After careful consideration, we have decided that refiling would not be in the best interest of community resources and time," reads a statement from Total Recall emailed to the Mercury. "Rather than continue to pursue this effort, we are looking ahead to invest our remaining resources in other areas focused on bringing about positive social change in our communities."

Total Recall's political action committee collected more than $147,000 donations during is 4-month campaign. According to the PAC's online filings, it currently has just under $15,000 in cash remaining in its campaign coffers.

Chavez and the Total Recall team both urge the Oregon Legislature to overhaul state election protocol to allow ballot measure petitioners to collect electronic signatures as well as handwritten ones. The campaign said that the inability to collect e-signatures hurt its chances at meeting signature deadlines.

Total Recall thanked its contributors in the campaign's final statement.

"We showed that in this city, when harm is being done by those who are in positions of power, there will be an effort to hold them accountable and take care of each other," the group wrote. 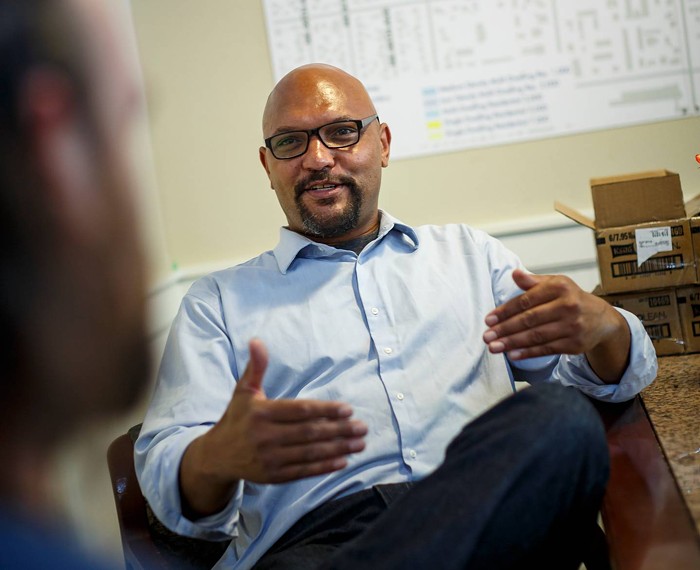