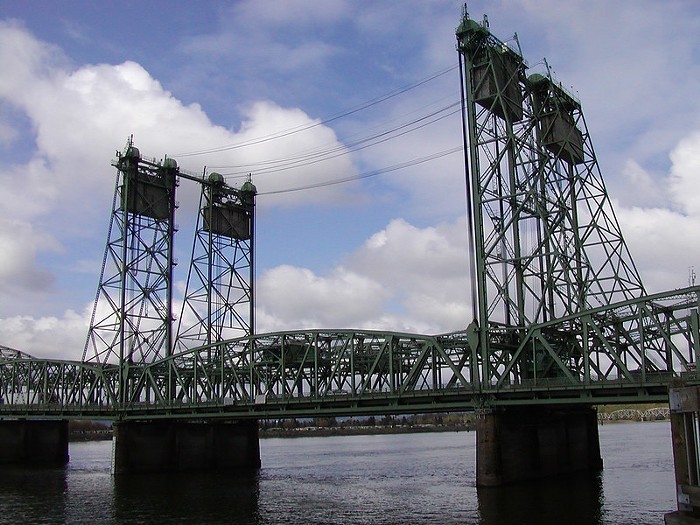 Unlike the last go-round, Washington State is agreeing to pay their fair share of a revamped I-5 bridge. OREGON DEPARTMENT OF TRANSPORTATION

Good morning, Portland! A chilly morning turns into another glorious, sunny day with a high of 54. Spend your afternoon wisely, and LET'S DO SOME NEWS.

• Your state legislators were very busy bees this past week, passing a truckload of new (mostly good) bills during their short session. Check out all the new stuff you're getting from the state with this great explainer from Alex Zielinski and Isabella Garcia.

• Some Black community organizers in Portland are calling on the city to declare a state of emergency over gun violence and invest $10 million in community groups to help address the violence. Black men have been disproportionately impacted by Portland’s recent rise in violence.

• An audit of Portland's Clean Energy Fund—focusing on environmental justice—has discovered that the program generated more money than expected, BUT! It's still missing key elements of the plan that voters wanted, for example, the city's climate change goals and lack of oversight.

• Washington legislators are prepared to allocate $1 billion towards the planned replacement of the I-5 bridge connecting Portland and Vancouver. The money, if fully approved by the legislature and Governor Jay Inslee, could be a major milestone in the joint transportation project. The previous bi-state effort to replace the bridge failed in 2013 when the Washington Senate refused to pass a funding package to pay for their half.

The minds behind the new NORR Kitchen wanted to create a restaurant that "feels like an escape from the city, and unlike anything else in it." Find out how they did it with this profile/review from @janey_san.https://t.co/BwTtBGWTG7

• Blues Fest is back, baby! The waterfront festival, which was suspended and/or limited the past two years due to COVID concerns, announced its full line up Wednesday. The four-day festival will feature over 100 performances and will culminate in a Fourth of July fireworks display. Wary of what the pandemic will look like this summer, organizers said specific COVID precautions will be announced one month before the event.

• The talks between Russia and Ukraine have ground to a halt as Putin's advance into the country has slowed, but violence—such as yesterday's bombing of a maternity ward—persists. Meanwhile, the assets of Russian oligarchs are being seized, and the internet is having a great time watching the billionaires' yachts being taken away from them.


• The US House passed a $1.5 trillion spending bill Wednesday night that includes $13.6 billion in aid to Ukraine and its European allies. About half of the aid will cover the cost of sending US troops and weapons to Eastern Europe while the other half will be invested in economic aid to allies and refugees.

Major League Baseball says Opening Day has been pushed back until at least April 14 because it has not reached a deal with players. https://t.co/MlHBADyrUR

• The Transportation Safety Administration (TSA) plans to extend their mask mandate for travelers until April 18, a month later than regularly scheduled. (In any case that means crybaby passengers only have a short time left to make complete jackasses out of themselves on flights.)

• Actor Jussie Smollett is heading back to court today to learn how much jail time (if any) he'll receive after being convicted of lying to police about an alleged racist, homophobic attack against him.

• Not the story we wanted to read today:

Bank of America has apologized to the "Black Panther" director Ryan Coogler after assuming he was trying to rob a branch in Atlanta. He was briefly handcuffed by the police while trying to withdraw money in January. https://t.co/cqVPJ6O2fq

• Scientists have determined that a 19-mile crater in Greenland was created 58 million years ago when a meteorite slammed into the Earth. While this may not be ground-breaking earth-shattering life-changing information, it’s pretty cool in my humble opinion. SCIENCE!

• Holy guacamole, there is SO MUCH great stuff in our annual SPRING ARTS GUIDE, whether you're a fan of film, visual art, reading, or... if you're like me... drag queens! Miss it at your intellectual peril!

This is Muffin. She didn’t want to alarm you but she is in fact floating away. Really appreciates the assistance. 14/10 pic.twitter.com/VTtFeS9LHz