Pro-choice protesters wave signs along SW Naito Friday. Alex Zielinski
Thousands of Portlanders gathered downtown Friday evening to protest the morning decision by the US Supreme Court to overturn the constitutional right to an abortion. Hoisting homemade signs reading "Abortion is Health Care" and "Fuck You SCOTUS," the crowd gathered to hear speeches and rallying cries from reproductive rights advocates and leaders.

"We are at the beginning of multigenerational fight," shouted An Do, director of Planned Parenthood Advocates of Oregon (PPAO), into a microphone at the rally's start. "Movements are about faith—faith in a world that doesn't exist but could be possible." 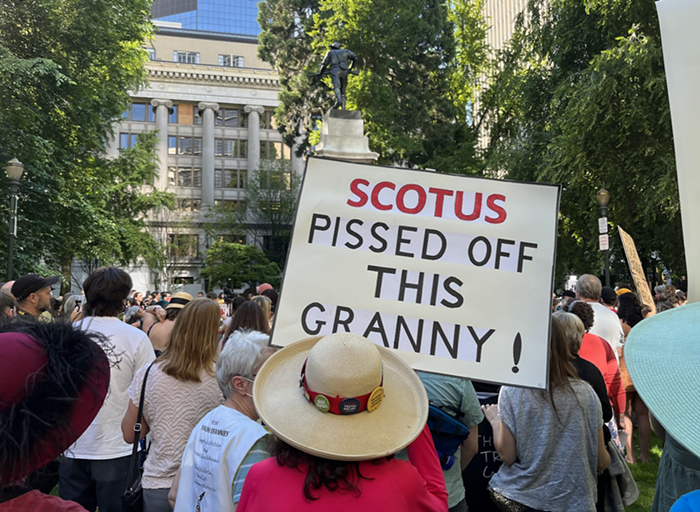 Protesters at the Lownsdale Square rally. Alex Zielinski
The event was organized by PPAO and Pro-Choice Oregon, and eventually melded with another pro-choice rally at Lownsdale Square organized by the Portland Democratic Socialists of America (DSA) chapter. Most speakers centered their speeches on the idea that sustained grassroots activism is the key to cementing abortion rights across the country.

"What we need is an enduring movement," said one speaker named Spencer, a DSA member. "And the foundation to that movement stands all around you." 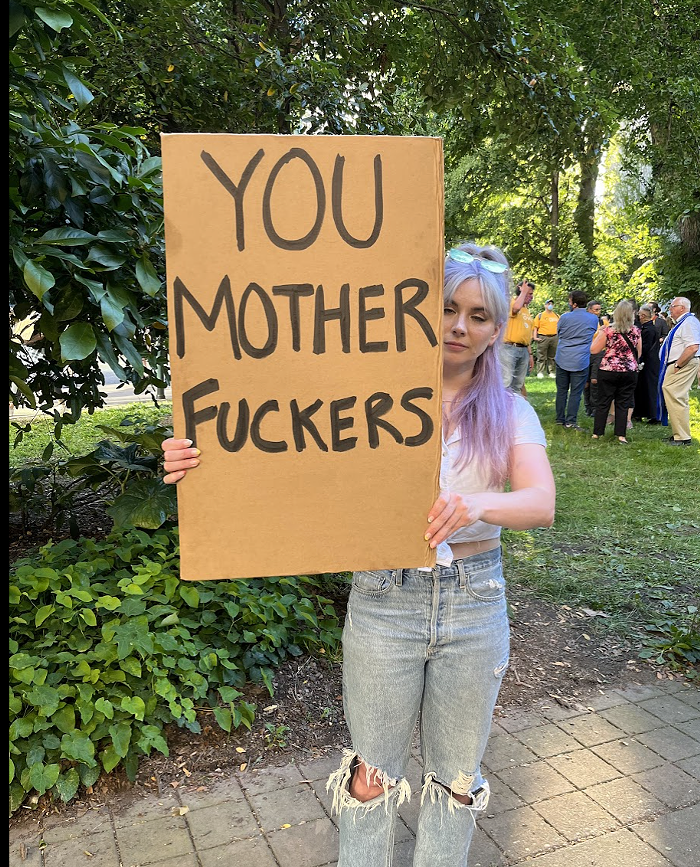 Alex Zielinski
Several older activists spoke on the momentum that led to the 1973 passage of Roe v. Wade, remarking on the "horror" of DIY abortions. Cordella Hopson, a Black activist with the Albina Ministerial Alliance, recalled growing up in a household with eight other siblings.

"My mother didn't have access to birth control, she didn't access to abortion," said Hopson. "She spent all her time raising children. If a Black women didn't, they'd be called 'lazy.' Birth control and abortion gave us the right to decide if we could work, go to school, or raise a family."

Hopson called on the crowd to continue showing up to protest, reminding them that it's worked in the past.

"We will turn this ship around," she said.

"We need the legislature to continue to pool resources for people traveling to Oregon," said Hardesty, referencing the $15 million the state legislature set aside for abortion funds in March. "And I plan on talking to our congressional delegation about pushing this through Congress right now. Because they have the power to do it." 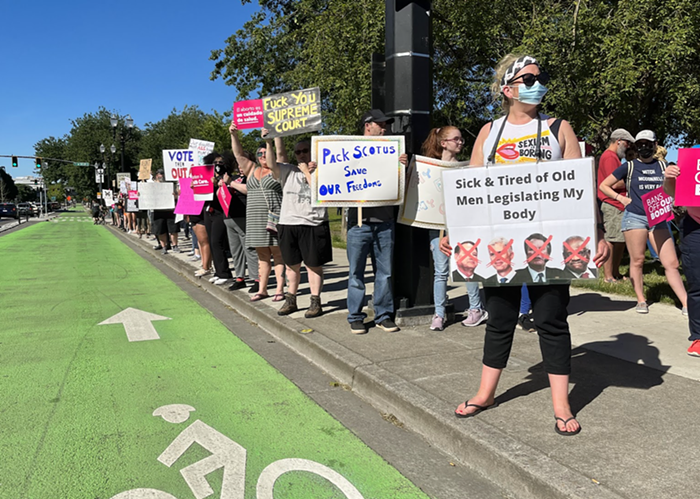 Alex Zielinski
After joining with the DSA event, the rally eventually devolved into a march, winding through downtown streets and—briefly—over the Hawthorne Bridge. Several march participants dressed in all black (known colloquially as "black bloc") used the opportunity to smash the storefront windows of several businesses in Pioneer Place mall and spray paint government buildings.

This small faction of the march centered their chants on anti-police rhetoric, instead of the reproductive justice message coming from the original ralliers. The march dwindled by sunset. 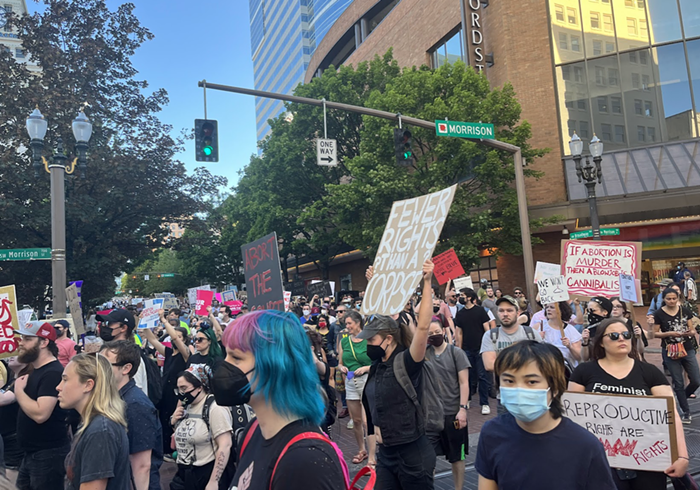