The agency will prioritize maintaining full frequent service on the route. 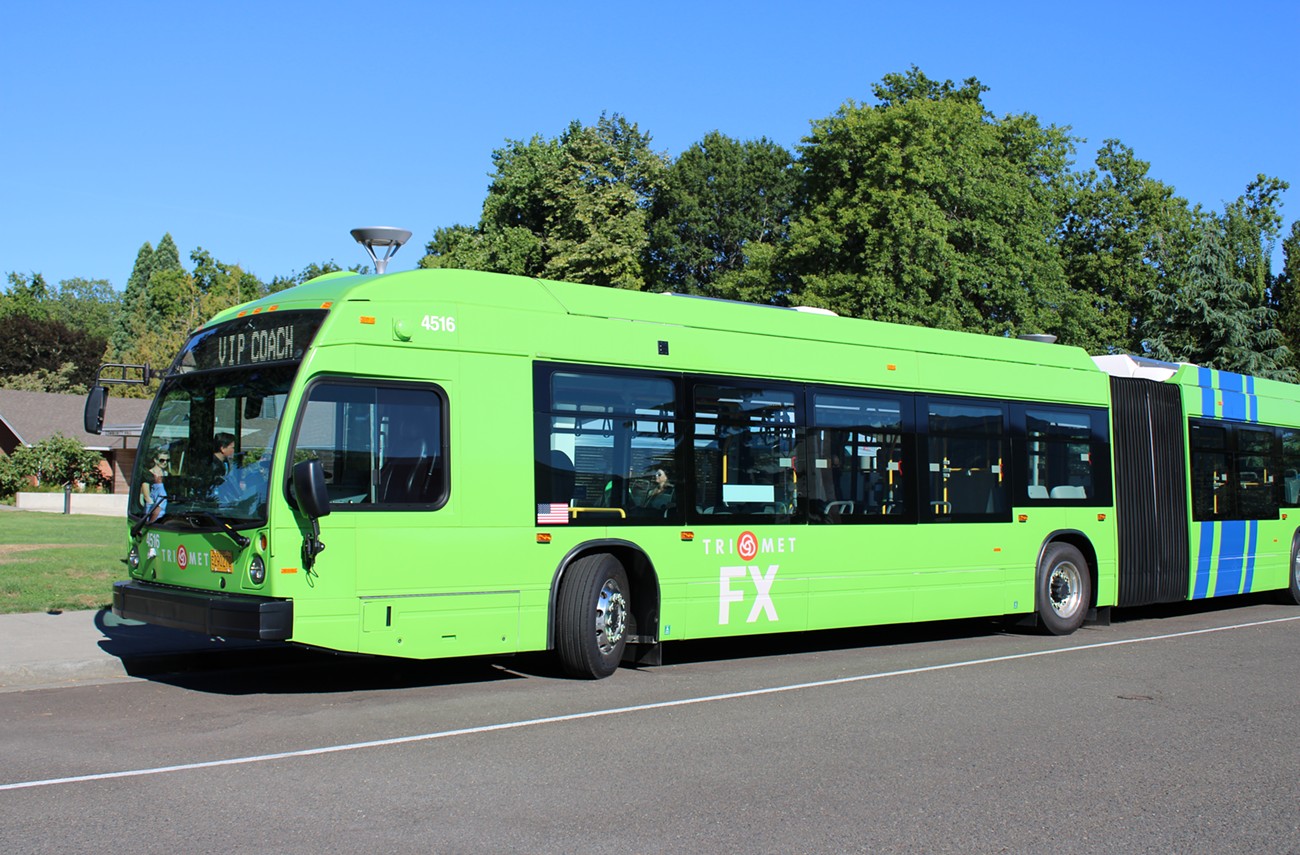 After six years of conception, planning, design, and construction, Portland is set to see 60-foot-long, bright green TriMet buses driving up and down SE Division Street in less than a month. The buses are part of TriMet’s new Frequent Express (FX) service—high capacity buses that run every 12 minutes. While the project is the first of its kind for the agency, TriMet leaders are hoping that FX service on Division Street’s line 2—dubbed FX2-Division—will set a new standard for future transit projects.

“This is the first major bus infrastructure project TriMet has taken on,” FX project manager Michael Kiser said. “It gives us another tool in the region to make transit competitive to vehicles.”

The FX line’s rollout comes during a period of unreliable service for the region’s top public transit provider. The new line opens to the public on September 18—the same day TriMet will cancel or reduce 10 bus lines on top of its existing pandemic cuts amid a historic driver shortage which has led to spontaneous bus delays and cancellations since 2020. TriMet plans to safeguard the new FX line from the impacts of these shortages by prioritizing staffing the route when it opens next month, according to TriMet spokesperson Tyler Graf. TriMet is also prioritizing maintaining several  bus lines that connect to FX2-Division in East Portland.

The FX project was developed in tandem with the city of Portland’s Outer Division Safety Project, which focused on increasing pedestrian and bicycle safety along the corridor. Between the outer Division and FX projects, the street now has 4.5 miles of protected bike lanes, 11 new marked crosswalks, and 84 bus station platforms.

According to Kiser, the efficiency and frequency of the FX bus service can be attributed to a three-door boarding system, consolidated bus stops, and transit signal priority. When the 60-foot-long FX bus pulls up to a bus stop, riders can board using all three doors. Each door has a Hop Pass card reader, but riders paying their fare in cash or needing a ramp will still have to board using the front door. TriMet anticipates that by using this boarding system, each bus stop should take about 20 seconds.

Kiser also noted that the agency has consolidated some redundant bus stops in an effort to make stops along FX2-Division an average of 1/3 of a mile apart. While riders may have to walk a bit farther to a stop or their destination, having spaced out stops allows the bus to get up to speed between stops and generally decreases the amount of time a rider spends on the bus overall. The stop locations are based on user data, like where the ramp and bike racks are most frequently deployed along the route. TriMet planners also looked at route demand, key destination points—like the Portland Community College Southeast campus on 82nd Avenue or shopping centers—common bus line connection points, and also the general accessibility and safety of a bus stop location.

Division Street has also been fitted with new traffic signals that prioritize public transit by detecting the buses, which influences the traffic signal timing. According to Kiser, the transit priority signals are equipped with machine learning capabilities and will continue to improve the signal timing as the FX service continues.

Kiser sees the FX model as a “catalyst for further change” in the way Portlanders move around  the city and for future transit projects, particularly on the upcoming 82nd Avenue Improvement Project which is slated to include a high-capacity bus route. Kiser envisions the FX2-Division route as the 1.0 version of the FX model, with opportunities to improve as the service starts serving riders.

“You’re never going to get everything right on a project of this size,” Kiser said.