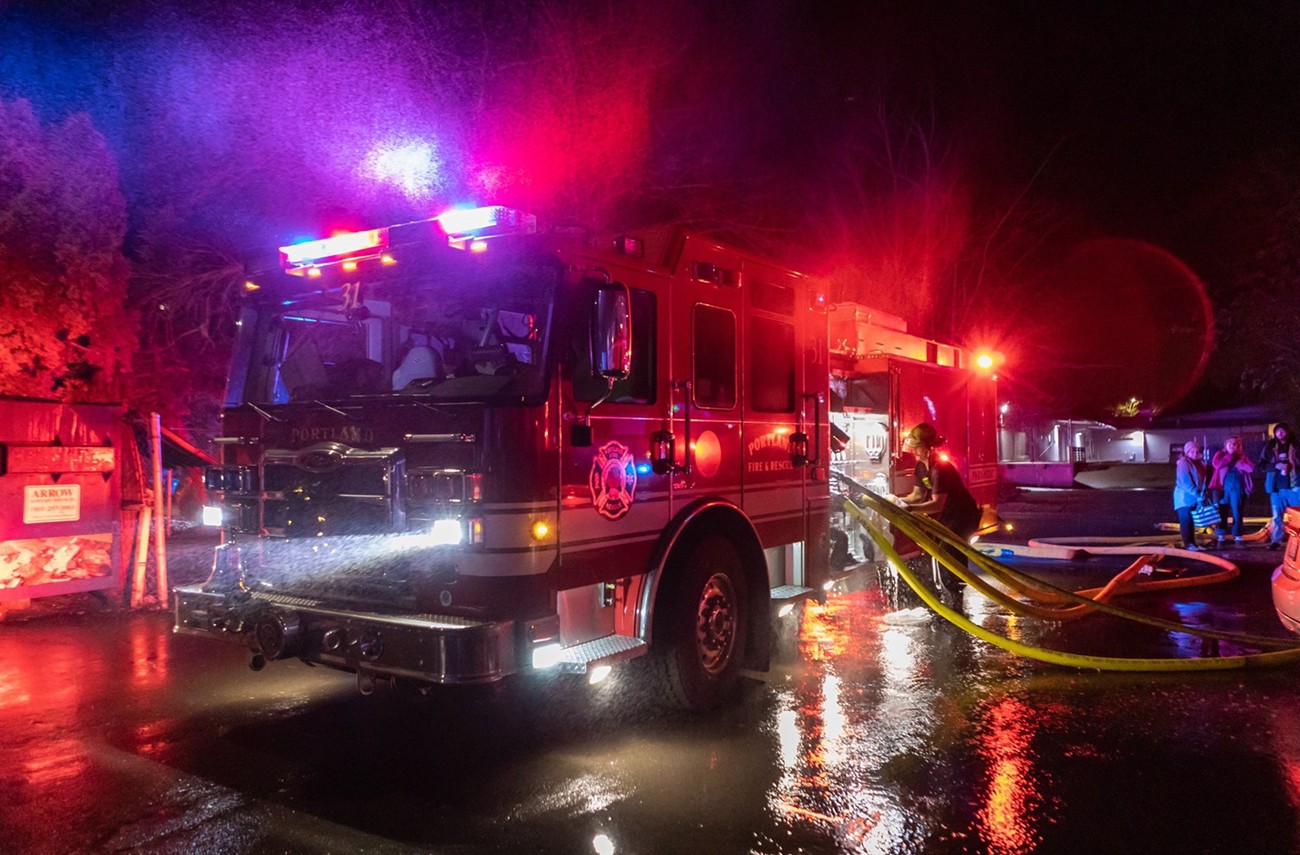 Portland Fire & Rescue's (PFR) response times to fires and medical emergencies are lagging behind national standards, placing Portlanders' lives at risk daily, according to an analysis of the department presented to City Council Tuesday morning.

Without a permanent increase in staff, the construction of new fire stations, and organizational restructuring, analysts say the city could be in grave danger.

"You’re on the high side of the national average, you’re not yet at a crisis point, you have time to catch it," said Stewart Gary, a former fire chief and consultant with Citygate Associates, a firm hired by Portland to review the fire bureau. "Over several years you have time to mitigate and manage so we don’t end up so far behind."

Gary explained that in general, fire staff have about 8 minutes to be on the scene of both a medical emergency or a fire to make a difference. Brain death occurs when a person is without oxygen for more than 8 minutes, Gary said, and a house fire usually has expanded to a critical point by the 8-minute mark. That leaves fire teams with a small window of time between receiving a call and arriving on the scene.

According to Gary, national best practice advises fire staff to arrive on a scene within 7 minutes and 30 seconds after a 911 call is placed to adequately address the emergency. Portland has consistently missed that mark for years. PFR data shows that, on average, staff in 2020 arrived just under 10 minutes after a call was placed. That time hasn't dropped past 9 minutes since before 2016, the data reflects.

According to Fire Chief Sara Boone, PFR doesn't have updated standards when it comes to response times, and instead have been relying on "outdated" time frame goals.

"What you guys have today is a system that is not meeting the community standards in service delivery," Boone told commissioners Tuesday.

Gary attributed PFR's response delays to a variety of problems, including traffic congestion, too much space between fire stations, understaffed stations, and 911 operators taking too long to ask a caller critical questions. That last concern has been well documented by staff in the city's Bureau of Emergency Communications (BOEC), who blamed their department's new 911 call taking technology for slowing response times in a May interview with OPB.

The report ultimately recommended the city add a new station in Northeast Portland's Cully Neighborhood, which lacks a fire station close enough to respond to calls in a quick enough time, find permanent funding to increase supervisory full-time staff by 35, and hire more paramedics to respond to less extreme (or "low acuity") medical calls that are currently being addressed by firefighters who might be needed on actual fire calls.

"Almost all units are moderately to severely understaffed," said Gary. "And the department has outgrown its organizational structure."

Gary noted that the current predicament is likely rooted in city budget cuts to PFR that took place during the Great Recession that have never been restored.  However,  PFR has been required to make more than $13 million in cuts to its annual budget since 2016, according to the city's budget office.

In the last budget cycle, PFR was given a $147 million budget. Comparatively, the Portland Police Bureau (PPB) received a $227 million budget in the same budget year.

"We are 20 years behind and cannot meet demands structurally, and we’re still taking on additional programs," Boone told council Tuesday, referring to programs like Portland Street Response and Community Health Assess and Treat. "You are going to need to hire more people if you want the same level of service."

Boone did mention that hiring new staff could be a problem on it's own, as few people are applying to work for PFR.

PFR is making up for those staffing shortages with mandatory overtime, with some staff being at work for over 24 hours.

"It's overwhelming to think about the amount of staffing necessary to have the world class fire and rescue system that we want," said Hardesty. "[It] means that there are a lot of investments that need to be made."

Mayor Ted Wheeler hinted that these investments will be a key piece of the city's next budget cycle.

"The problem is the solution will require ongoing funding... so, we’re not going to get bailed out by one-time funding," he said. "This council will have to question retooling city government to focus on first responder activities. That will be a controversial topic, but I think it's one we have to have."

The controversy would likely come from Wheeler's dual interest in expanding the Portland Police Bureau (PPB) budget. These budget adjustments would require the council make cuts to other city programs with long-term funding.

PFB had planned to address some of the funding gaps in May 2022 by putting a bond measure to fix two run-down stations on the ballot. Yet polling done for the bureau on how the measure would fare with voters kept the city from moving forward with the measure.