Drawn out negotiations with the police union and staffing woes have kept PSR staff from responding to some of the most basic crises. 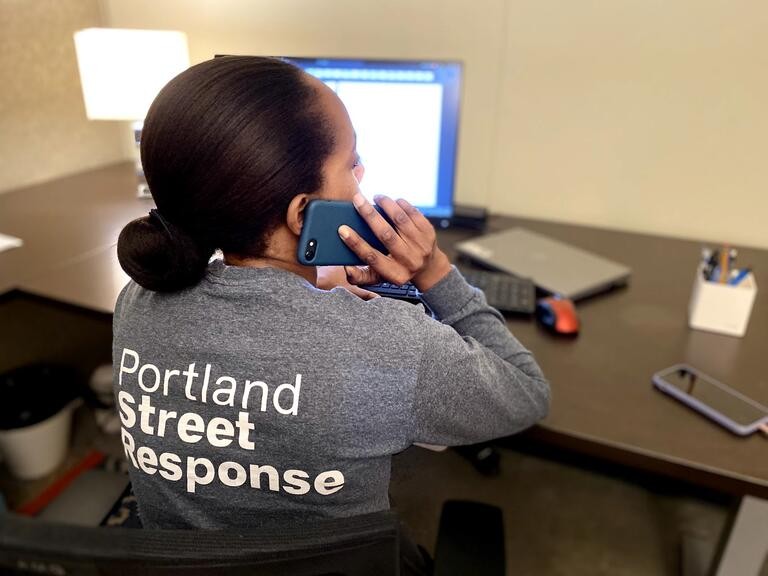 Six months after expanding citywide, Portland Street Response (PSR) staff are still limited from responding to some of the most basic crises.

In April, a report on PSR—the city's unarmed response team focused on non-violent mental health crises and other behavioral issues—explained that the city must negotiate with law enforcement unions before allowing PSR staff to respond to certain 911 calls. Those calls include anything involving a suicide threat, involving someone who is inside a building, involving a weapon, and involving a person who is obstructing traffic.

"While it is expected that police would respond to calls involving weapons and imminent threats of violence, other restrictions constrain PSR from having an impact where their skills are potentially needed most," read the report, conducted by Portland State University's Homelessness Research & Action Collaborative.

In April, PSR announced they'd be meeting with the city's human resources office along with representatives from the Portland Police Association (PPA)—the union representing rank-and-file Portland police—to resolve this problem and present City Council with an update no later than June 30.

PSR and PPA are more than two months overdue on that council presentation.

As of September, these conversations have not resolved, meaning PSR staff are still blocked from addressing a number of emergencies.

PSR staff say they are still actively meeting with PPA to hash out the details. The team attributes the missed council deadline to a number of things, primarily their new department's quick expansion.

"Since PSR expanded citywide, we have been inundated with calls that our small staff can’t fully respond to at the moment, so the concept of expanding our call types when we are not able to respond to all the calls we’re currently receiving with the initial criteria seems premature," said Caryn Brooks, a spokesperson for PSR.

Brooks added that PSR's focus right now is on hiring additional staff with the goal of expanding PSR's working hours to 24/7 by the end of 2022.

"It takes time to recruit, hire, train, and on-board new staff and it's all hands-on-deck," Brooks said.

Since kicking off citywide in March, PSR has seen a surge in demand, jumping from just over 100 calls in February to more than 800 in April. PSR teams currently operate from 8 am to 10 pm every day of the week, with demand spiking in the middle of the day.

The PPA did not respond to a request from the Mercury to comment on the discussions it's had with the city regarding PSR's ability to respond to certain emergencies. In the past, PPA has expressed hesitancy to embrace the work of PSR, often characterizing the program as a threat to police officers' job security. In February, the city and the PPA released a labor agreement which specified that the city can't cut police jobs due to PSR.

At the time, PPA President Aaron Schmautz said the reason the union was concerned about PSR responding to certain types of calls—like suicide and ones indoors—was due to safety of the PSR staff.

“We were concerned for the safety of the responders and also wanted to ensure that they had all the resources that they needed,” Schmautz told Courthouse News.

Since passing the June deadline, it's no longer clear when PSR and PPA representatives plan on concluding their talks and presenting a resolution to City Council.

"When this is all buttoned up," said Brooks, referring to PSR's current hiring and expansion work, "we will release information about new call types and dates of implementation."