Advocates want greater diversity on the commission and a public nomination process. The Oregon Senate confirmed Senator Lee Beyer's nomination to the Oregon Transportation Commission Friday. Beyer will begin serving on the commission in 2023.

“Oregon needs leaders who are visionary, climate-smart, and capable of and committed to taking our state’s transportation system in a new direction,” a letter to Brown signed by 33 transportation and environmental advocacy groups throughout the state reads. “We ask you to reconsider your current Oregon Transportation Commission (OTC) appointment process and nominee.”

The OTC is a five-member commission responsible for directing the Oregon Department of Transportation’s (ODOT) priorities and funding decisions. Recently, the OTC was responsible for determining how Oregon’s $412 million in transportation funding from the federal Infrastructure Investment and Jobs Act should be spent. The commission dedicated the bulk of the money towards highway construction, repaving, and improving safety conditions on state-owned roads, which environmental activists chastised as “business as usual” for not doing enough to reduce greenhouse gas emissions. Members of the OTC are nominated by the governor, making the commission an extraordinarily powerful unelected governing body.

For years transportation advocates have criticized the OTC for acting as a “rubber stamp” for ODOT’s highway projects, which they believe are antithetical to Oregon’s climate goals. About 40 percent of Oregon’s carbon emissions come from its transportation sector, making transportation agencies like ODOT subject to significant scrutiny over whether it is doing enough to combat climate change.

Brown characterizes Beyer as a “leader in transportation, environment, and energy policy conversations.” Environmental and transportation advocates believe he is a career bureaucrat who will maintain the status quo of Oregon’s transportation landscape.

“If that means that I think we need to maintain the transportation system to keep Oregon's economy going—yeah, I guess I am,” Beyer said in an interview with the Mercury.

Beyer spent 20 years as a Democratic legislator representing the Eugene/Springfield area. During his time as an Oregon Senator, he served on several transportation and environment committees and helped shepherd the major 2017 transportation package through the legislature, which increased the gas tax and vehicle registration fee to fund various transportation projects, including public transit investments and adding additional lanes to Interstate 5 through the Portland Rose Quarter. Beyer says the package was “well-balanced” and responsive to local leaders’ input on regional priorities.

“I think what I bring to the commission is an understanding of the transportation system and a willingness to listen and work with communities to meet their transportation needs,” Beyer said. “I don't think I have to get overly defensive about my record of climate change [voting].”

Over 30 transportation and environmental advocacy groups, including Oregon Environmental Council, Street Trust, and Coalition of Communities of Color, are calling on Brown to rescind or pause the nomination because Beyer does not represent advocates' calls for more climate-conscious and diverse leadership on the commission.

A year-long, youth-led campaign calling on ODOT to stop all freeway expansions in the Portland area has demanded Brown appoint a youth representative to the OTC to represent the concerns of young people in Oregon’s transportation decisions. Advocates have also indicated that they want a commissioner who is dependent on public transit, a bicyclist, or someone who uses a mobility device, as opposed to commissioners who predominantly—if not exclusively—use private vehicles.

Beyer is also replacing Commissioner Alando Simpson, a younger Black business owner in the Portland metro area. By replacing Simpson with an older white man—and given the OTC has historically been a majority white commission—opponents argue that Beyer’s nomination decreases representation for all types of Oregonians on the commission.

Beyer said equity is important to him and doesn’t agree with the criticism.

That response is concerning to Danny Cage, a Black organizer with Sunrise Movement PDX, given ODOT’s history of destroying hundreds of Black-owned homes in the Albina neighborhood to construct the Interstate 5 corridor in the 1960s.

“If you look at ODOT historically, we can look to the Albina area and the policies that led to irreversible damage for Black Oregonians,” Cage said. “‘Transportation is just transportation’ is dangerous. ODOT had a role to play in forcibly removing Black homeowners, Black families who don’t have the economic wealth that their houses are worth today.”

Beyer also diverges from Portland’s transportation advocates’ positions in other ways, noting that he believes the OTC’s only role in combating transportation emissions is investing in electric vehicle charging infrastructure. When it comes to other carbon-reducing investments, like investing in pedestrian, bike, and public transit infrastructure, Beyer believes that is the responsibility of regional governments, like cities and counties. Beyer also said Portland advocacy groups’ opposition to additional lanes being added to the I-5 Rose Quarter is “baffling,” and noted he is “not a complete believer” in induced demand, an observed phenomenon that when more space is built for vehicles, more vehicles will fill that space and create more demand. Induced demand is at the heart of local advocacy group’s opposition to ODOT’s freeway widening projects.

Brown is standing behind her nomination.

“In making this appointment to the Oregon Transportation Commission, Governor Brown was looking for a strong leader with experience in transportation, in developing policy in complex issue areas, and with a wide variety of stakeholder engagement—and that’s what she found in Senator Beyer,” said Brown’s spokesperson Elizabeth Merah. “He is committed to Oregon’s transportation policy future that will benefit all.”

Opponents argue the nomination process “fails Oregonians” because Brown is not required to take public input on what values or perspectives residents want OTC members to have.

“It is very frustrating, especially with the OTC being one of the most powerful decision-making bodies in the state,” said Adah Crandall, an organizer with the Portland Youth Climate Strike and Youth vs. ODOT campaign. “[OTC members] are not elected by the people and are continuing to very much follow the status quo that has created the climate crisis and has created a lot of transportation inequity in Oregon.”

Crandall said that youth organizers are partnering with Representative Khanh Pham, who represents part of East Portland, to introduce a bill during the 2023 legislative session that would require reforms of the OTC appointment process.

Beyer’s nomination will be discussed during a public hearing on the nominations on September 21. If approved later this year, Beyer’s term would start in January 2023.

Opponents hope the nomination committee will consider the opposition to Beyer.

“When you see such backlash at a nomination, I think this is a really good opportunity for Lee [Beyer], Kate Brown, and also the people in the Senate confirmation committee to step back and hear this,” Cage said. “Even if they don’t change the nomination, to think on why there has been such pushback for a different investment in a leader on the commission.” 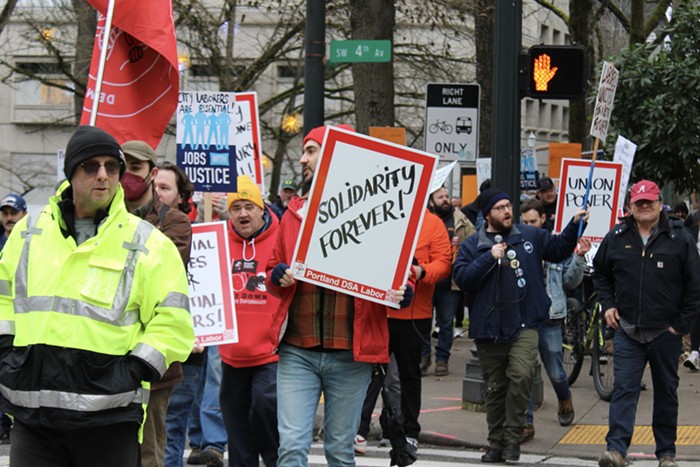