The proposal could lead to the end of Zenith’s ongoing legal battle with the city. 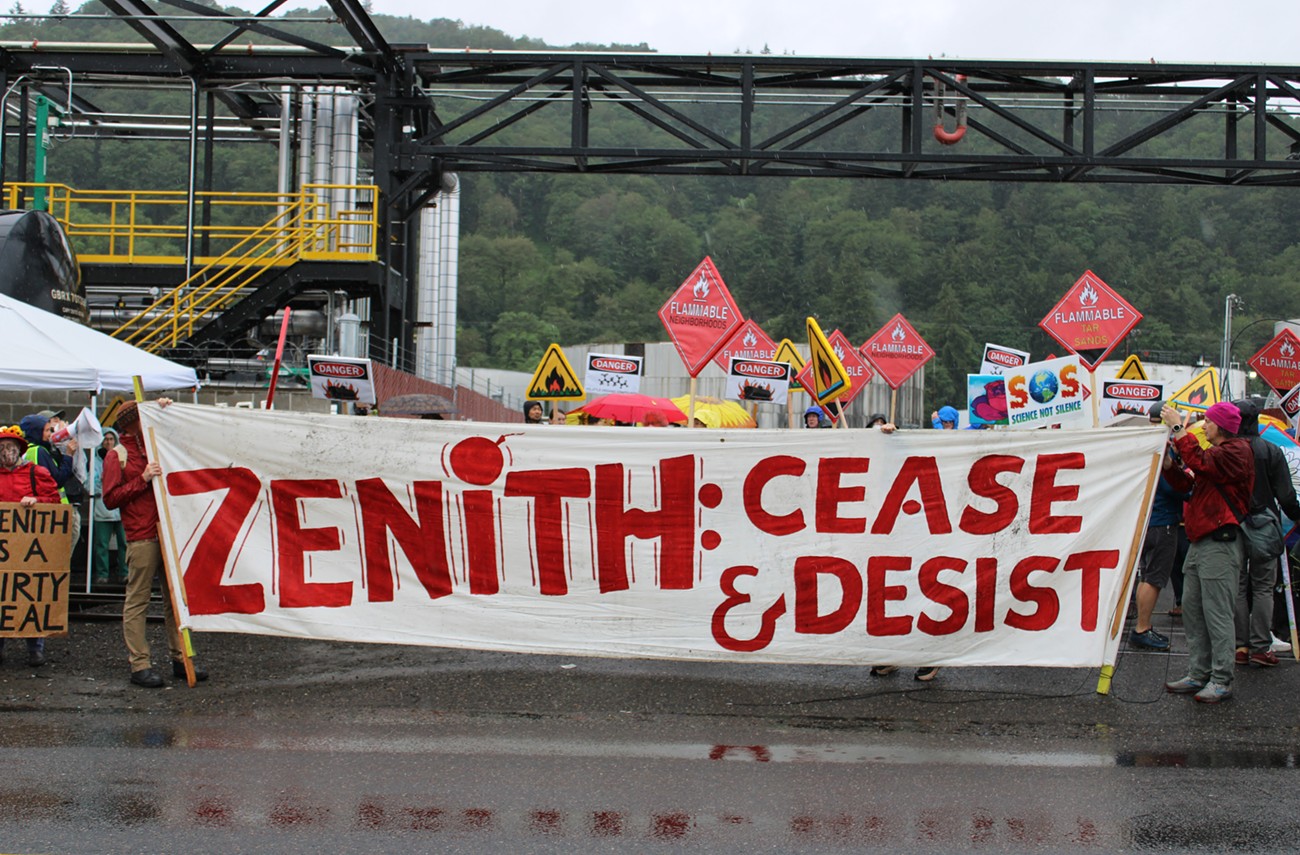 The city of Portland granted a land use permit to oil transporter Zenith Energy Monday, paving the way for the company to continue operating its Northwest Portland facility—with conditions. The approval may lead to the end of Zenith’s ongoing legal battle with the city over a previous denial of the permit.

In August 2021, the city of Portland denied Zenith Energy a Land Use Compatibility Statement (LUCS) for its oil storage and transporting facility along the Willamette River. The city claimed Zenith’s operations—transporting over 200 million gallons of crude oil per year—were not in compliance with Portland’s 2035 Comprehensive Plan. Without the LUCS, Zenith could not be approved for a new air permit from the Oregon Department of Environment Quality (DEQ), which is required for the facility to continue operating. Zenith launched a legal challenge against the city and has spent the past year pushing the legal battle to higher and higher courts. The Oregon Supreme Court is currently deciding whether to take the case.

In September, Zenith took a new approach to its challenges in Portland by submitting a new LUCS application, this time offering to phase out 100 percent of the facility’s crude oil operations in five years, along with other operational limitations. The new LUCS application was approved Monday after city staff determined Zenith’s renewable fuels plans are in line with city policy.

“This decision is a strong signal to industry that Portland will work with partners towards cleaner air and less dependence on fossil fuels,” said City Commissioner Dan Ryan, who oversees the bureau responsible for approving the LUCS. “I am confident that these terms are a step in the right direction. I also expect Zenith to maintain compliance—with full transparency to the community—to ensure the agreements made in this Land Use Compatibility Statement are actualized.”

The city’s approval of the LUCS triggers the DEQ to evaluate Zenith’s air permit application. The DEQ’s review process will include a public comment period, unlike the city.

If the air permit is granted, Zenith will also reduce the number of railcar spots that can unload crude oil at its facility, remove 30 storage tanks over the next seven years, not use floating roofs that can increase the capacity of storage tanks, and cease all operations at its asphalt refinery at the facility. The LUCS also includes conditions that allow city inspectors to visit the facility to confirm crude oil is not being unloaded, require Zenith to hire a third party to test its materials and report the results to the city, and allow city inspectors on site immediately upon request. Zenith previously misled state regulators about its facility operations and the city has pointed to its lack of trust with the company as a reason to stop its operations in the past.

According to the Bureau of Development Services—the city bureau that evaluated the LUCS—the changes to Zenith’s operations will decrease the facility’s emissions from 179 tons per year to less than 40, or a nearly 80 percent reduction.

The new LUCS does not immediately end the ongoing legal battle—as of Monday, Zenith’s legal case against the city of Portland is still awaiting a decision by the Oregon Supreme Court. However, the city-approved LUCS includes language that prohibits Zenith from contradicting the conditions in the approved LUCS once the DEQ grants an air permit. In other words, if the DEQ approves the air permit, Zenith’s legal fight to continue transporting fossil fuels would be in violation of its agreement with the city. Zenith also indicated that the new LUCS approval will lead to the conclusion of its legal challenge against the city.

“With the receipt of the LUCS, we look forward to the resolution of all legal matters concerning the operation of the terminal, which will help the region realize a low carbon, renewable fuel future,” said Dana Love, general counsel for Zenith Energy.

Environmental activists who celebrated Portland’s original denial of the LUCS last year were hopeful the city would deny the second LUCS and continue fighting Zenith in court.

“Granting Zenith—a company with a track record of misleading city and state regulators—a LUCS while the company is still suing the city over its previously denied LUCS is wildly irresponsible,” said Nick Caleb, an attorney with environmental organization Breach Collective. “It’s not even clear that the terms of this second LUCS are enforceable and the “deal” does nothing to protect Portland’s residents from dangerous trains or fuel storage facilities. The city fast-tracked this decision without any community involvement and with full knowledge of how many residents and elected officials spoke out against Zenith’s operations last Fall.”

The DEQ has not announced a date for the comment period for Zenith’s air permit.